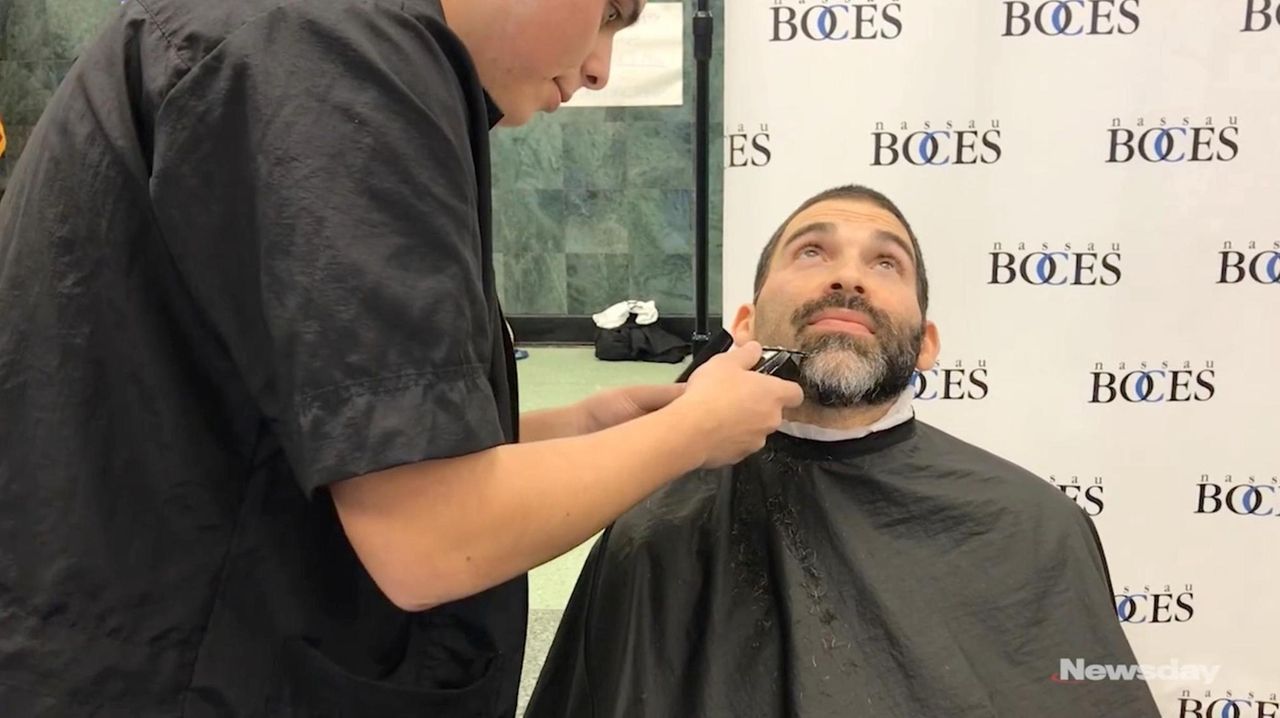 On Friday, high school students shaved the faces of teachers and administrators in the Jericho School District who participated in "No Shave November."  Credit: Beth Whitehouse

Sixth-grade students cheered and took photos with their smartphones as Jericho Middle School math and science teacher Joe Kuehn had his beard and mustache shaved by Bethpage High School student Alex Monoyos, 16, in the Jericho school lobby on Friday.

Kuehn had grown the facial hair as part of No Shave November, a movement meant to raise awareness of and funds for research into men’s health concerns. Area high school students studying barbering at Nassau BOCES Barry Tech in Westbury shaved more than a dozen Jericho School District teachers and administrators who had participated in the fundraising effort.

“We’re one big happy family here getting shaved today,” said Bill Ferro, president of the Jericho Board of Education. “It’s time to shave. It itches.”

Having the students do the shaving gave them a chance for hands-on barber experience, says Madelaine Hackett, assistant principal at Barry Tech.

“At first it was very nerve-wracking,” said Barry Tech student Rodrigo Iraheta, 16, a junior at Uniondale High School. “But after a while I got used to it and all the nervousness went away.”

The Jericho district raised more than $7,000 during No Shave November, said Jericho Superintendent Hank Grishman. This is the first year they participated as a group, he said.

“I’m happy to have it off,” said Michael Hahn, Jericho’s director of facilities. “They did a great job, the kids.”

12 fun LI places for career-minded kidsA firefighter? An actor? President? There is something fun for children to do on LI no matter what they want to be. 18 historic LI places kids will loveStep into the past, make crafts, explore nature and more. 50 best places for families on LIFind out where LI parents love to take their kids.