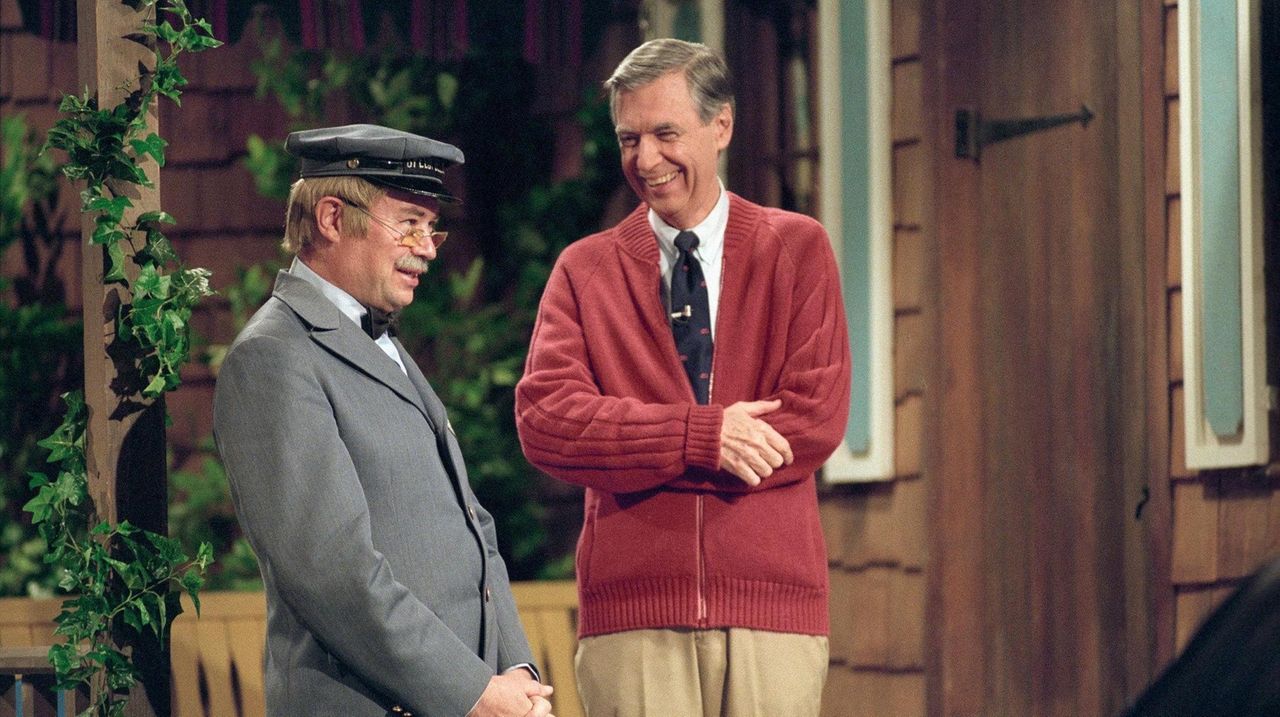 A new movie about Fred Rogers’ life — starring Tom Hanks as Mister Rogers — opens Nov. 22, and in honor of the film debut, Newsday showed clips from a “Mister Rogers’ Neighborhood” episode from 1975 to Kindergartners at the Ulysses Byas Elementary School in Roosevelt to see what they think of the iconic show. Credit: Newsday / Yeong-Ung Yang; Lynn Johnson

How would watching a TV-show host slowly take off his work shoes, toss one from one hand to another, and put on his sneakers rate with 5-year-olds in the year 2019? A new movie about Fred Rogers’ life — starring Tom Hanks as Mister Rogers — opens Nov. 22. In honor of the film debut, Newsday showed clips from an early 1970s “Mister Rogers’ Neighborhood” episode to kindergartners at the Ulysses Byas Elementary School in Roosevelt to see what they think of the show that was iconic in its day.

Let’s just say it was no “Frozen.” But if anything, it got a discussion going.... sort of.

The moral of the episode, ''Mister Rogers As a Boy,'' seemed to be about the power of make-believe. He showed viewers a black-and-white silent film of himself as a baby, taking his father’s hat off his head and throwing it to the ground, and himself as a toddler running around at the beach. Rogers explains that he spent most of his childhood as an only child and had to use his imagination to entertain himself.

He lapses into a song called “Pretending,” with its soothing, slightly melancholic, twinkling piano accompaniment that was a trademark of the children’s public television program, which aired from 1968 to 2001. Although the boys and girls squirmed in their seats during the tune, with some turning away, their teacher, Kirsten Roberts, soon had their attention when she paused the show to ask questions.

What do they pretend? she asked. One said he imagined being ''Sonic the Hedgehog,'' another a princess, someone else a doctor, still others — a pirate, a police officer, a character in the much faster-paced kids’ cable TV cartoon “Teen Titans.”

Then Rogers took viewers into his backyard, where he formed two mountains of sand in his sandbox and used a garden hose to add water to make a stream in between. ''Whoa,'' the children exclaimed. This, the children said afterward, was one of their favorite moments.

After that, viewers visited the Neighborhood of Make-Believe, where the puppet Daniel Striped Tiger introduced Lady Aberlin and King Friday XIII to his invisible friend, Malcolm Apricot Dinko.

Perhaps surprisingly, the part of the show that drew the biggest reaction was the film of Rogers as a baby — the children giggled through the hat-throwing scene. And many said they recognized the Daniel Striped Tiger puppet, upon which the current animated preschool series “Daniel Tiger’s Neighborhood” is based.

But the rest of the episode failed to hold their interest — the kids started to get up from their seats, put their heads on their desk and play with their clothes. “It’s too much,” said one bored boy.

Roberts had given the children a homework assignment the night before to watch an episode at home with their parents, and many said they had. When asked, they said they learned about growing vegetables and flowers, making a pizza, building a chair and repairing a device by changing its batteries.

And while a few of the 4- and 5-year-olds said they didn’t like the show when asked — some naming other current TV characters they prefer, such as speedy superhero “The Flash”-- many raised their hands enthusiastically when asked if they would watch "Mister Rogers' Neighborhood" again. One girl asked if she could watch it — on her mom's cellphone.