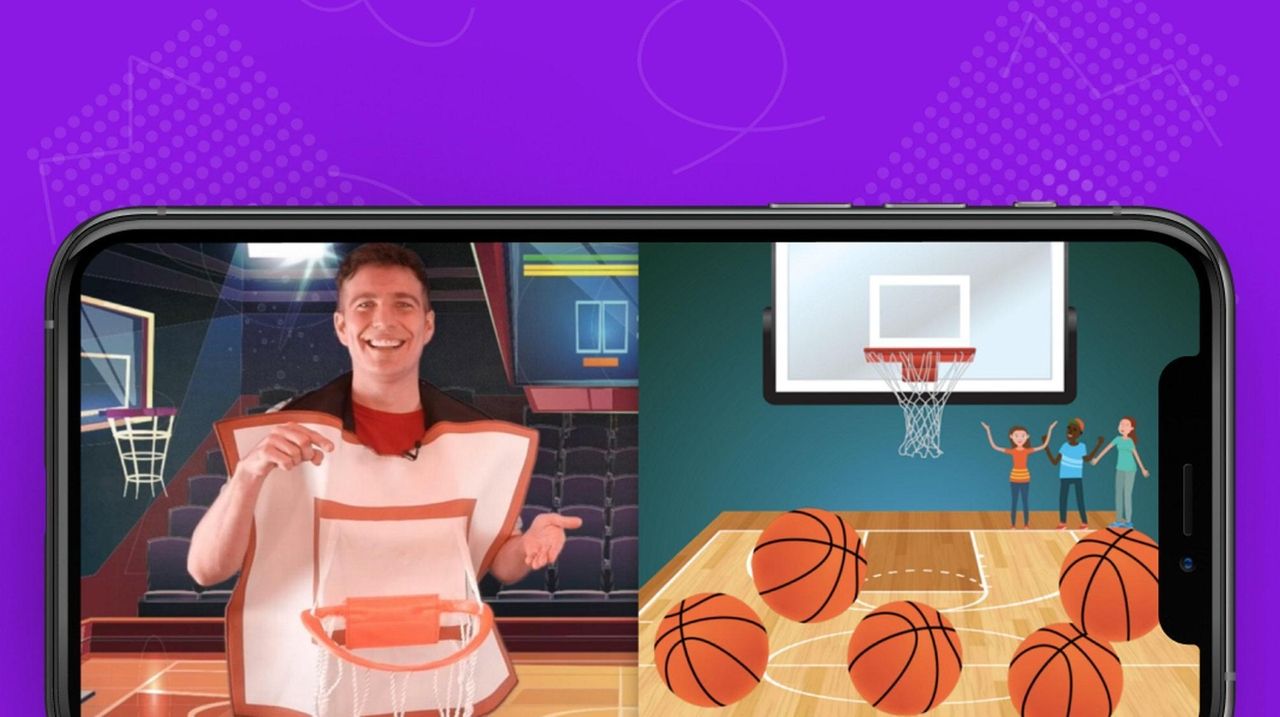 Grammy-winning family performer Tim Kubart may be standing in front of a blank green screen in the den of his childhood home in Farmingdale, but children watching his new online show are seeing him interact with a yellow animated dinosaur named Hellosaurus and are treated to videos of kids celebrating a birthday that day.

Each episode of “The Birthday Show” is structured like a birthday gathering and has a different theme, such as an art, animal or dance party. The interactive programming is unusual because it lets viewers tap on their tablet, computer or phone screen to play games, unwrap presents, and even make a cat meow using innovative technology, says Kubart, 35.

The company behind the “Blues Clues”-style show, also called Hellosaurus, launched the programming on May 11, months earlier than planned, to give children ages 3 to 8 another entertainment option during the pandemic, Kubart says. “Not only are kids missing out on having a birthday party, they’re missing out on going to birthday parties,” he says. The show has launched from an unexpected venue — Kubart’s parents’ house on Long Island, where he's currently staying.

In addition to featuring children who are celebrating a birthday, whether from Long Island or across the globe, each 15- to 20-minute episode also gives kids a chance to submit video “presentations” — PRESENT-ations, get it? — to help celebrate other children’s big days. Those might be cards they made, or a dance they created, or a song. And it stars special guests — for instance, Long Island jazz musician Gil Goldstein appeared on a recent episode. “I played ‘Happy Birthday’ on the accordion,” Goldstein says. A new show streams every Saturday at noon, but shows are archived and can be watched any time for free at thebirthday.show.

Noah Quigley, 4, of Greenport was one of the first children to be wished a “Happy Birthday” on the show, and his sister, Hannah, 8, did a “presentation” of a finger puppet show. “My son … was just thrilled and was telling everyone that he was on ‘The Birthday Show’,” says mom Kathryn Casey Quigley, director of the Peconic Community School in Aquebogue. “I think it’s very well done. It’s personalized, there’s entertainment and it’s interactive.”

PLAY WHILE YOU WATCH

This isn’t the first time Kubart has hosted a children’s program — he previously hosted a Sprout TV show called “Sunny Side Up” from 2015 to 2018 which received multiple Emmy nominations (his 2016 Grammy was for the children’s album, “Home”). And he’s not the only member of the Hellosaurus crew who’s on Long Island. Hellosaurus founder and CEO James Ruben, previously director of product for the HQ Trivia app, is holed up in Wainscott and creative lead Sara Berliner, who came up with the idea for the birthday theme, lives in Cutchogue.

“’The Birthday Show’ is our first show using the interactive tools the company is based on,” Ruben says. “We wanted to demonstrate how cool and fun and engaging it can be to really play along with the show instead of just watch it.” In the future, the company plans to market its proprietary technology to other companies that can use it to create their own interactive programming, he says.

"I do think it's incredible that we live in a time when we can reach the whole world from anywhere," Kubart says, even from a Long Island den. "Our goal is to bring joy into an uncertain time."