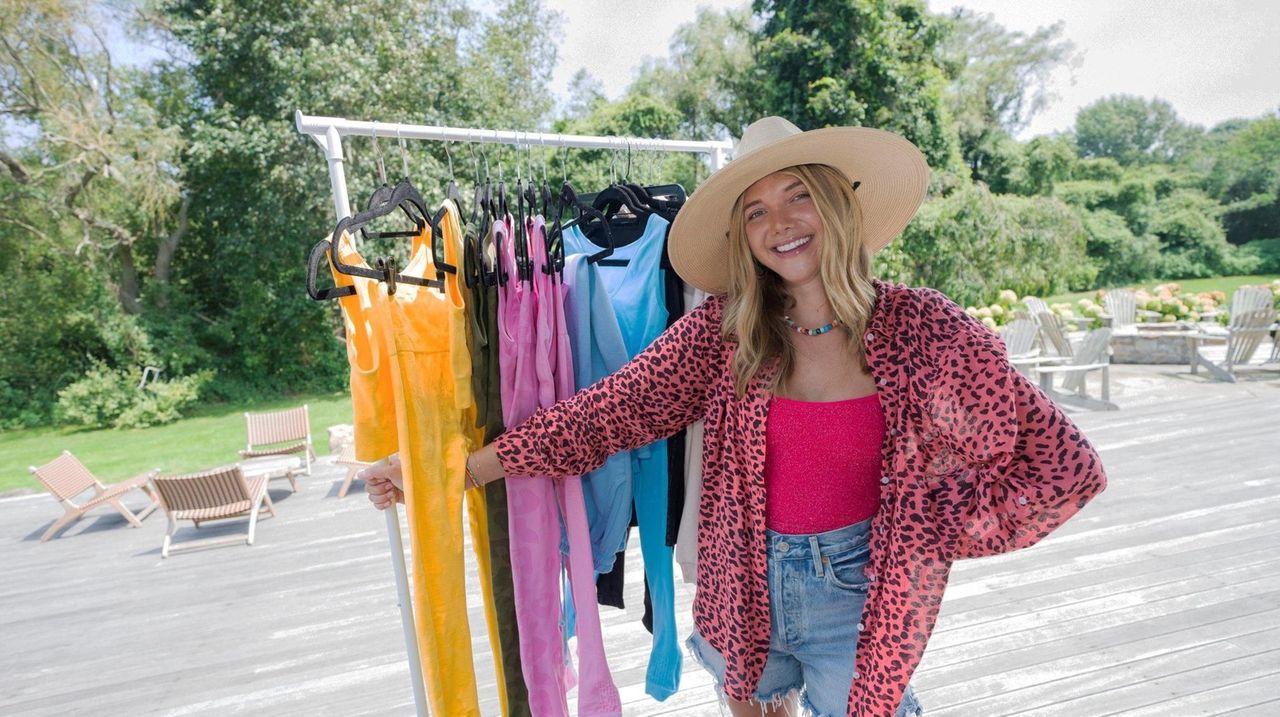 When Katie Sands, 27, the lifestyle influencer behind the @honestlykate handle says she wants your opinion on something, she really means it. During her several-month quarantine at her folks’ home in Locust Valley where she grew up, she tapped her almost 280,000 Instagram followers for their thoughts on what would make a perfect athleisure line. And then, in a collaboration with NYC-based activewear manufacturer Phat Buddha, she created one: HKxPB — Honestly Kate by Phat Buddha — a collection of bra tops and leggings in rainbow colors that her audience helped design.

“It was the second week of March and I was fully quarantined and I got to thinking that people really wanted to connect with each other beyond talking about working from home or baking banana bread. So, I thought, ‘let’s get my audience involved in designing a collection so they could have something to do every day.” She began by asking if they’d be interested in the process on Instagram. "I thought, if they reacted positively, we’ll continue and if they were not interested we’ll put this to bed.”

The reaction was seismic and Sands’ followers enthusiastically weighed in on every step of the process. “It was such a collaborative experience,” says Sands who put comments she received up on a mood board for inspiration and dubs her collection, “For You, By You.” She says her “fellow creators” even chose the colors in the collection via Instagram polls.

Typically, a fashion launch may involve glamorous photo shoots — hair, makeup, maybe a wind machine and an exotic location — but in the midst of a pandemic, these niceties were unavailable. Most of the campaign is shot in Sands’ backyard or at the beach in Sagaponack by her sister, Gracie, 20, who also modeled the clothes. “This was not glamorous at all. I actually changed in the car,” says Sands of her beach looks.

The end result is 17 pieces in different colorways divided to create three separate drops. The first comprised of six items is already out and comes in brilliant shades of yellow, pink, blue and natch black, which actually sold out, says Sands “in two minutes.” The others sold out in two hours but she was able to order restocks on them and some are still available. The second collection will be available in late August-September and the third in October.

Sands says the bra in the collection is “the hero piece and can go from street to sport and fits everybody.” And even before this collaboration, she was a fan of Phat Buddha because, “they have a patent on the most incredible, seamless fabric. It fits and molds to everyone’s’ body type.”