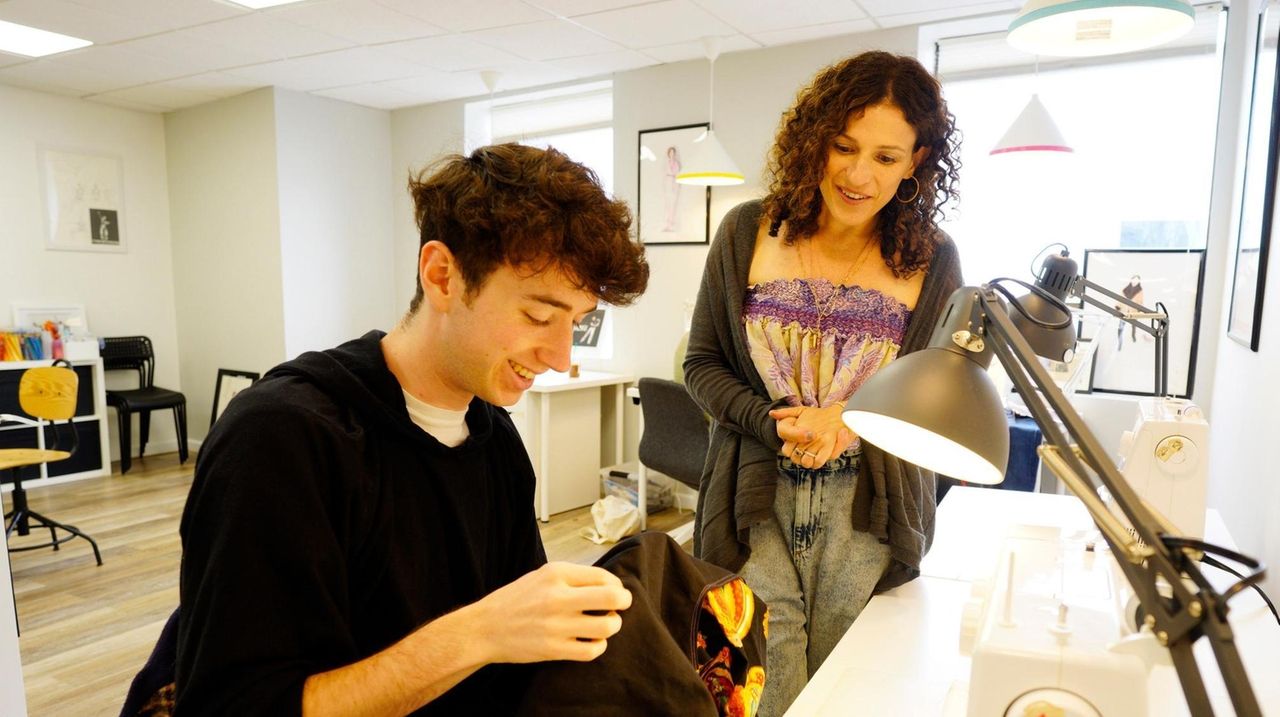 Like most kids, Aidan Zeidman, 18, is spending his summer at camp — but he won't be playing baseball or going on a nature hike. "I'm making a pair of denim twill pants," Zeidman, of Port Washington, says.

He recently joined My Style Camp, a new "camp-like" experience launched by designer Stacey Saltzman in a new full-size studio in Port Washington. It’s a studio where kids ages 7 to 18 can design, sketch, sew and wear their own fashions.

Saltzman, who's worked as a clothing and costume designer for companies such as Tommy Hilfiger Girls and Sundance, calls her company My Style Camp because she says her workshops have a camp-like, collaborative feel. She started the company four years ago in the garage in her home and has now expanded it to a brick-and-mortar.

"I love to show young people who like to think out of the box there are so many things they can do," she explains. "I’ll take sophisticated design concepts and teach them to anybody. It doesn’t matter if you’re 7 or 17."

A DAY AT STYLE 'CAMP'

Kids who are camp regulars design in a collaborative space together. "I think of it as putting a puzzle together backward," says Zeidman, of Port Washington. "First, you have a picture in your mind of something you want to design. Then you think about how you’re going to construct it out of fabric."

Fourteen-year-old Ray Ilberg, of Glen Head, adds, "In class, people express themselves through clothing. So, we make a mood board. It’s a place where we translate what’s in our minds. We look at photos in magazines and exchange ideas and come up with the looks we want to create."

From there, the kids draw sketches, choose fabrics, and begin cutting patterns and sewing. Students get their own sewing machines, drawers and supplies.

"Before I worked with Stacey, I’d taken design classes, but I knew zero about sewing," Zeidman explains. "I couldn’t create what I saw in my head." After attending a previous class, he was able to create his own coat.

During the design process, the kids discover their unique creative styles. Ilberg says, "I like styles from the '50s, '60s and '70s, and I like grunge and Gothic. Sometimes, I’ll design pieces separately. Other times I’ll combine them." Zeidman says, "My personal style is not perfection. What I create doesn’t have to be symmetrical. I like experimenting."

What’s at the heart of My Style Camp?

Saltzman explains, "This is a place that’s open and accepting."

"In school, I don’t play a sport. So, this is another outlet for me and a place to be," Zeidman says.

Marielle Jacobson, 8, of Port Washington, has already designed, sketched and sewed her own maxi dress, shorts and a scrunchie. Her parents say they see a new, confident side of her.

"We like to embrace who you are and never take that away," says Saltzman.

Current camp classes run weekly and full and half-day options are available. Children can sign up on a rolling basis. An upcoming camp for teens and tweens dubbed "Sewing and Fashion Design: Sunset Vibes and Inspirational Words" runs Aug. 10 through Aug. 13. Fall classes will also be available.