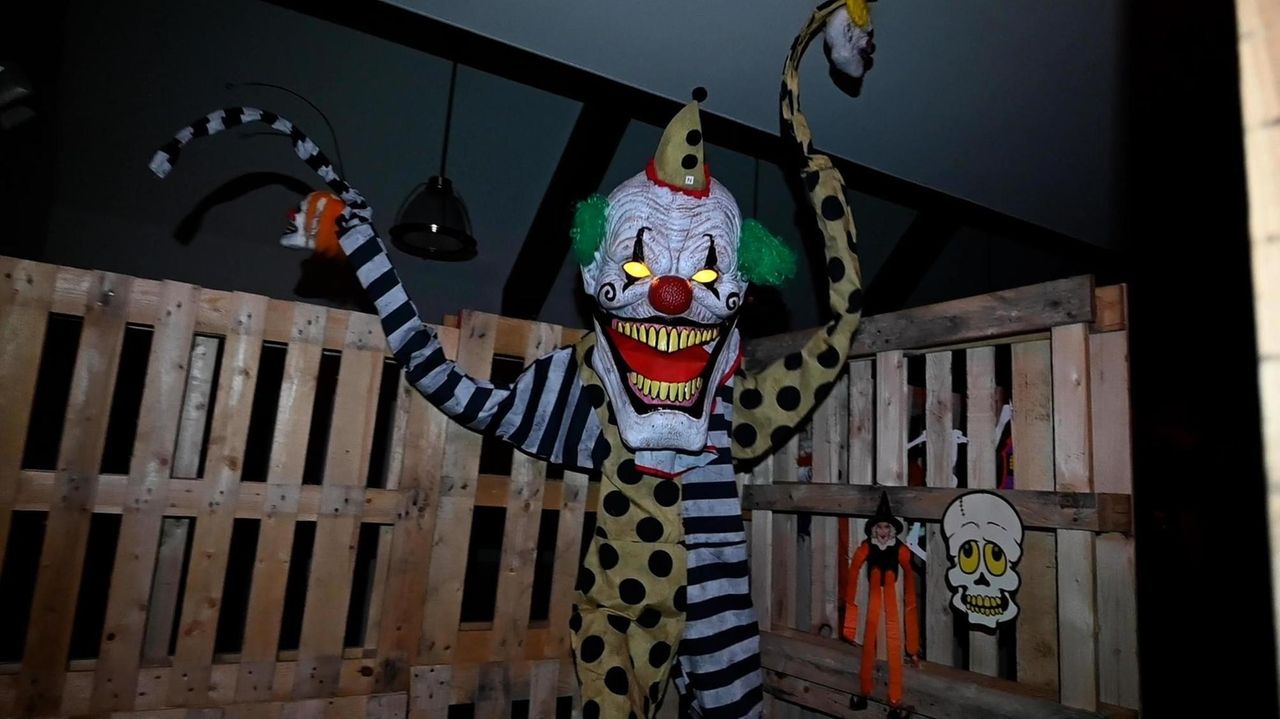 The Dark Night Halloween Trail, which takes place outdoors on the grounds of the Long Island Community Hospital Amphitheater in Farmingville, combines a classic haunted trail walk with the cultural energy of the 1990s. Credit: Howard Simmons

If you think nostalgia and a good scare make a perfect pair, the Dark Night Halloween Trail may just be a fit for you and your family.

Taking place outdoors on the grounds of the Long Island Community Hospital Amphitheater in Farmingville, the experience combines a classic haunted trail walk with the cultural energy of the 1990s. "We're doing this to bring the fun back to Halloween," says Will Puntarich, who goes by W.P. West, creative director of the Dark Night Halloween Trail and the Aurora Interactive LLC company. West adds it's about "being with your closest friends and family during the scariest time of year and reconnecting with your inner child."

The trail will feature moments that "will definitely pop out and scare from a distance," says West, "but we're really trying to make you laugh. This is a horror comedy more than anything. We're being satirical and want everyone coming to have fun. If we had to rate it, it's more R.L. Stine than Stephen King."

The back story behind the Haunted Trail sees participants in a fictional radio show travel back to 1999, where they will encounter characters, movies and music inspired by the '90s while walking a darkened trail for about a half-hour using only a flashlight. Attendees will do some detective work along the way in order to figure out who "cursed" the property under their feet.

Don’t expect exact copies of famous faces and figures from the decade, but instead, original characters based on them. "If you grew up in the '90s, you'll definitely be able to pull out references. We either mashed up well-known icons or referenced the decade in different ways," West says. "Imagine taking Leatherface from 'Texas Chainsaw Massacre' and mixing that with Barney the Dinosaur. That's where our heads are at."

The music played, according to West, will be vaporwave versions of popular '90s tunes that tie into the satiric nature of the event.

All who take part are encouraged to wear '90s-style attire to match with the theme and with the Halloween spirit. In addition, families can bring their little ones, who can instead walk through a not-so-spooky trail which also involves solving a mystery. The same characters from the scary version appear, but they won't jump out for scares.

All guests are encouraged to wear face masks. All the actors involved will be wearing masks under their costumes and will always remain at a distance from participants. Proceeds from tickets sold are slated to benefit the nonprofit Literacy Inc.

ADMISSION Tickets are $35; ages 4-12 are $15; no charge for ages three and under; pay $45 to jump to the front of the line. Admission for adults can be purchased via the Dark Night website, younger rates can be paid with cash only at the box office. At least one parent or guardian must accompany children through the not-scary walk.