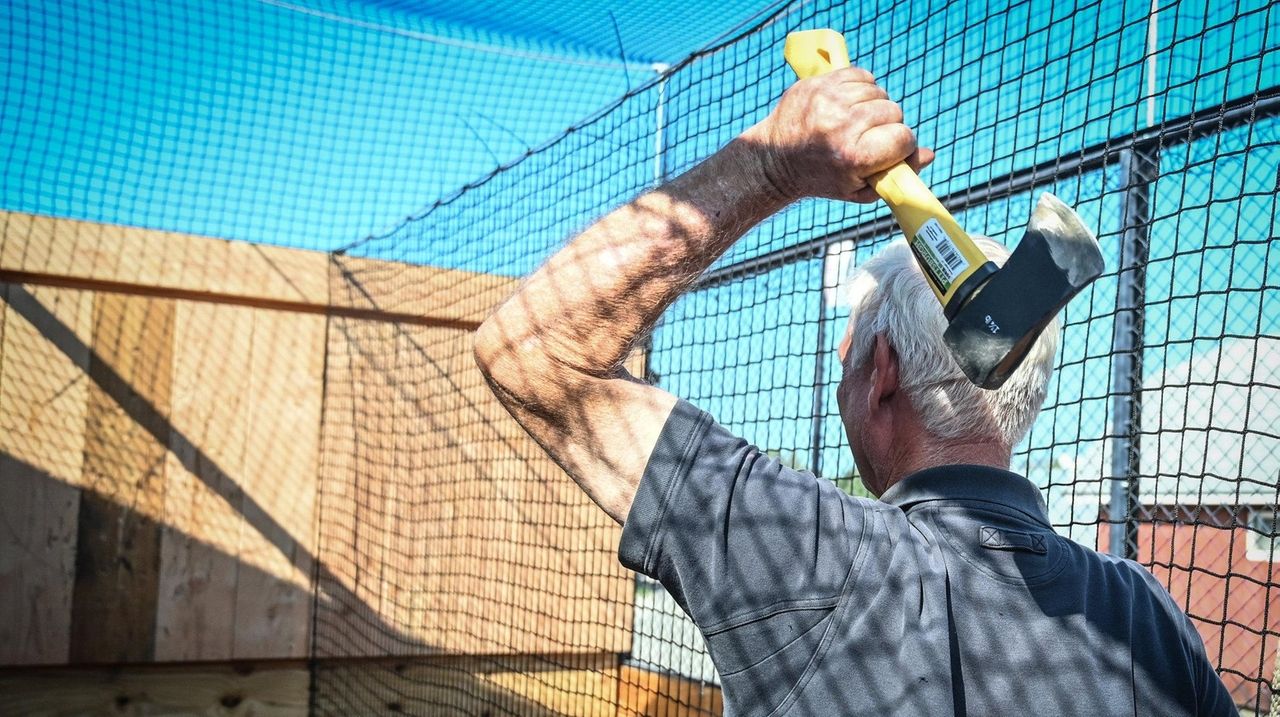 It’s not everyday you get to throw an ax — why let horror movie villains and lumberjacks have all the fun? This year at Schmitt’s Melville Asylum and Psycho Path, the art of ax-throwing is a new side attraction to its long-running haunted house.

“This is one of those new crazes that’s big in the Midwest,” says manager Tony Arone. “It’s got a similar vibe to darts.”

Five dollars gets you four throws of the 16-inch ax, with two players going head-to-head to hit the bull's-eye for points.

For the uninitiated, the task is more about strategy than strength.

“People make a mistake by trying to throw it as hard as possible. But then you are not getting the right rotation out of the ax,” says Arone. “The key is to let the weight of the ax do the work for you.”

It’s essential, he adds, to be very careful and not get too fancy with the toss.

“If you try to make it spin around five times, you’ll never get it in,” says Arone. “Throw it once so the head goes down and comes back up then you’ll pretty much hit the board every time.”

Schmitt’s is celebrating its 25th anniversary with a new haunted house featuring demented patients, creepy doctors and frightening orderlies in a 30-plus room dubbed the Melville Asylum ($28 admission). Meanwhile, patients who have been experimented on lie within the Psycho Path maze within the farm’s corn fields ($18).