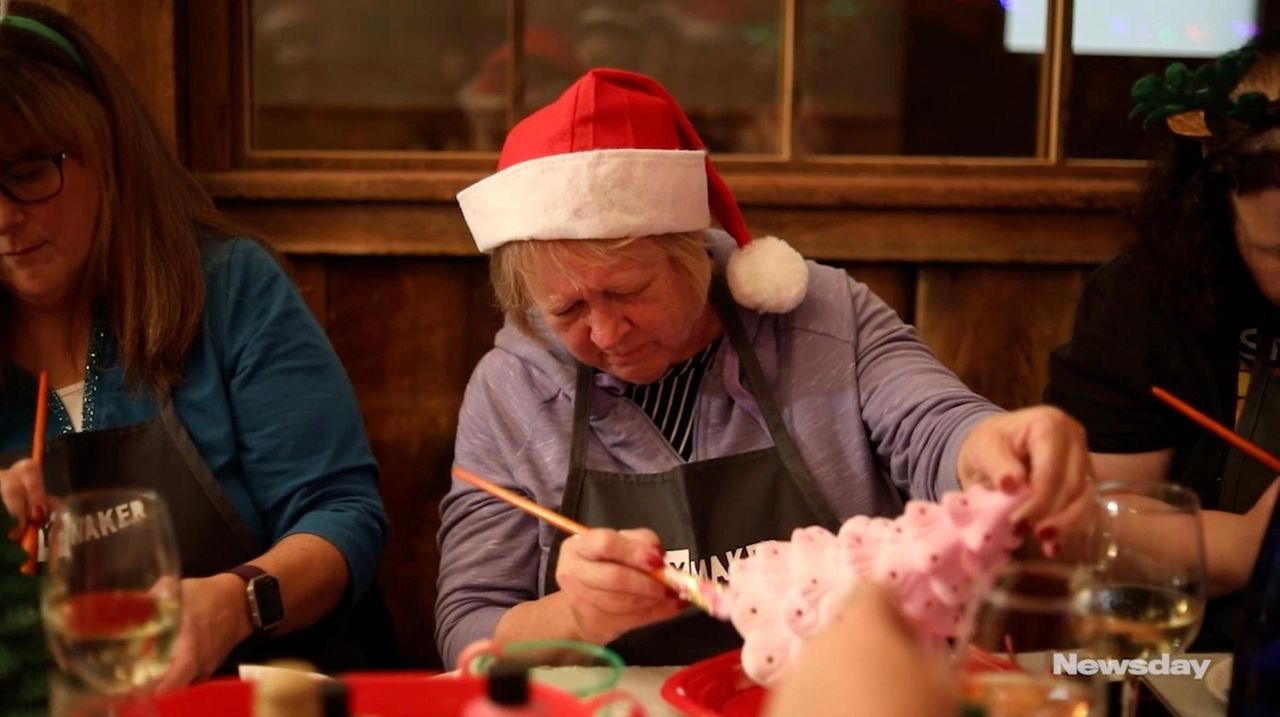 It’s likely your mother, grandmother or great grandmother had one, and that at Christmastime it graced a front window, sat proudly on a living room table, or was perched atop a doily draped over an old television set.

The once must-have symbol of the Yuletide season — the kitschy ceramic light-up Christmas tree that dates back as far as the 1940s and was hugely popular in the 1970s — is having a moment again.

Ceramics painting classes on Long Island and elsewhere are being built around these old-school miniature trees and are attracting all ages and both genders. Home Depot, Wayfair, Target, Walmart, Bed Bath & Beyond, Kohl’s and Hammacher Schlemmer are among the retailers selling new versions this year. Some of the true vintage ceramic trees are selling for hundreds of dollars on eBay.

“It’s a nostalgia thing that people realize they want back in their lives,” says Thea Morales, 43, owner of Rosie’s Vintage in Huntington. She says she started getting calls from prospective customers earlier this month asking if she’d be selling any. As of publication time, she had amassed a small forest with trees mostly from the ‘60s and ‘70s. They include those that became the most popular back in the day — the dark green tree or the white with multicolored lights — as well as some more out of the ordinary finds including one in pink that hangs on wall, a white one complete with twirling skaters, and some with light-up butterflies and flowers. Prices range from about $30 to $80.

“Some have birds that light up,” Morales adds looking over the collection of the trees at her shop. “Basically, these trees (originally) were made by companies or in pottery workshops,” starting in the 1940s, she adds. “The big boom was the 1970s.”

Morales and others say it’s nostalgia that’s at the root of the renewed interest in these vintage and vintage-look trees along with the festive look they can create without a lot of fuss or taking up a lot of space.

“About two years ago I started seeing people coming in for the trees and they’re starting to come back big time,” says Jane Zimmerly, owner of J & D Ceramics in Lindenhurst. “I have to get pouring (the molds),” she quips. The store sells finished and unfinished vintage-look trees and offers decorating and painting help to walk-ins. By early November, Zimmerly says she had sold the four finished trees that had been on display.

Pat Young, 68, a retired postal worker who lives in Ronkonkoma says the trees bring back fond childhood memories. She grew up in Ridgewood, Queens, and signed up for a ceramic tree painting evening that was held at That Meetball Place in Patchogue recently by the Boston, Massachusetts-based Yaymaker painting events company. Young says the trees make her think mostly of her late mother. “I bought her one of the trees after my brother and I left home and there were no more kids in the house,” Young recalls. “Every year it went out. She’d put it on top of the TV set, she’d plug it in and she’d be happy.”

Tammy Bishop, 32, an East Moriches resident and the organizer of the sold-out tree painting event attended by nearly 50 people, says the ceramic tree in her family was passed down through generations. She couldn’t recall who had it first, but she remembers her mother displayed it on the sofa table.

COST $60, includes everything needed to paint the trees including unfinished trees.

New LI dessert spot serves coffee imprinted with your photo
3:36
10 events, things to do this weekend on Long Island
3 LI restaurants to try this weekend
LI drive-in, outdoor movie and concert schedule for summer
New seafood spot opens in Bayville
Family carnivals are back: Put these dates in your calendar
Didn’t find what you were looking for?