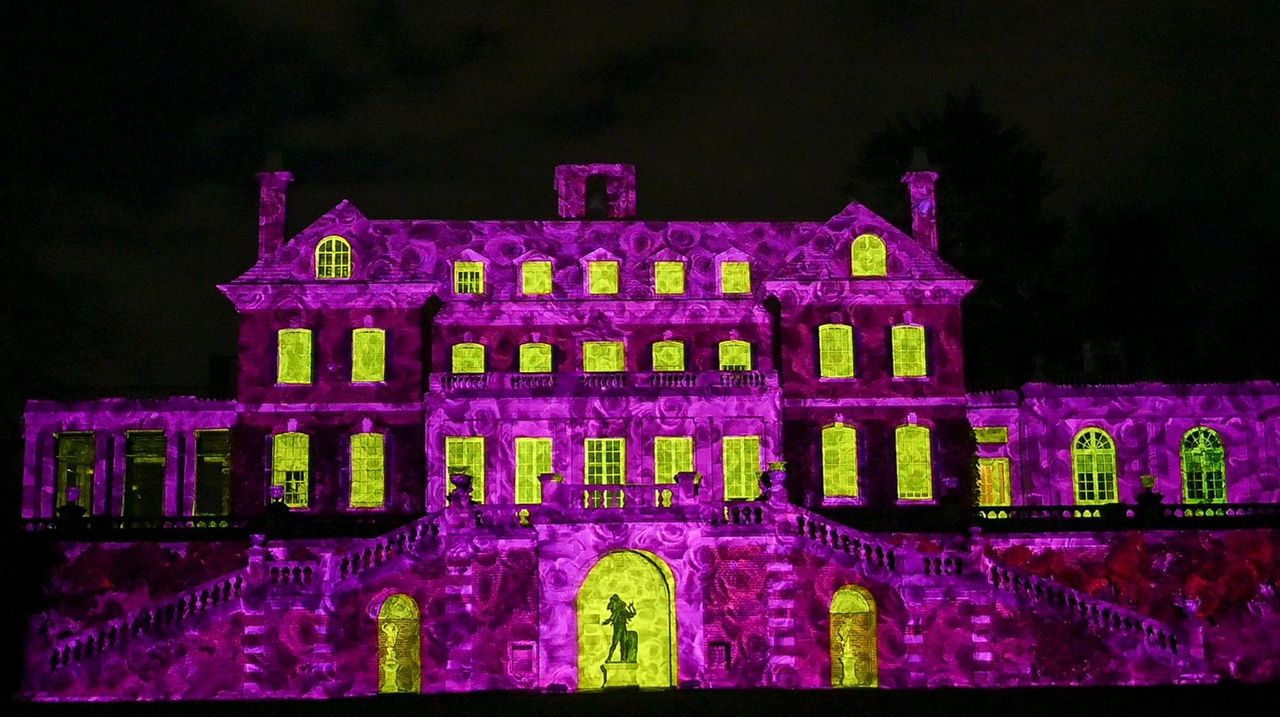 The Shimmering Solstice will light up Old Westbury Gardens this winter as the grounds are transformed into an immersive nighttime experience. Credit: Howard Simmons

This event has been in the planning process for quite some time, says Maura McGoldrick-Brush, director of horticulture for the gardens. "We’ve long been looking for ways to give people something to do here in the winter and extend our interest past the growing season," she says.

Calling the event "a winter lighting immersive," Warren Kong, a lead designer of Lightswitch, the company behind the event's light creations, says, "It started off with wanting to appreciate the environment that’s there and also to give somebody something unique and not seen anyplace else." Lightswitch, a lighting, media and visual design firm based in the U.S. and Hong Kong, first created the show at the Morton Arboretum in Chicago in 2013.

The idea for both the Chicago and Old Westbury gardens was to create a non-holiday-themed event that will invite people to enjoy the destinations at a time they’d typically stay away, explains Kong.

Shimmering Solstice will be more than just up-lighting in trees, though there’ll be plenty of that to show off structures and reflect the ponds. Trees, normally bare in the colder months, will appear to be in full foliage by the way they’re lit, notes McGoldrick-Brush.

Lights spanning the south allée will look like a field of wheatgrass surrounding the area. The experience will begin near Westbury House, the former Phipps family mansion, and span the west pond, rose garden and walled garden.

"It’s almost like you’re taking our suggested garden walk," says McGoldrick-Brush, who notes that the trail walk will take about 30 minutes. It is followed by a 10-minute custom projection show choreographed and scored just for the gardens.

"It’s going to be scored to sort of a play on Vivaldi’s The Four Seasons and it's going to take you through the seasons at the gardens, ending, of course, with the big holiday splash," says McGoldrick-Brush.

Each evening, there’ll be food at concession stands and fire pits to gather around.

"We’re really looking to make it a warm and fuzzy family kind of thing or an intimate date night kind of thing," says McGoldrick-Brush. "We’re trying to hit all the notes."

This Winter and Beyond

Shimmering Solstice will embrace the history of the area, the garden grounds and the iconic Westbury House, says Kong. "We want people to see the gardens in a new light."

The experience, which has been in development for over a year, will comprise 15 to 20 interactive unique spaces nestled within the garden, including lights that will cause your shadow to suddenly appear in nearby bushes.

"You’ll be able to just have fun, embrace your inner child," Kong says.

The exhibit, which takes about 20 people to design and another 50 or so to install, is expected to run for the next few years and change every year at Old Westbury Gardens.

"We’re going see what people really engage with and then try to create new and fun experiences year over year," Kong says.