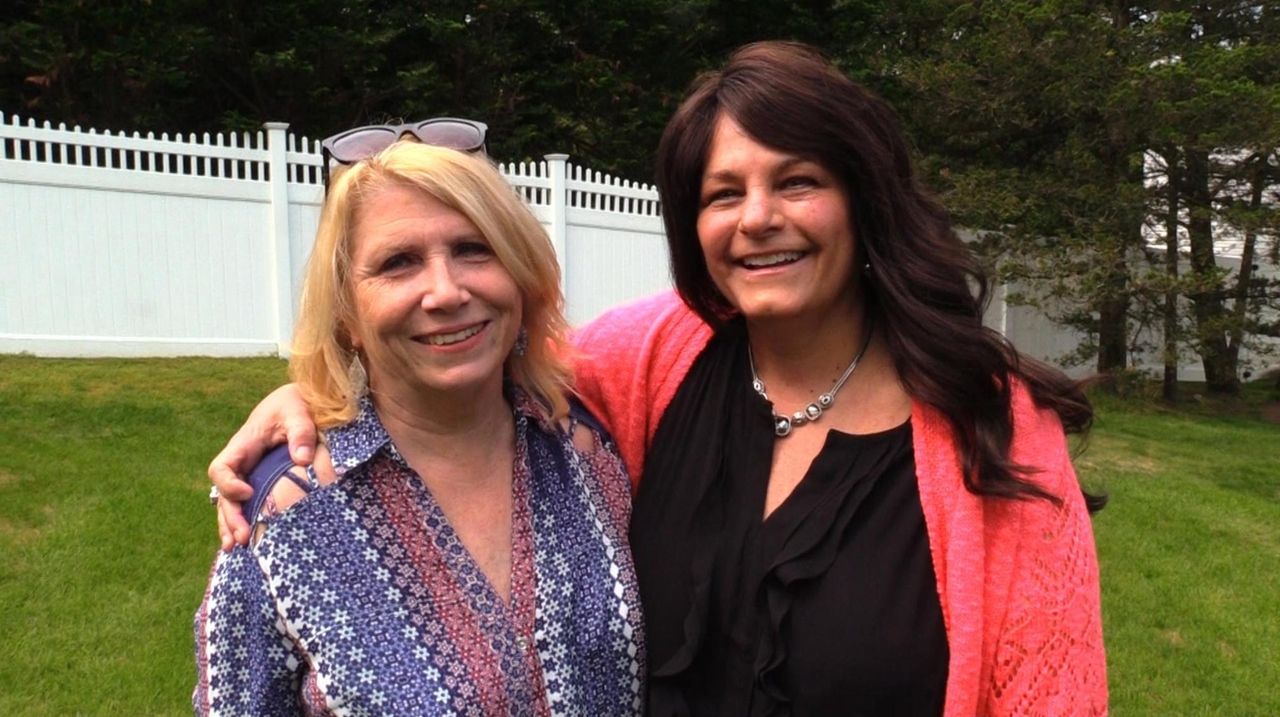 Lorraine Daly and MaryLou Gonzalez, of Lake Ronkonkoma, are neighbors, but they also are as close as sisters. They spoke about their 41-year relationship on May 19. Credit: James Carbone

By Betsy Abraham Special to Newsday Updated May 23, 2019 10:00 AM
Print
fbShare Tweet Email

There are good neighbors — and then there are great neighbors. More than just lending you a cup of sugar, these are the ones who treat you like family and sacrifice time, money and energy for their community. Neighbors of this caliber may be hard to find, but lucky for these Long Islanders, they need not look far.

Three weeks after graduating from SUNY Cortland, Dawn Bush, 37, had a brain aneurysm that resulted in a traumatic brain injury, known as a TBI. She also suffers from gastroparesis, or paralysis of the stomach. These maladies have inspired Bush to look outward, doing whatever she can for those around her, says Anu Annam, 47, an artist who also has TBI and lives above Bush in the Mayfair Gardens Apartments complex:

“She is a natural nurturer. I fell in my apartment, and she came up to check on me. She assured me I wasn’t alone. It gives me so much more security and more connection with the people around me. I know there’s someone I can turn to when I need help. She does this for everyone in the apartment complex. She goes around and talks to people. She’s friendly. She gets along with all ages, the elderly, as well as the other young people. She’s an inspiration.”

The winter after Latoya and Tim Gamble moved into their home in 2006, they ran into problems. That's when Lee Cormier, 78, a retired teacher, and wife, Eileen, 75, a retired nurse, came to the rescue, says Latoya, 33, a stay-at-home mother who lives at home with husband, Tim, 34, a telecommunications manager and small business owner, to Timothy Nicholas, 10 months old. Latoya Gamble says:

"It was a really cold winter, and our pipes froze. There was no water running to our bathroom. I called Lee to see if he had experienced anything like this. He offered us help. ... Lee and Eileen tend to know nearly everything about the neighborhood. I want to have a block party this year. I think it is important to learn more about my neighbors since the birth of my son last summer. I immediately went to Lee and Eileen first before the planning began because I knew they would point me in the right direction, and they did. ... Moving to a new neighborhood you are never sure what you are going to get. I have lived on Long Island my entire life and have heard horror stories from my friends. Lee always checks in with us to see how we are doing. He is simply delightful. He has supported us as we welcomed our son into the neighborhood. Eileen is just as amazing. She is such a sweet person. They have a beautiful spirit about them."

MaryLou Gonzalez, 54, a nurse, has lived next door to Lorraine and Dan Daly, both 65, for more than four decades, now with husband, Jack, 55, and their two children, 19 and 25. Gonzalez says of Lorraine, who works in transportation, and Dan, a retired airline mechanic:

"Our relationship started out when I was a young girl and Dan and Lorraine were a young couple starting out. They are now grandparents. When they had their children, I became their babysitter. When I had my children, their daughter became my children’s babysitter. The kindness and love they have provided to me and my family through the years have given me strength and support to get through many difficult times in my life. When my husband was diagnosed with Hodgkin’s lymphoma, they watched my two young children, then 9 years old and 2 years old, so I could be with my husband for every chemo and doctor's appointment without any reservations. I knew my kids were in the best possible care. As we would be coming home from chemo, Lorraine would be walking over with her big pot full of delicious, comforting homemade soup. When it snowed, Dan and his son, Sean, made sure to clear our walkways and driveway. This January, I was diagnosed with breast cancer and once again Dan and Lorraine have been a constant strength and support to me, my husband and my family. Once again, Lorraine is walking over each week with a fresh homemade pot of comforting soup. But it’s not just the soup. Their love, strength and support are getting us through the hard times once again. We are very lucky to have Lorraine and Dan Daly with us every step of the way, and I love them more than they could ever know."

Last July, as the Keenas came indoors to eat after barbecuing dinner, the grill's propane tank exploded. They grabbed their phones and fled. They have been renting a house in Massapequa Park ever since, as they've repaired their fire-damaged home. Through it all, Brian Keena, 43, who works at a mortgage company, says their Farmingdale next-door neighbors Gail and Kevin Hassett have been there for him, Keena's wife, Laura, 44, a homemaker, and their three children, now 9, 11 and 13. Keena says this of Kevin, 70, a retired law enforcement officer, and Gail, 67, a retired executive assistant, as his family prepares to move into their newly constructed home:

"We are in the process of rebuilding after the fire. They've helped us in so many ways during this process. We have used their water, their electricity for tools or extension cords from their house. Anything we've needed — they've been more than happy to help. The experience has been eye-opening. You see a lot of bad in people. This let us see the good. We've received help from so many neighbors who we owe thanks to, but we are lucky to live next door to Gail and Kevin."

For the last seven years, Jeffrey Spencer, 53, a parks and recreation attendant, has been holding "safe Halloween" events, Thanksgiving dinners and Christmas parties for the residents of Hempstead. A 24-year member of the Hempstead Fire Department, he ran a fire prevention program in schools for two decades. He’s also played a vital role in training his fellow firefighters, such as Hempstead’s Kevin Boone, 50, a Realtor. Boone, who lives on the other side of the village from Spencer, says:

“When I first joined, he took me under his wing as far as what to do and what not to do. He helped make sure I drove the fire truck and pumped the water correctly. He’s an ace, and he knows his stuff. He’s always been the type to help people. When he was with fire prevention, he didn’t get paid for that. That was all on his free time. He’s a very generous person. He really cares about his community. He likes to help and see smiles on people’s faces. He’s always around for people to lean on. He’ll give you the shirt off his back.”

Tracy DiMartino, 44, a clerk typist for Nassau County, says the reason Penelope McNicholas, 47, a physician assistant, is an extraordinary neighbor is because of the impact she has had on the Hicksville community. McNicholas’ Sixth Street porch is well known in the neighborhood, a collection ground for donated items that McNicholas and her team of volunteers — many of them teenagers — then distribute to the homeless, elderly and those in need overseas. While DiMartino and McNicholas have known each other for years, their friendship took on a new meaning recently, DiMartino says:

“I started posting on Facebook that I was going to boot camp classes and she said she wanted to join. I never dreamed Penelope would start coming with me at 5:45 a.m., but now she does. It’s the one thing she probably does for herself, and we have fun doing it. Everyone at the gym loves her. She has given my family and so many other families in this neighborhood a platform to teach our children about giving. It’s our chance to watch them learn how to be humble, kind and generous. It’s hard to explain to kids these days how fortunate they are, and Penny has given us opportunities to actually show them what it is to be selfless. She has made my children better people who I hope will one day continue her work in some sort of way.”

10 events, things to do this weekend on Long Island
Nassau County's first winery opens in Oceanside
How to cook the best pork chop
New Mexican restaurant opens in Seaford
LI restaurants serving great soups
Didn’t find what you were looking for?