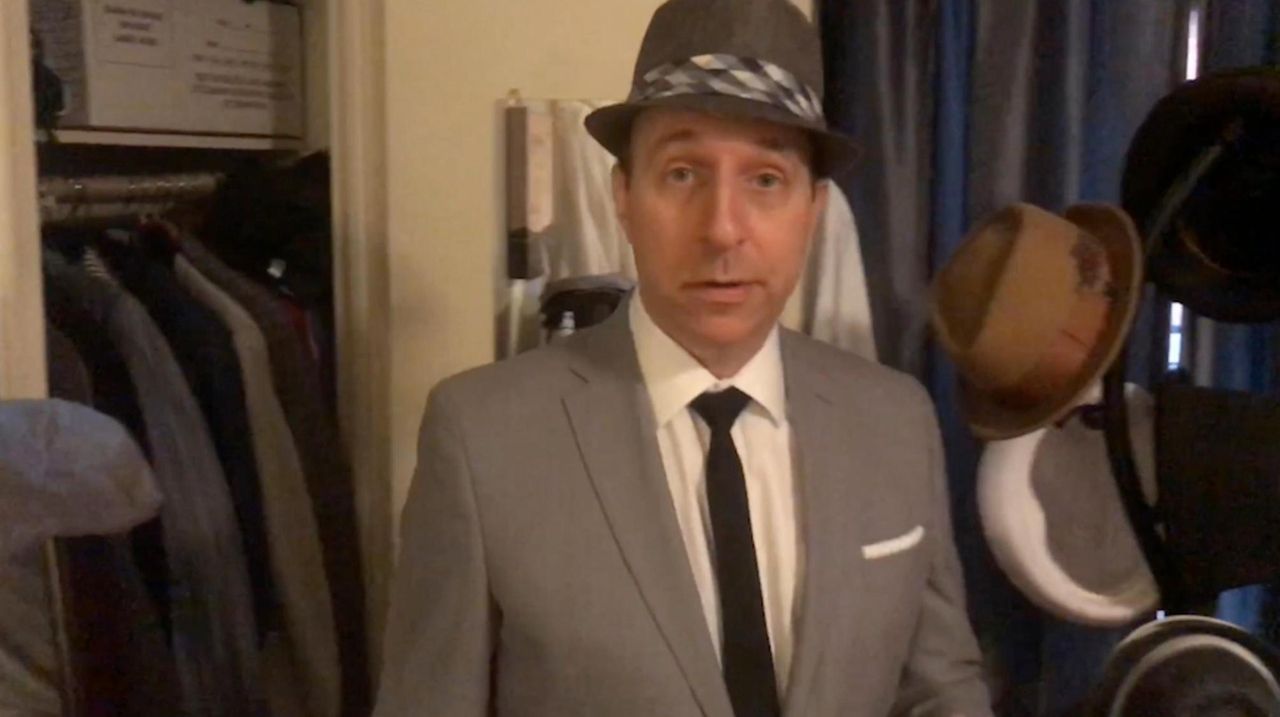 It's a show day for comedian Chris Monty — a private gig at Brookville Country Club — but first he has to get things lined up at home.

He makes a run to Metro Meat Market near his home in Forest Hills to pick up a chicken cutlet hero for his wife Kristen, who's home with their newborn daughter, and some pasta primavera for a post-show late-night snack when he gets back. Tonight's goal is working out some new material for his third annual headlining show at Molloy College's Madison Theatre in Rockville Centre on Sept. 28.

“People will come up to me and say, ‘I think I know you. Are you somebody?’ ” says Monty.

At 47 years old, Monty is many things — husband, actor, "an old dad," comedian — but right now he's a guy who needs to iron his shirt and get on the Grand Central Parkway.

This is the grind about six times a week (a slow week is 3 shows, a busy week is 12) and the gigs run the gamut from casinos and comedy clubs to VFW halls, firehouses and gated senior citizen communities. He's had stints on “Vinyl,” “Orange Is the New Black,” “The Blacklist” and “Red Oaks.” Fellow Long Island comic Kevin James even put him in his film, “Paul Blart: Mall Cop 2” and his sitcom, “Kevin Can Wait.”

Monty was raised in a middle-class neighborhood in Elmont, a half-mile away from Belmont Park . As a kid he’d watch Red Skelton and Jackie Gleason on TV and strive to emulate them.

“By age 7, I knew I wanted to be a comedian,” recalls Monty. “I’d perform at family parties in the living room redoing old monologues from Johnny Carson.”

But his parents were against him going into showbiz. “They thought I had talent but they were worried about me not having a job with health insurance,” he says.

After skipping college and juggling jobs working for a wireless provider, a plumbing supply company and a pizzeria, his desire to perform grew. By age 25, he'd started taking Stand-Up University classes at Governor’s Comedy Club in Levittown. He's spent the past 20-plus years working on his act.

“I’d hit open mics all over and it became like a drug — I was addicted,” says Monty. “Every night I was working on my material.”

At age 30, he quit his job and moved out of his parents’ home to pursue comedy full time. “I just had to do it,” says Monty. “I was giving somebody else 40 hours a week of my time and I needed to give that time to my career.”

These days, there's more to balance offstage. His baby girl, Olivia Rose, was born over the summer. Monty will be her primary caretaker when Kristen goes back to work as a teacher in November. “I’m an old dad,” Monty says, while snuggling his daughter. “I figured by the time she’s 20, she can change my diapers.”

By day he shops for groceries and cooks meals. But at night and on weekends, he's out working the mic.

“Not having him around can be hard. It’s an adjustment,” says Kristen. “But I tell him he owes me commission because I give him a lot of material.”

Monty's style onstage is conversational, with the occasional four-letter word. “My personality is not to be filthy or graphic,” he says. Early on, his comedy teacher Peter Bales told him, "If you work clean, you’ll work more.”

At Brookville Country Club, he makes a point to stand behind the audience as fellow comedians John Ziegler and Rich Walker warm up the room. “I like to watch the crowd from the back to see what kind of mood they are in and what they are responding to,” he says.

After Walker introduces him, Monty takes the stage.

“I’m from Queens, so not too far away,” he starts. “With the traffic it only took me about — four hours, but it’s just nice to not have to cross a bridge or pay a toll, ya know?”

Then comes some new material.

“I’m not going to lie to you. My wife and I had to get married … because she got dental,” says Monty. “I’m not stupid! At 25, you marry for love, but at age 45 it’s about a 401K and health care, you have to invest. My wife comes with dental, eyeglasses and a $20 copay. I’ve been waiting for this woman for a long time!”