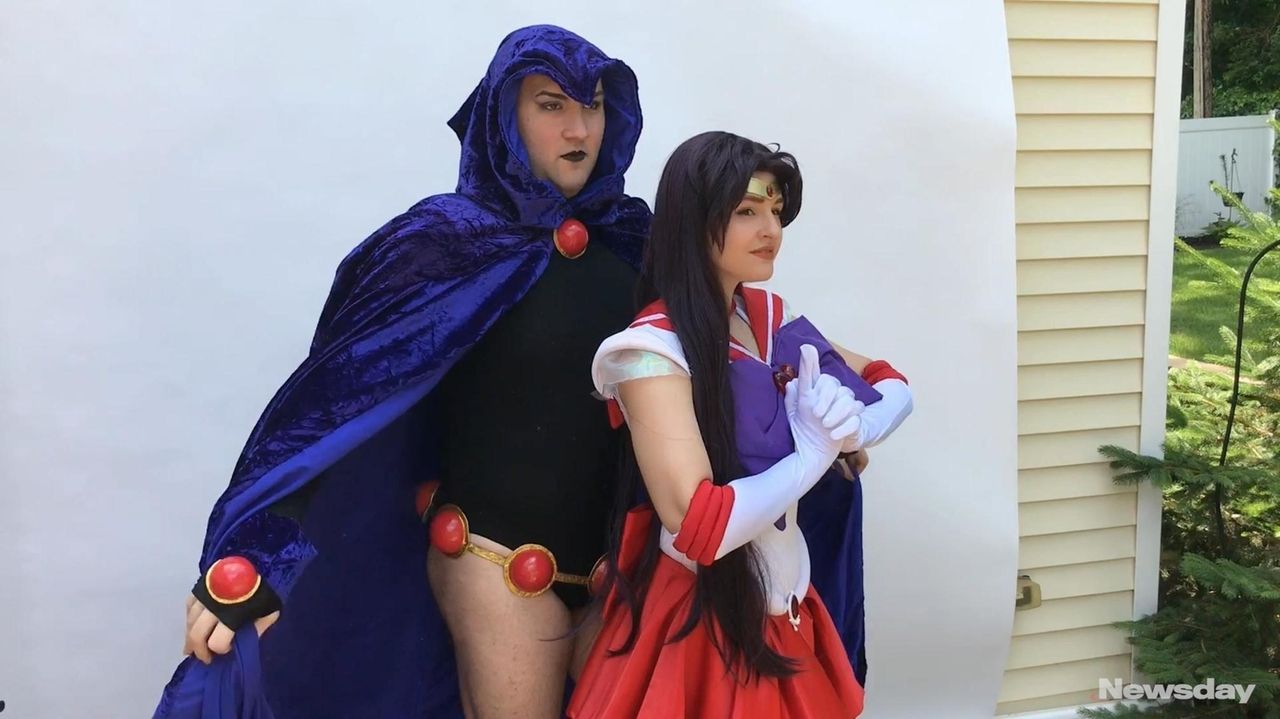 Kristen Corradeno of Commack loves cosplaying as Sailor Mars from “Sailor Moon,” while her friend Tom Catt of Ronkonkoma enjoys cosplaying as Raven from “Teen Titans.”

Captain Kirk, Superman and the Incredible Hulk will all be in Uniondale June 16-17 as Eternal Con holds its sixth annual pop culture convention at NYCB Live’s Nassau Coliseum.

“Having the actors who played these iconic characters come to our event makes the inner geek in all of us come out,” says event founder Frank Patz. “There are new movies out there that would not be made if it wasn’t for their work years ago.”

Here are some celebrities who will be doing panels and meeting fans:

Standing 6-foot-2 with a bright red flattop and a handlebar mustache, Sgt. Abraham Ford from “The Walking Dead” is a strong, unforgettable presence on the TV screen, much like all of Cudlitz’s characters such as Officer John Cooper (“Southland”) and Denver "Bull" Randleman (“Band of Brothers”).

“I built a career on playing pretty aggressive male characters, which I’m so happy has evolved into roles with substance and character arcs,” Cudlitz says. “It’s been quite a journey.”

Despite debuting in 1966, “Star Trek” remains as popular as ever, carrying on fandom from generation to generation. It even amazes Captain Kirk himself.

“It’s a phenomenon that has never happened in show business before. I believe it’s because there’s an attempt to explain what some things out there might be,” Shatner told Newsday in 2015. “There’s a whole magic to science fiction that is in the area of mythology and faith.”

In 2006, Routh carried on the Man of Steel role for the late Christopher Reeve in the critically acclaimed “Superman Returns.”

“I certainly wanted to do my best to honor Chris’ performance and grow the character,” says Routh, who currently plays Ray Palmer/The Atom on “DC’s Legends of Tomorrow.” “I was looking to bring an even bigger humanity and worldliness to him if possible. Superman’s presence is something we can all aspire to.”

Some members of the 1978 cast will be on hand to celebrate the 40th anniversary of the original movie that started the modern trend of superhero films.

“Sometimes you can go into a movie theater, come out and you are motivated,” says Marc McClure, who played Daily Planet photographer Jimmy Olsen. “It’s incredible to be involved in something which has that power.”

Jack O’Halloran, who played Superman adversary Non, adds, “The film never gets old. You can watch ‘Superman’ over and over again. You never get tired of it.”

When people think of the Hulk, an image of Ferrigno comes to mind because he’s the only actor to physically portray the superhero — the rest used CGI effects.

“It’s believable because you can see the muscle. If I wore a costume, it wouldn’t be the same,” Ferrigno says. “Everyone has a little Hulk inside of us. We relate because he expresses our anxiety and our anger.”

Saturday closes with a 6 p.m. cosplay contest where Long Islanders break out their best homemade outfits.

“Cosplaying brings me so much joy,” says Kristen Corradeno, 25, of Commack, who will portray animé character Sailor Mars from “Sailor Moon.” “You work weeks upon weeks handcrafting a costume and then you get to put it on for a con.”

Meanwhile, her friend Tom Catt of Ronkonkoma will take on the character of Raven from “Teen Titans.”

“I’ve always had a great affection for Raven because she’s sassy, even-tempered and very logical, which I identify with,” says Catt. “Cosplaying gives people that sense of accomplishment when they create a character that resonates with themselves.”