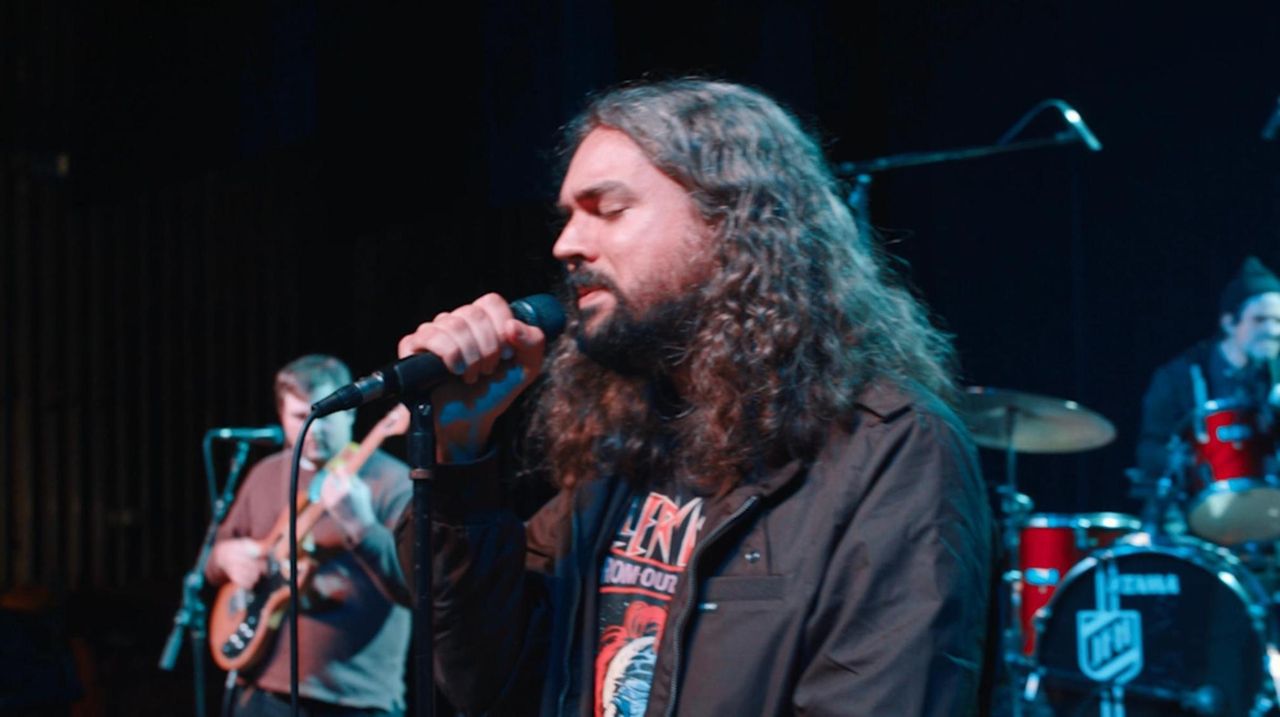 LI’s own Gamblers will drop a virtual concert on New Year’s Eve, which was recorded at the Patchogue Theatre. Credit: James Morano

This year New Year’s Eve has turned the ultimate night out into a cozy evening at home. But don’t let that make you panic. Check out these virtual Long Island music programs as you usher in 2021.

Gamblers dropped its debut album, "Small World" in the middle of quarantine. However, the indie rock band from Massapequa was unable to celebrate.

The band decided to go virtual with a live performance at the Patchogue Theatre for the Performing Arts called "Play for the Ghost Light." The 45-minute set will feature tracks from the album like "Blood Sport," "Do I?" "Tug of War" and "We’re Bound to be Together," plus the debut of three new songs ("Lollygag," "Running from My Grave," "Agita") and a cover of "Monster Mash." The event will serve as a fundraiser for Patchogue Theatre.

"We are hoping to raise some money for the theater as they’ve been closed down this whole time," says McManus, 31. "We didn’t want to put the concert behind a paywall. The goal is for everyone to see the show and enjoy it. If they can find it within themselves to donate then that’s awesome."

INFO 8 p.m., Dec. 31, donations are being accepted for the Patchogue Theatre for the Performing Arts, patchoguetheatre.org, gamblersmusic.com

The Long Island Music Hall of Fame wasn’t able to hold its biannual induction ceremony this year due to the pandemic. However, it will still put on a show virtually with a 90-minute TV special called "Best of the Awards Galas," presented by Jovia Financial Credit Union.

"They’ll be some featured performances plus a collage of others and some backstage footage too," says Zebra guitarist/vocalist Randy Jackson of Centereach, who will serve as the host. "I think it’s going to be a great show."

The presentation will also be informative showcasing Long Island’s wide variety of musicality.

"Seeing this program will show people just how much Long Island talent they may not have known about or been in the forefront of their minds," says Jackson, who was inducted in 2012. "When you start adding up all the pieces, there are really so many diverse artists that come from this area. It’s incredible."

Those looking for some more music can check out New Year’s Eve livestream concerts from these national acts:

The makeup-faced foursome who “rock and roll all night and party every day” is heading to Dubai to present “KISS 2020 Goodbye” — a special live concert filmed with 50 cameras offering 360-degree views of the band on its never-ending “End of the Road” farewell tour.

Spend this New Year’s Eve with the Biebs! The 26-year-old pop star has teamed up with T-Mobile to deliver his first live concert in three years. Expect to hear cuts off his latest album, “Changes” plus new hit singles, “Holy” and “Lonely.”