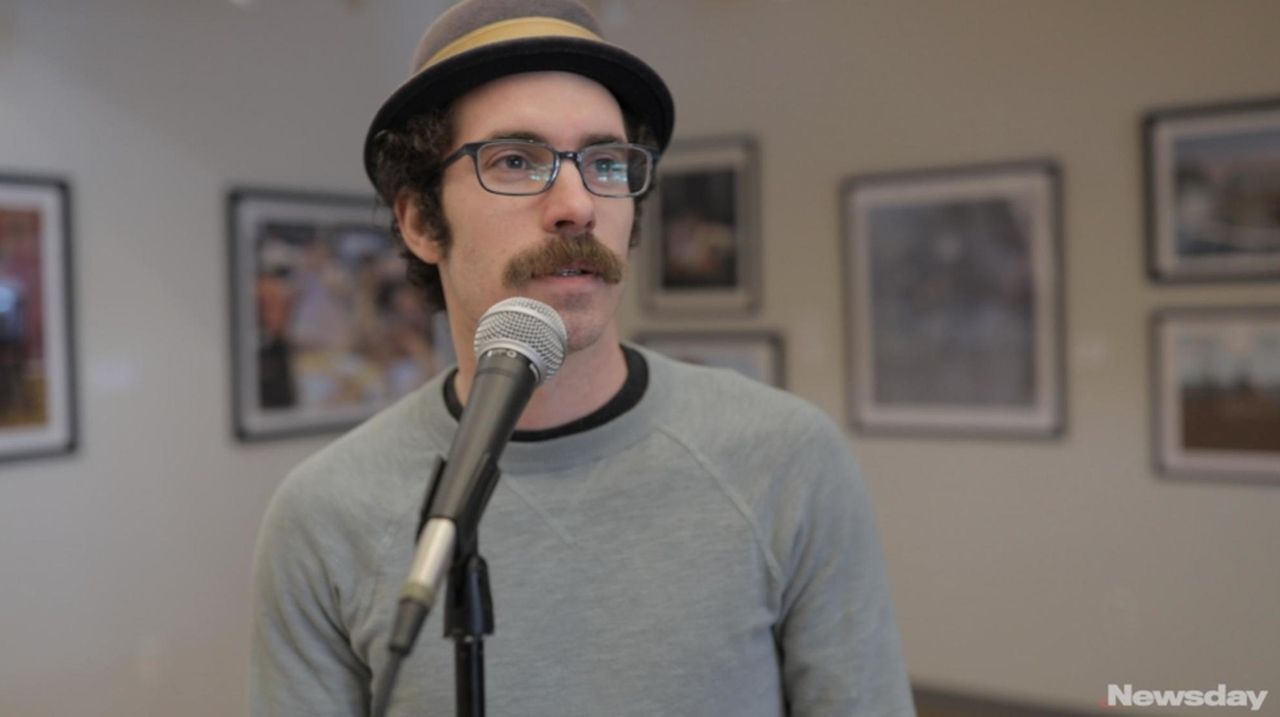 The Muse will host its first poetry slam Saturday at 7 p.m. at the Art League of Long Island in Dix Hills. The poets will compete for a cash prize of at least $100. Credit: Jeremey Bales

Rosa Todaro can’t recall a time when she wasn’t writing and has always considered it essential to her well-being.

“I was a very shy kid growing up, so writing was a way for me to express everything I wasn’t saying out loud,” says Todaro, 27, of Kings Park. “Although I’ve also written some creative nonfiction and the occasional short story, poetry has always been the most satisfying form of writing for me.”

Todaro took poetry classes in high school and at the University of Scranton in Pennsylvania. She participated in her first poetry slam — a competition in which poets perform original work — while a student at Kings Park High School. It was also her first time performing in front of other people. Todaro found the experience a bit terrifying and went years without sharing her original works.

That changed in the past year, when she learned about the Muse Exchange — a collective of spoken word and visual artists, musicians and performers. Formed in the early 2000s by Pete Arebalo and Michael Clarity, the Muse has been a part of the Long Island arts community and a gathering place for creative content and discussion. It is open to anyone looking to share their talent or thoughts or to test ideas, its founders say. The organization runs a series of weekly, bi-weekly and monthly open mic events across Long Island.

The Muse will host its first poetry slam Saturday at 7 p.m. at the Art League of Long Island in Dix Hills. Todaro submitted audio clips of herself performing two original poems and will be among the 14 poets to compete for a cash prize of at least $100.

“The overarching concept was built from the intention to bring Long Island’s most dynamic performance poets into one space to share their work in the spirit of friendly competition,” says Andrea Manning, a Muse organizer and program coordinator at the Art League of Long Island.

Manning says the collaboration between the Art League of Long Island, one of the region’s oldest and largest arts institutions, and the Muse will help to interweave their efforts to reach a larger audience. Admission is limited to 125 guests.

“To me, poetry slams offer open-minded environments for poets to engage with each other and challenge themselves,” says Todaro, a librarian. “There’s definitely an element of direct connection with the audience as well.”

At the Muse’s poetry slam, five judges will be chosen at random from the audience to score performers in the first two rounds of the competition, determining the finalists. The audience at large will choose the winner. The event does not have an age requirement, so performers may range from younger emerging talents to older more experienced and established poets, says Manning, 27, of West Babylon.

Seven participants were selected “Invitational Slam” style from advanced submissions based on strength of performances and the quality of their work, Manning says. On the day of the event, the remaining seven slots will be selected through a live lottery conducted 30 minutes before go-time.

This “Open Slam” style gives anyone who did not make the cut through the submission process a second chance to compete. To be a part of the lottery, poets must purchase a $15 slam lottery ticket in advance of the event. Submissions will be accepted through Friday via smarterentry.com.

The performers who have already been selected will draw from their personal experiences and may read material that explores themes ranging from social justice to body politics, Manning says. Each piece will not be revealed until the day of the event.

Win or lose, Todaro says that sharing her work has been a great exercise in vulnerability.

“I’m really not a competitive person at all,” Todaro says. “But competitive events like this require humility and acceptance, which have been important qualities for me to learn — qualities that I’m still learning.”

Two new cheese stores open on LI
5 things you need to know about Winter Restaurant Week
10 events, things to do this weekend on Long Island
Food critic tries fast food's spiciest new sandwiches
Didn’t find what you were looking for?