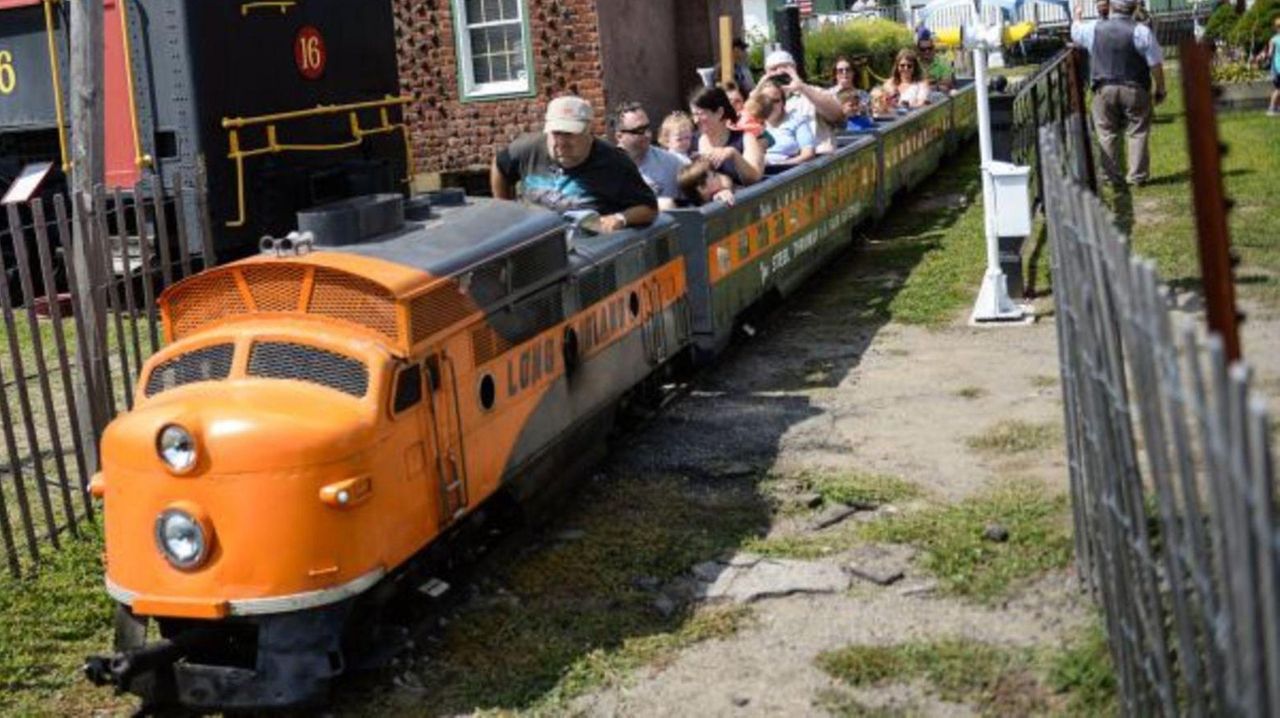 ALL ABOARD! Next stop Riverhead, for the Railroad Museum of Long Island’s annual Railroad Festival on Saturday and Sunday. The event will feature antique train displays, rides and model layouts. Check out some of Saturday's best sights! Credit: Newsday / David Criblez

ALL ABOARD! Next stop Riverhead for the Railroad Museum of Long Island’s annual Railroad Festival on Saturday and Sunday. The event will feature antique train displays, rides and model layouts for the young and old.

“Seniors and youngsters both love trains,” says Don Fisher, president of the Railroad Museum of Long Island. “For seniors, they remember the joy of train travel and growing up with toy trains around the Christmas tree. Meanwhile, little people simply love to see things move. It’s a rush for them.”

In addition to freshly made barbecue and live music, here are six stops to hit along the tracks of the Railroad Museum of Long Island Restoration Site and Visitors Center:

Take a ride on the original mini-locomotive used in the Long Island Rail Road Pavilion at the 1964-65 World’s Fair in Queens. The train has 36 seats and can hold one adult or two children per seat.

“It’s our most popular attraction,” Fisher says. “We do a 750-foot loop around the perimeter of the property three times. People of all ages enjoy it.”

Go inside the air-conditioned Visitors Center to see a massive multilevel Lionel train layout, which was acquired from Michigan. Watch as 10 to 12 trains run simultaneously and interact with the layout by pressing 80 different buttons to work accessories such as a forklift, drum loader, bulldozer, log dump, even a man delivering milk.

“The milkman comes out and unloads the milk off the Bosco train cart,” says museum volunteer Lenny Joerg, 69, of Manorville. “The faster you push the button, the faster he works. The kids love it because it’s harmless fun.”

Board an LIRR train at the Riverhead Station across the street from the Restoration Site and Visitors Center for a trip to the Railroad Museum in Greenport ($5.75 per adult, $2.75 per child round trip).

“You get to see the Greenport Museum and the 80-year-old retired New York City Fire Department boat, The Fire Fighter, at the railroad dock for an hour and it will bring you back to the Riverhead site,” Fisher says.

On display in one tent will be visiting train layouts in O, HO and N scale from various railroad clubs.

“These are elaborate layouts that are interlocked together like a puzzle,” Fisher says. “They are filled with beautiful scenery and buildings. It’s something to see.”

“Twenty vendors will be selling train parts for all kinds of model trains,” Fisher says. “Plus, authentic old-school lanterns, badges and shields will be for sale.”

Take a seat inside a real-life cab shell from the 1920s where a fireman and engineer would sit inside the locomotive.

“The engineer operated the train while the fireman shoveled coal and kept an eye on the water level on the locomotive,” says museum volunteer Gerard Jewels of Melville. “Going inside gives you a feel of what it would be like sitting in a steam locomotive.”

Climb inside and walk through a bright orange bay window caboose, which was built in 1963.

“These were originally used by the LIRR at the end of a freight train,” Jewels says. “This is the later version of the caboose, where the rear brakeman and the conductor would hang out, fill out paperwork and keep an eye on the train.”