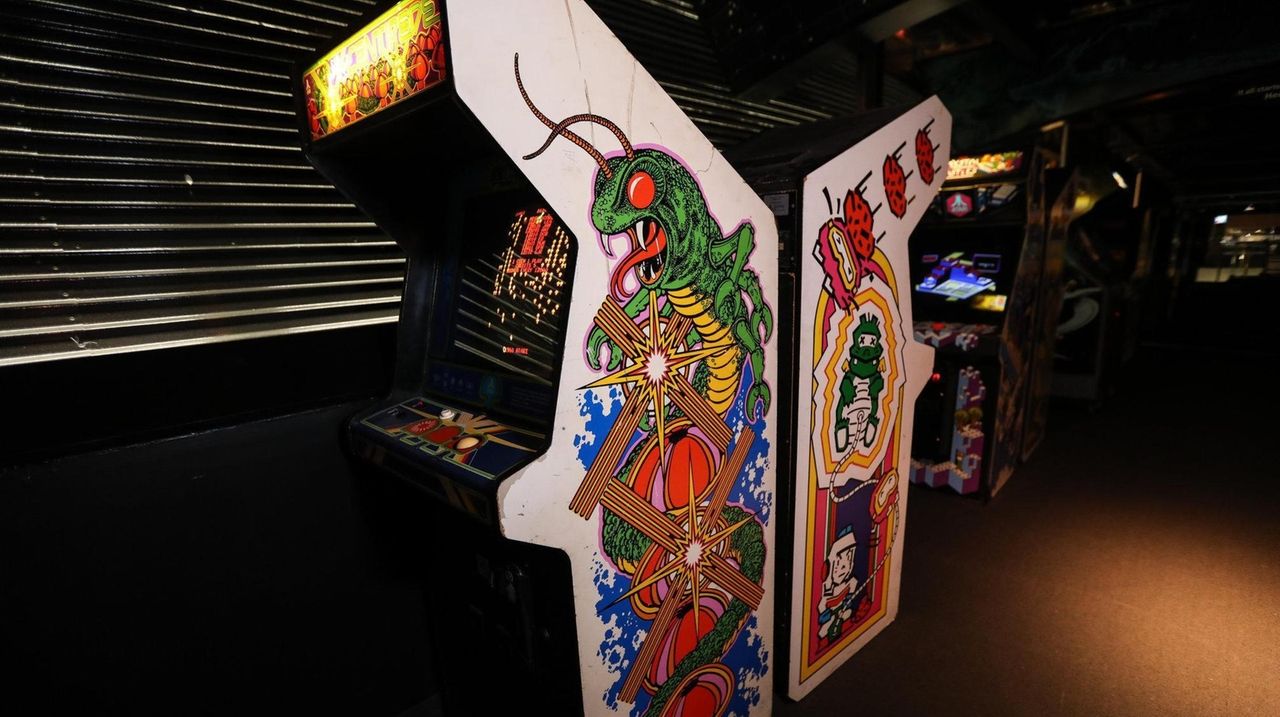 Video arcade lovers can get their fill of '80s video game classics at the Cradle of Aviation Museum in Garden City, which is hosting a theme night with unlimited play of the museum's 30 vintage arcade games, plus karaoke. Credit: Linda Rosier

Nothing screams '80s nostalgia like a retro video game arcade. Although they are not easy to find these days, the Cradle of Aviation Museum in Garden City has put one together in its Arcade Age Exhibit, featuring more than 50 game cabinets. To celebrate the opening, an ‘80s Arcade & Karaoke Night will be held Saturday, including a video game tournament and ‘80s themed costume contest.

Here are some of the classic titles featured in this time capsule exhibit:

OBJECTIVE Ward off a swarm of aliens trying to dominate your planet.

“I love the ominous, pulsating music and the anticipation of utter destruction upon failure,” says gamer Matt Breslau, 28, of Islip. “It makes for a hectic and challenging experience that more people ought to witness.”

OBJECTIVE Get rid of all the asteroids coming from every direction and take down any alien ships that pop up.

“Asteroids is kind of a reimagining of the very first computer game called Computer Space,” says video game preservationist George Portugal, 39, of East Meadow. “There’s an addictive quality to it, making you want to get rid of all the threats on the field. It was Atari’s biggest hit.”

OBJECTIVE Travel through the maze at a rapid pace gobbling up dots and avoid getting eaten by ghosts while completing each screen.

“Pac-Man has general audience appeal. Everybody gets it. Anybody can play even without any video game experience, but it takes time to master,” says Portugal. “This game isn’t just for kids; parents like to play it too. Everybody gets hooked.”

Regarding the female version, Portugal adds, “Ms. Pac-Man was even more fun to play. The difficulty was dialed down a bit because Pac-Man can be pretty brutal. You can get out of jams easier because the maze is set up better, you have opportunities to grab some bonus items [floating pretzel or bouncing fruit] or obtain extra lives. Plus, the female character made the game even more popular.”

OBJECTIVE Rescue Mario’s girlfriend Pauline from his escaped pet gorilla Donkey Kong who sits atop a construction site as he tries to stop Mario by tossing obstacles at him, preventing his advancement.

“Donkey Kong is fun, goofy, silly and masterfully crafted. There’s definitely a swell of nostalgic joy that I get from the game, but I also feel it’s still a challenge,” says gamer Mike Staub, 33, of Dix Hills. “Mario’s brave and fearless, even when against incredible odds.”

OBJECTIVE Blast away all segments of the rapidly approaching centipede before getting devoured.

“I appreciate the use of a trackball as the control input, which was not common at the time, and remains an uncommon piece of technology,” says Breslau. “The feeling of blasting away at the centipede and hearing very distinct, though blunt, explosion sounds is satisfying.”

OBJECTIVE Guide frogs across a traffic filled highway and a choppy river to their lilypads.

“I play this one more than any of the others these days,” says gamer John Aguilera, 41, of Bellmore. “Getting those frogs into their little burrows never got old for me. It felt just as good playing it at home, which was rare.”