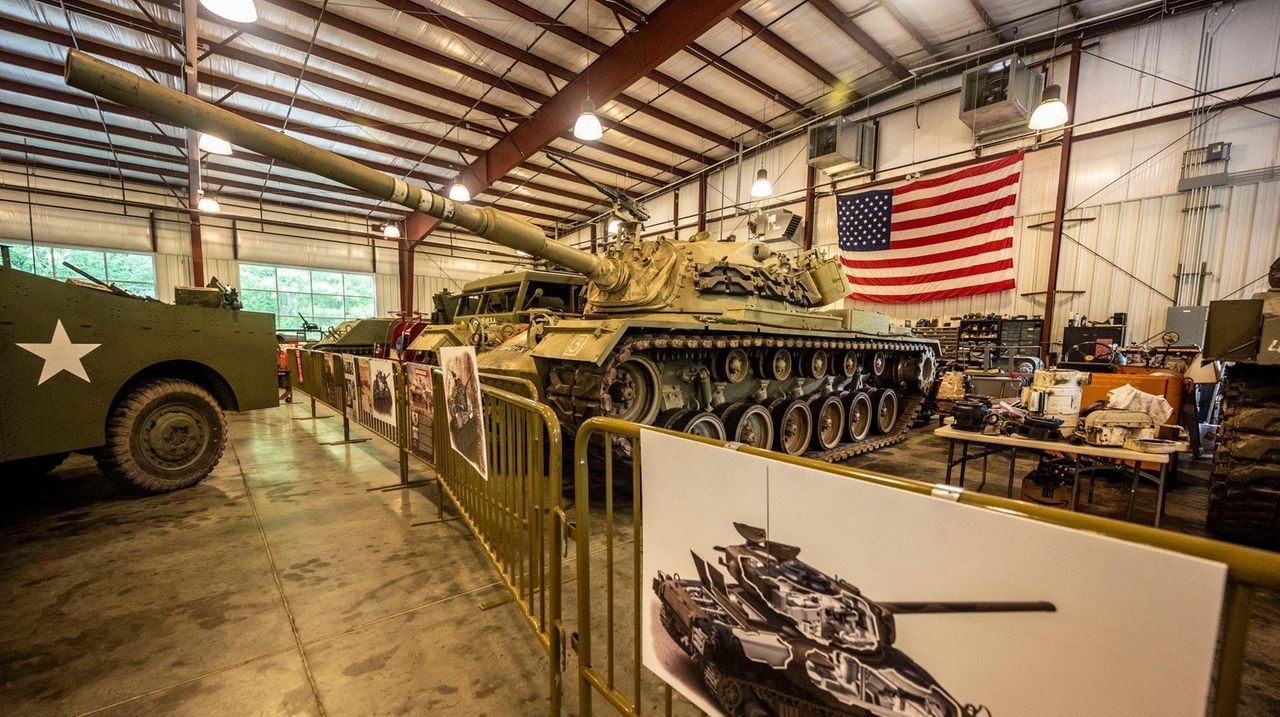 Volunteers of The Museum of American Armor are getting ready to "fall in" for the annual "World War II Encampment Weekend" at Old Bethpage Village Restoration on June 19th and 20th. This marks the museum’s first interactive event since the pandemic.

"We skipped last year, unfortunately, but we are coming back strong and excited to do so," says Kevin Carroll, museum community affairs director. "The rust is being shaken off our vehicles and we are bringing them back up to the standards they deserve."

When attendees enter the property, the clock gets turned back to the summer of 1944 as re-enactors from the Long Island Living History Association will be occupying the village.

"They are going to show how a World War II armored infantry division worked and how they employed all their skills," says Carroll. "Everyone will be in period accurate uniforms, using authentic side arms and all the tactics we use are correct. Each volunteer can answer any questions visitors may have."

There will even be actors portraying American President Franklin D. Roosevelt, Prime Minister of the United Kingdom Winston Churchill and leader of the Soviet Union Joseph Stalin showcasing the alliance that helped take down Nazi Germany.

Walking up to the church field, the museum will be operating its wartime vehicles, such as tanks, jeeps and armored cars, for a public demonstration.

"People can see how each machine runs and we will stop periodically to let them get up close to the vehicles and talk with the crew," says Carroll. "This is an opportunity to experience World War II history."

The two headline tanks that will be on display are the 45-ton German Tiger-1 versus the 18-ton American M18 "Hellcat."

"The Tiger tank was fearsome in its size and firepower, but it was ponderous compared to the Hellcat," says Carroll. "The Hellcat was a light and fast vehicle. It used a technique called ‘shoot and scoot.’ It would fire off a shot at the Tiger-1 plus a follow-up then get out."

At the end of the program, the two organizations come together to perform a 25-minute simulated combat operation on a German position.

"It’s a lot of noise — firing, smoke and dust. Nobody gets hurt except maybe your eardrums," says Carroll. "Some vehicles are armed with replica ammo made of oxygen and propane. It lets off a big blast but it doesn’t project anything."

Timed tickets will be sold in two sessions (9 a.m. and 1 p.m.) per day to cut down on crowd size. However, because the event is outdoors, masks are no longer required unless people choose to wear them.

"The goal is for people to get a better understanding of World War II and what our veterans went through," says Carroll. "We want people to see history as it happens."

3:36
10 events, things to do this weekend on Long Island
LI drive-in, outdoor movie and concert schedule for summer
High-end, waterfront restaurant opens in Port Jefferson
New LI dessert spot serves coffee imprinted with your photo
3 LI restaurants to try this weekend
Didn’t find what you were looking for?