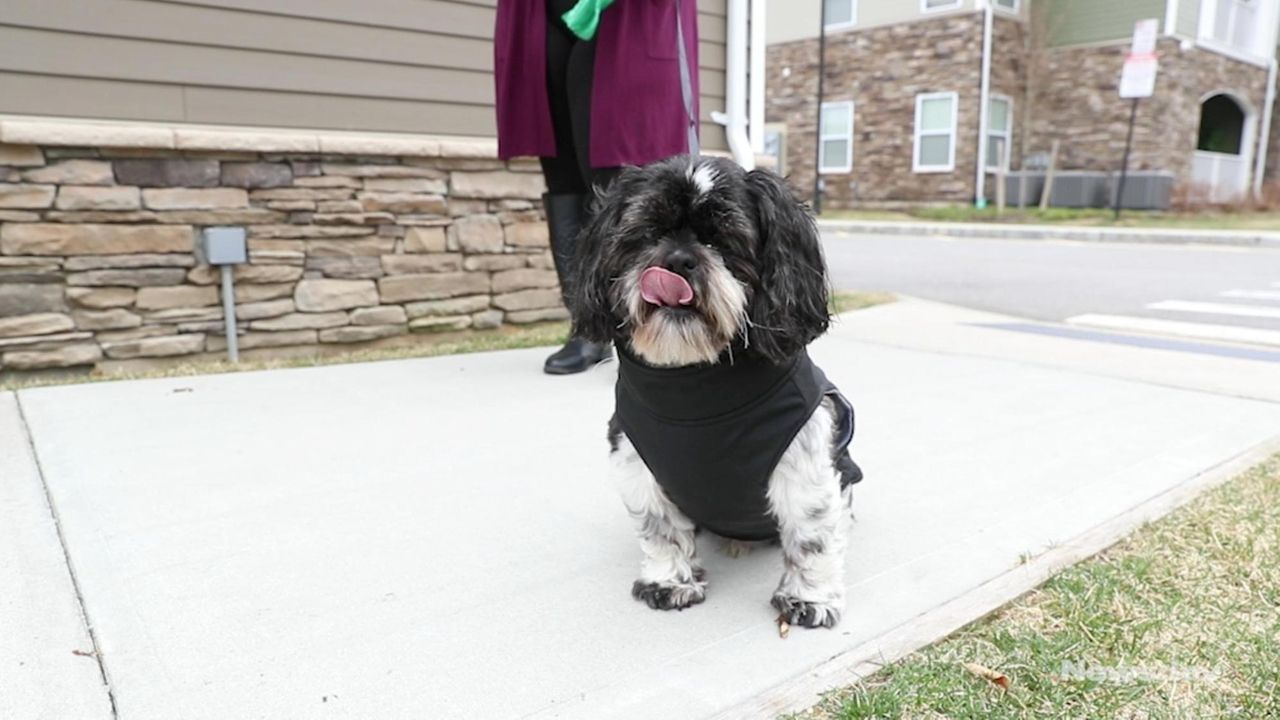 Dog waste left on the grounds of The Reserve at the Boulevard luxury apartments in Yaphank will be DNA tested to see it matches the DNA samples collected from dogs living at the complex. If it does, the pet owner will then be fined and could ultimately be evicted. Credit: Randee Daddona

DNA testing typically used to convict criminals will soon be conducted on dogs to crack down on owners who don't scoop the poop at a Yaphank apartment complex.

The management of The Reserve at the Boulevard luxury complex has rolled out a program that requires residents with dogs to provide a DNA sample from their pets, according to a copy of a letter emailed to residents. Those who don't clean up after their dogs will be identified, fined — and possibly evicted.

A management representative for the 240-unit site, off William Floyd Parkway, did not respond to requests for comment Tuesday.

However, in an email dated April 6 obtained by Newsday, community manager Khalifa Williams said, “We are instituting a program known as Doggie DNA due to a small percentage of residents that have not been using the provided pet stations to pick up after their dogs.”

“The process is … very simple,” the email continues. “Bring your dog to the office where we will swab your pet with the provided kit. We will submit the DNA sample at which time a Registry will be created at BioPet Lab.”

According to the email, once the registry is complete, any feces found on the property will be checked for DNA and the pet owner fined $200.

Residents will be notified when to bring their pets in for testing, according to the email.

McKenzie Manning, who works in sales and marketing for BioPet based in Knoxville, Tennessee, said in a telephone interview Tuesday that registering a dog for the DNA program costs between $40 and $50, and that the price charged is determined by the community, as is how that price is paid. Some communities grandfather in current residents, then pass the cost on to tenants when their lease is up for renewal, she said.

Residents' reaction to the news was mixed.

Nelson Resnick, 67, has lived at the complex for four months and likes to take his dog, Chewy, to the small dog park on the property where the 10-year-old Wheaten terrier can be unleashed to run, play and meet other dogs.

Resnick said Monday he understands why the policy would be necessary.

“I know we’ve gotten several emails [before this one] about people complaining that people haven’t been cleaning up after their dogs,” Resnick said. If people properly disposed of their dogs' waste, then management “wouldn’t have to go that far [with the new policy],” he added.

Shari Franco, 45, moved into the complex nearly two-and-a-half years ago and has a 6-year-old Shih Tzu named Bentley. She said only people not picking up after their dogs should be concerned about the DNA program.

“If people are taking pride in their community and cleaning up then they have nothing to worry about,” Franco said. “It’s just sad that it’s had to get to this point.”

She added that for the high rents tenants pay they shouldn’t have to deal with dog feces on the grounds. Rents for one- or two-bedroom apartments there range from $2,555 to $2,795.

Resident Dave Bresloff said he’s not against the Doggie DNA program, however, he has a lot of questions about exactly how it would work. He has a 9-year-old yellow Labrador, Champ, and he was one of the reasons Bresloff moved to The Reserve at the Boulevard. He said management is “dog friendly” and “was gracious enough to allow a big dog.''

Bresloff said another issue is there are residents who have dogs, but never registered them.

“How would this be policed?” Bresloff asked. “The best idea is just for people to pick up after their dogs.”

Manning said the process for obtaining dog DNA is the same as for humans. Cotton is used to swab inside the mouth to create a unique profile, like a fingerprint, she said.

“We recommend that the swab is done by the owner so the dog feels comfortable,” Manning said. “It’s a super painless and easy procedure.”

Dog owners voluntarily getting their dogs DNA samples to determine the breed of their pets and for health reasons is growing in popularity, but there are few apartment complexes that so far have had a program such as the one rolling out at The Reserve at the Boulevard. The other New York residential communities using BioPet are in Manhattan and Brooklyn.

In March, The Springs, a luxury apartment complex in upstate Saratoga Springs, notified residents that a PooPrints DNA program would be started. In June, the owners and managers of 16 of the largest residential properties in downtown Roanoke, Virginia, plan to compel tenants to put their pets’ DNA in a database that will be used to identify dogs whose owners don't clean up after them.