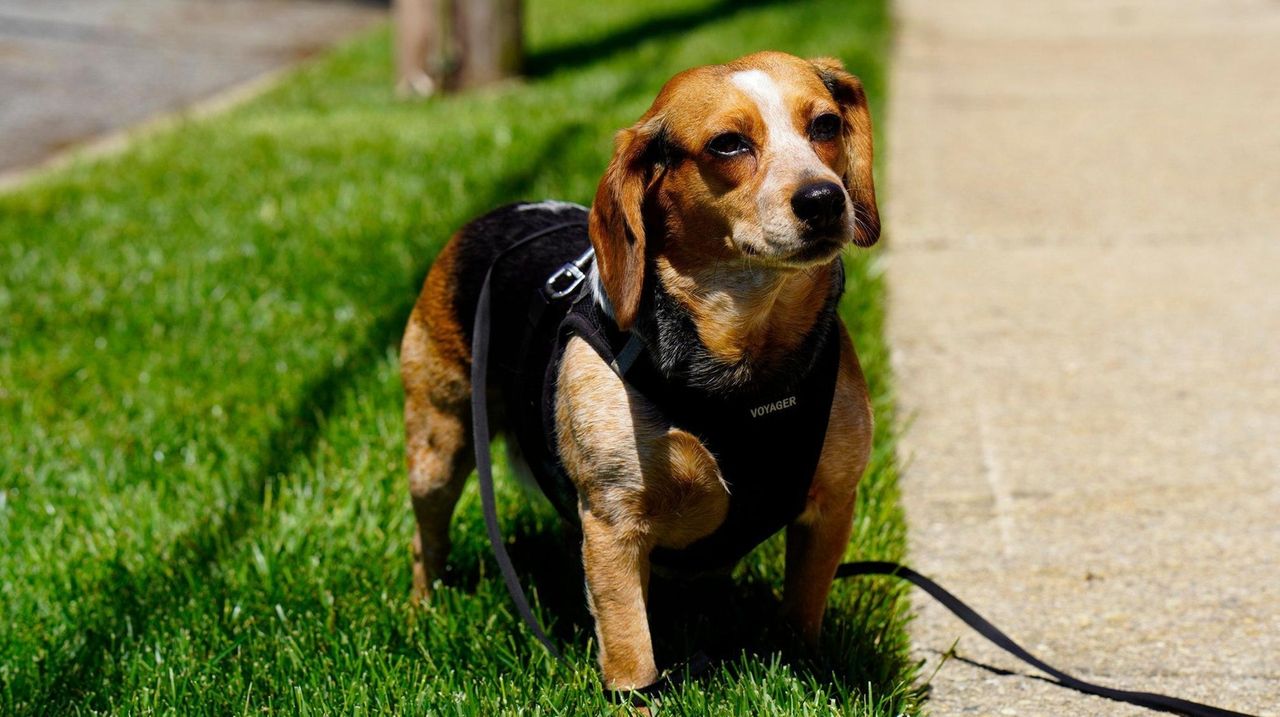 By Joe Dziemianowicz Special to Newsday Updated May 25, 2021 5:00 AM
Print
fbShare Tweet Email

Long Islanders took in rescue pups in record numbers when the pandemic began. More than a year later, many have emerged with a new leash on life.

Ask Jess Dato, 26, a strategy consultant in Bellmore. When she pivoted to working from home, she pounced at the chance to foster Hazel, a now 5-year-old beagle, on March 22, 2020. A month later, she sealed the deal with North Shore Animal League America and adopted her.

"In a year that has been very slow and very hard for a lot of people, Hazel has been this thing of light in my life," says Dato, who beams when she recalls energizing shared walks in Christopher Morley Park and soul-soothing chill-outs together at home. "Adopting her has been so good for both of us."

That sentiment is going around Suffolk and Nassau counties, where adoptive parents of pandemic pooches credit the pups with helping them to calm down, lose weight and feel secure.

Beth Ann Boss, 64, a retired case manager who lives in Middle Island, describes a year with Oreo, a border collie she adopted from Last Chance Animal Rescue on April 14, 2020, "a complete blessing."

Oreo, a very smart cookie, according to his owner, had been abandoned before coming to a Last Chance foster home. Now Oreo’s forever home life is about squeaky toys and snoozing at the foot of Beth Ann’s bed. "This dog reads my mind," says Boss. "She’s so protective."

On April 12, 2020, Don and Grace Iadanza, added Maddie, a Labradoodle who recently turned 5, to their family in Islip Terrace that includes three kids ages 18 to 24 and a 3-year-old Goldendoodle.

"Maddie has come a long way since being in a puppy mill," says Grace, who’s in her 50s and works for the East Islip school district. "We think she spent most of her life before in a cage. She’s starting to lean in, and she’s taught us all about patience."

Stephanie Coleman, 57, a proposal writer who works at home in East Setauket, echoes that sentiment about Beau, who she adopted May 9, 2020. "That’s his Gotcha Day," she says. A mix of American Staffordshire terrier, cocker spaniel, chow and more, Beau is all dynamo.

"We walk six or seven miles a day. I've lost 42 pounds since I’ve had him," says Coleman.

George and Kim Sparacio, who live in Stony Brook, say they hit the jackpot when they adopted Bentley, a lab mix, on March 20, 2020. Bentley celebrated his big day at Hounds Town, a doggie day care in Farmingdale. "He got dressed up in his bow tie. He loves to play," says Kim, 52. "You really couldn't pick a better dog."

In June 2020, Lisa Nielsen, 49, a computer monitor for the Glen Cove school district, and Doug and Allison Leibowitz, respectively a writer for iHeartRadio and a lawyer who live in Plainview, became part of a pack when they adopted furballs from Ruff House Rescue in Island Park.

Stella has had a positive impact on the whole family. "She’s helped ease my daughter Fiona’s anxiety," says Nielsen.

While the current vaccine rollout offers a reason to smile, it has also changed adoption rates at rescues and shelters. "The demand for dogs when the pandemic started was at an all-time high. Everyone was home and wanted dogs," says Ruff House Rescue spokesperson Jodie Cohen.

"Now that people are vaccinated, traveling and going back to work we have noticed a decrease in demand, however we are still sending home a lot of dogs each weekend," she adds. "Luckily, even with life getting back to normal, people still want to adopt homeless dogs."

And while there have been recent stories about pet owners who adopted during the pandemic looking to find them new homes as employees return to work, Joanne Yohannan, SVP, Operations North Shore Animal League America, says the organization has "not experienced an increase of adopters returning animals."

In early May, a dog was returned to Last Chance Rescue after the adopter could no longer continue to work from home, according to Jude Langmaid, vice president and adoption program director. "That’s the only one," she says.

As people return to offices for work, they’re facing the issue of separation anxiety for dogs used to having them around 24/7. Stephanie Coleman, 57, works from home, but isn’t always there with Beau, who she adopted May 9, 2020, and has a strategy.

"Beau is crate-trained and likes his create," she says. "Either crate your dog or — if they don’t deal well with a crate — restrict them to a specific area. You can also leave an item of clothing with your scent for them to cuddle."

Families with more than one pup have found that dogs keep each company when their humans are away.