As Long Islanders gear up to watch the sky light up on Independence Day, officials are urging them to protect their furry friends.

The booms and bangs of fireworks can easily distress pets, which are significantly more sensitive than humans to fireworks noise, officials said. Nationwide, more pets run away around the Fourth of July holiday than at any other time of the year, Freeport Village officials said in a statement Tuesday.

Pet owners can consider asking veterinarians for a prescription of sedatives to help alleviate their animals’ stress, said Gary Rogers, a spokesman for the Nassau Society for the Prevention of Cruelty to Animals.

“A lot of animals get stressed out from the fireworks, so you should really keep pets indoors in an air-conditioned or cool room,” Rogers said. 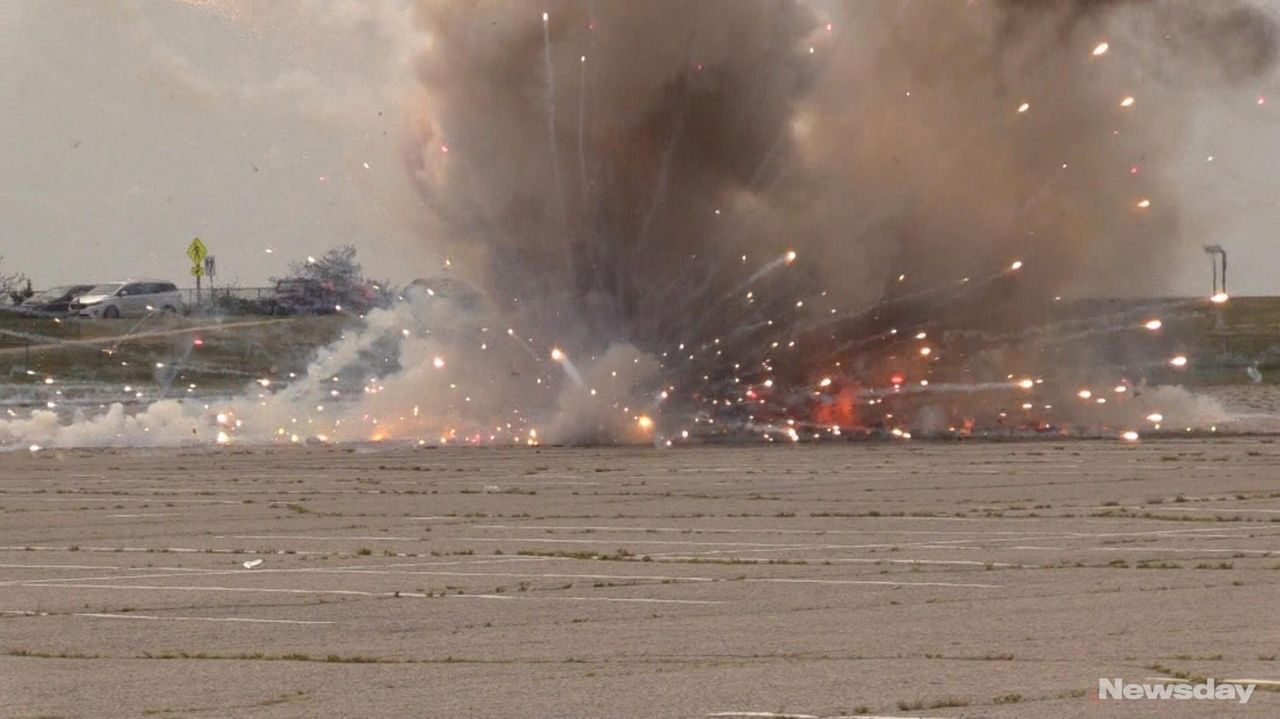 Suffolk officials urge safety during Fourth of July On Tuesday, July 3, 2018, Suffolk County Police Commissioner Geraldine Hart reminded the public of the dangers of using fireworks and urged everyone to celebrate responsibly during the July Fourth holiday. Credit: James Carbone

Minimizing pets’ exposure to thunderous booms isn’t the only precaution Long Islanders should take during Wednesday’s celebrations, officials said. They also warned that changes to pets’ dietary regimen could give them severe indigestion and other issues.

“We may overindulge in a barbecue, but the scraps fed to a dog may create gastrointestinal problems,” Roy Gross, chief of the Suffolk County SPCA, said in a statement.

Americans love their fireworks, to tune of $1.2BSpending is up sharply since 2000, though the pyrotechnics industry is worried about the prospect of tariffs on imports from China.