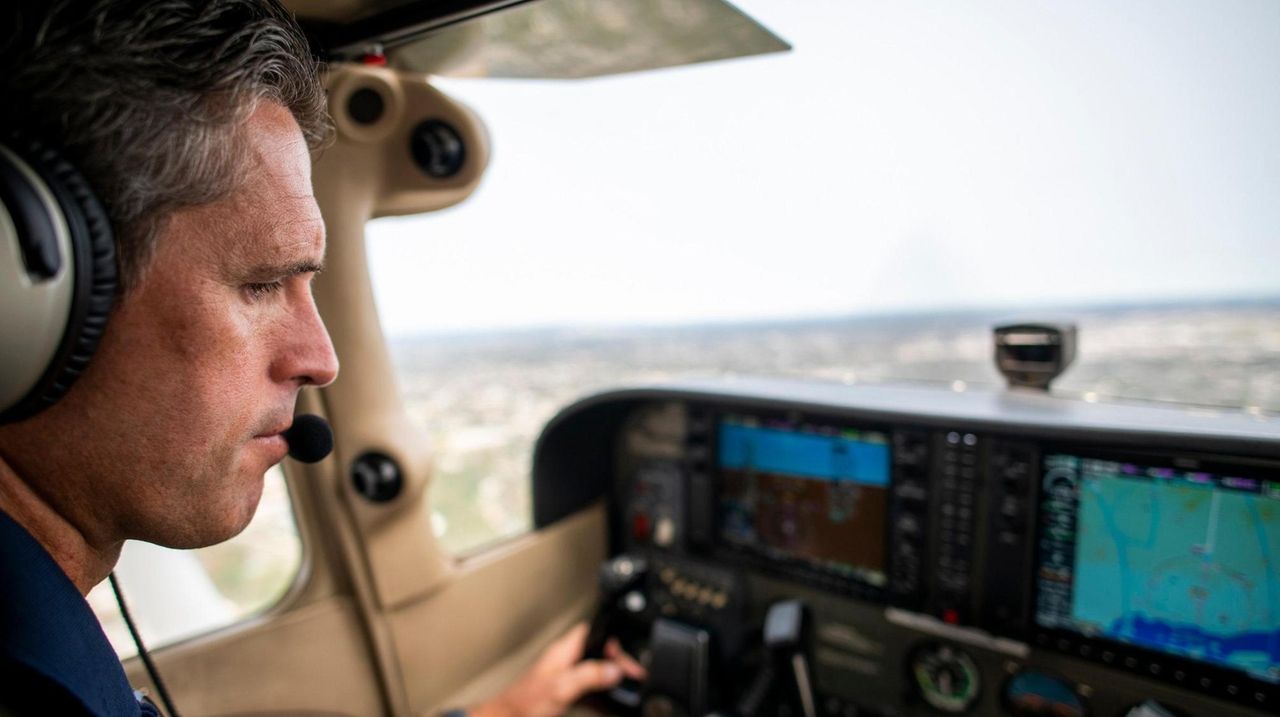 At some point, you've probably thought about flying a small airplane. If you live on Long Island, you see them overhead every day, cutting across the sky in all directions making their way to points unknown. Watch one from a traffic jam on the Long Island Expressway and you can really appreciate the sense of freedom pilots must experience. Wouldn’t you like to give it a try?

Well, you can. There are several flight schools on and nearLong Island that offer flying instruction and the opportunity to get a pilot’s license, and some colleges such as Vaughn College in Flushing and Farmingdale State College, offer aviation degrees. In either case, getting started might be easier and less costly than you think.

"Really, you can take the controls and start flying a single-engine small plane the first day you start in-flight training," says Peter Clark, co-owner of Long Island Aviators, which trains its students at Republic Airport in Farmingdale. Whether learning to fly has been on your bucket list for years, you are looking to become a professional pilot as a career, or just want to bypass all the local traffic and be on your way to Block Island, Martha’s Vineyard or New England in an hour or two, the process starts with a couple of introductory flying lessons. From there, you can take things are far as you want to go.

Depending on where you train and the aircraft in which you take lessons, introductory flights can run from as little as $150 to $250 per hour. You will need to accumulate at least 40 flight hours before taking an oral test, written test and actual flight test, so expect getting a license to ultimately cost between $8,000 and $12,000.

Michael Hefner of Southold entered an aviation program at Vaughn College in Flushing this September. The 19-year-old has long been interested in aviation. At age five, he received a Lego plane set and has wanted to be a pilot ever since.

"Now, I feel that dream coming true," revealed Hefner. He hopes to one day be a commercial pilot for a major airline, or fly a commercial cargo plane. "I can’t believe I’m starting flying class right now," he says. "I’m standing at LaGuardia Airport watching planes take off and, next week, I’ll have my first in-flight lessons. I found this program though a high school career day last year. I’ve only been here for two weeks and already I feel like I’ve made the right choice. I’m meeting a lot of other people who love the idea of flying as much as I do."

Vinny Raniolo, 36, of Franklin Square, took a little longer to get his start. He received his initial single-engine pilot’s license at age 30 but has made up ground quickly, obtaining his flight instructor license from Clark’s Long Island Aviators.

"I travel a lot," explained the professional jazz guitarist, "and figured it would be better to fly to my gigs than to drive. Some years, I’m on the road 250 days, so flying really saves me a lot of time. While it’s practical, I also love being in the air, seeing what the weather is like at 5,000 feet, and taking friends on their first small plane ride. I especially like to tour the New York City skyline … Like music, flying is a wonderful passion to share."

While most of those who enter local flight schools aim to come away with a single-engine airplane license, obtaining a private glider pilot license is another option. Earlier this month, Anthony Alecu, 16, of Ridgewood, Queens, received his license after enrolling in classes with the Long Island Soaring Association, a glider flight club that meets at Brookhaven Calabro Airport.

"You can fly a glider solo at age 14 — younger than you can drive a car!" revealed the happy recipient. I found the training relatively easy because I used to play with Microsoft’s Flight Simulator video program. That helped with understanding the components of the aircraft and how things work. I discovered the club on YouTube, and everyone there has made me feel welcomed. It’s been a great experience — both the flying and the camaraderie."

Alecu plans to go for a single-engine pilot’s license next. He expects to receive that one, for which he will also take lessons with the club, sometime next year.

A variety of small plane licenses, including single-engine, multi-engine, helicopter and sea plane are available through local flight schools and aviation clubs. The FAA requires flight students to be at least 16 years old to fly solo in a single engine plane, or age 14 to fly solo in a glider. Students must be proficient in English, considered the universal language of aviation. It generally takes three weeks for a student pilot certificate, which allows you to take flight training. Here are some tips from the pros:

Introductory Flight: $120, or get three introductory flights for $200 (includes instructor)

4:20
Inside LI's top-rated restaurant on Yelp
Eek! Make spaghetti and 'eyeballs' for dinner
2:31
Everything you need to know about eating at LI raw bars
Where to find great burgers on LI
Where to eat near the new UBS Arena in Elmont
4:20
How this Hempstead eatery became LI's best-reviewed restaurant on Yelp
Didn’t find what you were looking for?