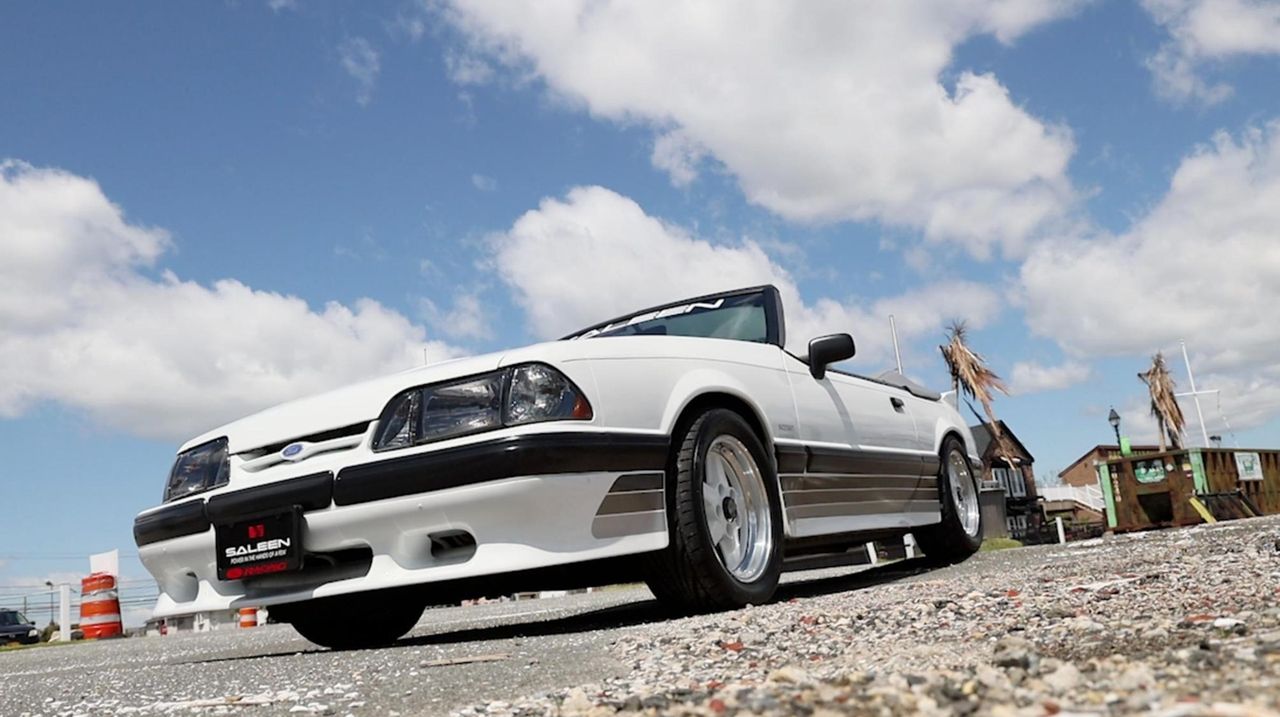 Michael Geraldi of Merrick went for a drive in his 1988 Saleen Ford Mustang special edition convertible on May 15, 2019. He talked about his love of muscle cars and the brotherhood (and sisterhood) that pony car owners share. Credit: Newsday / Alejandra Villa Loarca

By Jim Merritt Special to Newsday Updated May 20, 2019 7:00 AM
Print
fbShare Tweet Email

It’s showtime for vintage-convertible collectors, who’ll be putting the top down, opening the hood and basking in sunshine and admiration at upcoming spring and summer car shows.

ADMISSION Free for spectators ($10 per Mustang)

The sports car Steve McQueen chased down baddies with in the classic “Bullitt” cop flick has its day in the sun and salt air in the parking lot across the street from Bracco’s.

About 100 vintage Mustangs are expected to arrive with collectors from all over Long Island, says Michael Geraldi, 43, of Merrick, president of the four-year-old Strong Island Stangs club, which boasts nearly 1,300 members in Nassau and Suffolk.

“Tops will be down, hoods will be open, they’ll be on full display,” says Geraldi. He’ll be showing off his 1988 Mustang Saleen Convertible, one of 137 such models made in California and signed on the dashboard by its namesake, race car driver Steve Saleen.

Music will be provided by a DJ, and spectators can enter a 50/50 raffle. Last Hope Animal Rescue in Wantagh will bring adoptable cats and dogs.

The Ford Thunderbird, introduced as a two-seat convertible in 1955, discontinued in 1997 and revived briefly from 2002 to 2005, is a classic summer ride that lives on with the Long Island Thunderbirds. The 50-member club expects to display as many as 80 vintage T-Birds along with the Thunderbird Owners of New York.

“The majority of the Thunderbirds are 1955 through 1957. They dominate the show because everybody that sees one, wants one,” says Elliott Weiner, 76, of Smithtown, president of the Long Island Thunderbird Club.

Weiner will display his 1976 Thunderbird cream-and-gold edition with a two-tone exterior and interior and a license plate that reads “1bigbird.”

Spectators can enter a 50/50 raffle, enjoy disc jockey music and watch as trophies are awarded for best in show for a T-Bird or Ford.

WHEN | WHERE Noon-4 p.m. July 7 at the Vanderbilt Museum and Planetarium, Centerport

Corvettes from all seven production eras — C1 through C7 — will sparkle in the sunshine when the 300-member Long Island Corvette Owners Association (LICOA) takes over the museum’s Great Lawn, overlooking Northport Bay.

“Everybody loves Corvettes. People come up and look at them, enjoy talking about them,” says Tony Donato, 61, of Bellmore, LICOA vice president.

Between 125 and 150 Vettes and their owners are expected to be on hand to answer questions from the crowd. Donato, whose 1964 Corvette convertible will be among the Vettes on display, says he won’t mind if kids ask to sit in the driver’s seat.

“If we can get the younger kids interested in this hobby, maybe it will live on another generation or two,” says Donato.

Flowers from a gardener’s showcase will be in bloom, and visitors can roam the grounds, visit the museum’s Hall of Fishes and see a planetarium show.