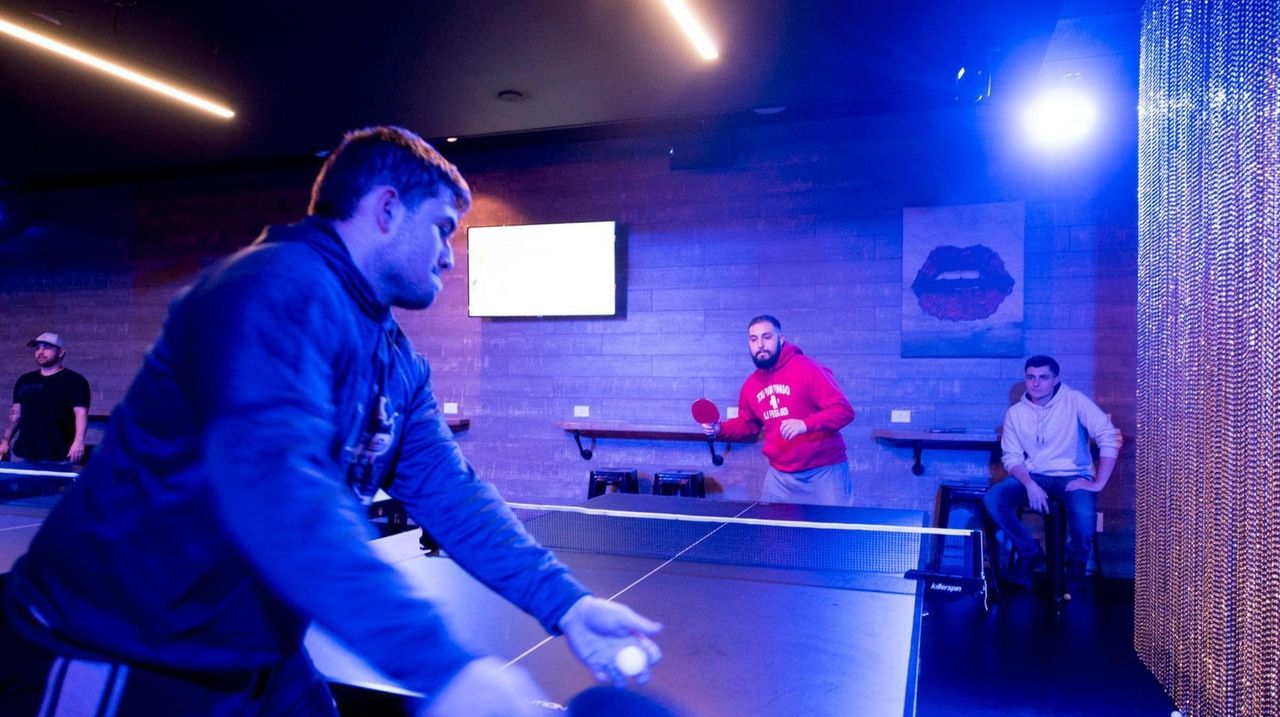 You’ve been to bars, taverns, clubs — but probably not one that's entirely dedicated to playing pingpong.

It’s not so much what you see in front of you when you walk into Smash in Levittown, but what’s rolling around on the floor: Pingpong balls.

“They do a good job of picking those up,” says Juliana Tirado of Levittown, taking a quick break from playing the game with friends. “It does look cool, though.”

Indeed, staffers are constantly canvassing the floor at Long Island’s newly opened pingpong spot, scooping up errant balls with nets to collect them for future play. The closest place you'll find a similar experience is in Manhattan's Flatiron District at the popular SPIN pingpong club.

“I was just driving down Hempstead Turnpike and I saw the sign,” says Tirado, 29. She entered to find an upscale barroom lined with pingpong tables and flat-screen TVs. That's when she called friends to come and meet her.

“I was like, wait a minute — pingpong? That’s so cool,” says Alex Ruiz, 34, of Freeport. "It’s been a while since I’ve played the game,” Ruiz acknowledges, but “it’s coming back to me quickly.”

For now, it's $20-$35 an hour to play, whether you're a party of two or a group of as many as seven. The floors are sleek and black, and the room is bathed in lights that shift colors.

“We’re really liking this place,” says Maureen Mullarkey, 53, of Levittown, who was there to play with her husband, Robert Gronenthal, after their 25-year-old son had visited the night before.

Families are welcome during "off-peak" hours (think early evenings and weekend afternoons) — after 8 p.m., admission generally shifts to a 21-and-over policy. Larger groups may gravitate toward two party rooms that can hold as many as 30 people. Plans for pingpong leagues and private lessons are in the works.

Patrons say the novelty is a big draw.

Luisa O’Brien, 40, of East Meadow was back for a second day in a row, this time celebrating a friend's birthday. "It's cool," O'Brien says. "So now I'm back with more people."

WHEN | WHERE Noon-2 a.m. Thursday-Saturday, noon-midnight Sunday and 4 p.m.-midnight Monday-Wednesday, 2953 Hempstead Tpke., Levittown. Tables can be reserved in advance online.

OTHER PLACES TO PLAY PINGPONG

Guys And Dolls in Valley Stream may specialize in billiards, but you can reserve its pingpong table for play ($8-$16 an hour; 516-825-8822, guysanddollsbilliards.com).