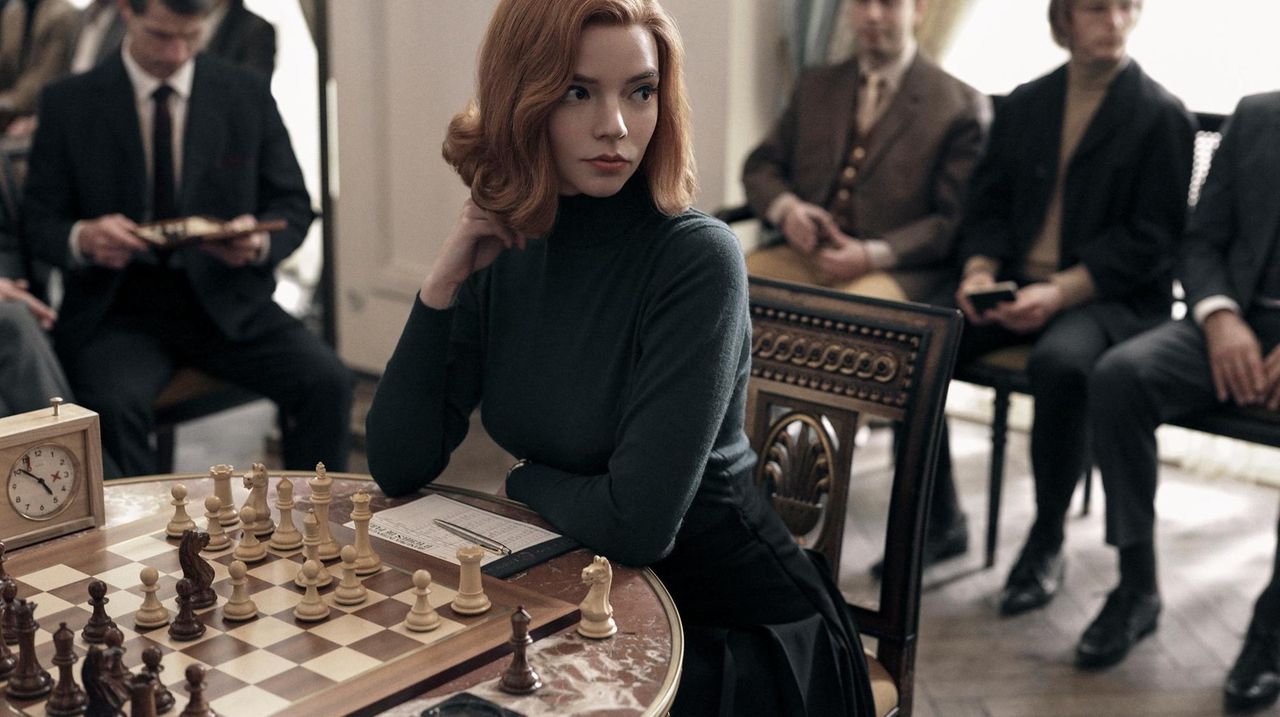 Quentin Turner, owner of Your Move Chess & Games in Massapequa, spoke to Newsday about how his business has been overwhelmed by online orders for chess sets that, for the first time since 1996, the store has had to close temporarily so employees can focus on shipping the requests. Credit: Debbie Egan-Chin

Quentin Turner, owner of Your Move Chess & Games in Massapequa, was so overwhelmed by online orders for chess sets during December that for the first time since 1996, the retail store had to close for nearly two weeks so employees could focus on shipping the requests.

"It’s very crazy," Turner says. Though the store has reopened, he is still 300 orders behind. Turner, whose store ships nationwide through its chessusa.com website, is seeing a burst in interest in the game that others in the chess world also say they’ve noted since the Netflix series "The Queens Gambit" debuted on Oct. 23.

The show, which was the No. 1 series on Netflix in early December and is still in the top five, focuses on a fictional female chess phenomenon in the 1960s and is based on the 1983 book of the same name. It follows Kentucky orphan Beth Harmon as she grows up and battles drug and alcohol addiction and sexism to defeat the world chess champion, beating man after man at high-stakes tournaments in Las Vegas, Mexico City and Moscow. More than 62 million households watched the seven-episode series in its first month, according to Netflix.

Chess features 32 pieces, with black and white battling on a 64-space board, each player striving to trap and capture the other’s king to win. It takes strategy and thinking ahead to anticipate an opponent’s future moves. "Queen’s Gambit" viewers may not have realized chess could be so intense and exciting, Bellon says.

The show’s popularity has spurred adults to embrace chess sets as holiday gifts, Turner says. His stock is very low. "I've been trying to reorder with as many places as possible."

An uptick in the interest in chess began with the pandemic, when people were stuck home looking for things to entertain themselves, says Nick Barton, director of business development for Chess.com, a worldwide online platform where players face off with others virtually, similar to the way players battle in Words With Friends.

"The last weekend of March, we added 55,000 members in a single day. That was a record in company history," Barton says. That record was smashed after "The Queen’s Gambit" aired, when closer to 130,000 people began joining per day, he says. "Almost every day in November was a new record of people joining Chess.com. We thought it was going to taper off already, but it hasn’t happened."

Zachary Mezzo, 21, of Mineola, followed that trajectory. "I learned how to play when I was really young," says the New York University senior, who is studying music composition. "Then when the pandemic started, I really got back into playing more. When the Long Island Chess Club reopened, I wanted to try playing in some real competitive games. I was really excited when ‘The Queen’s Gambit’ came out, because it was getting chess into the mainstream. I was seeing more of my friends become interested in something I really cared about."

Neil Goldberg, owner of Main Street Board Game Café in Huntington, says he didn’t understand why he was suddenly getting so many calls asking about whether he carried chess sets until his wife put two and two together. And when customers come in to play games in person at the cafe, he notices more of them choosing to play chess. He’s increased his inventory. "They’re starting to move at a much higher rate," he says of chess sets.

According to the Port Washington-based NPD Group, sales of chess sets jumped 87% in the United States in the three weeks following "The Queen’s Gambit" debut, and chess book sales rose 603%.

The Long Island Chess Club has a 400-member Facebook page, and "I’ve been getting more requests in the past two months than in the past year," Bellon says. "They’re asking ‘What do I need to join? How do I join the U.S. Chess Federation? How long are tournaments?" And, while he's gotten more women asking questions about the game than ever before, he says that chess remains a male-dominated pursuit. Chess.com's Barton says that his site has seen an increase in the number of women playing since "The Queen's Gambit," with about one-third of new players during the first week of December being female, the highest the site has ever seen. "Typically it's hovering around 25%," he says of the numbers before the show aired.

Daniel Delacruz, 39, an ice-cream maker from South Jamesport, is a high-level chess player. He says the renewed interest in chess has made him want to take it more seriously, so he's studying so he can offer more value to adults who pay him $35 an hour for online lessons.

Though "The Queen’s Gambit" is geared to adults, the interest spurred by it has spilled over into the children’s chess world, Barton says. Chess.com’s sister site chesskid.com has seen a similar spike in interest, he says. "Parents are looking for something for kids to engage with. They’re fine with their kids being addicted to video games when that game is chess."

Young adults such as Mezzo are also being enticed, in part because of expert players streaming their games on sites such as Twitch.com and YouTube, Barton and Mezzo both say. "Chess was primed for a moment like this," Barton says.