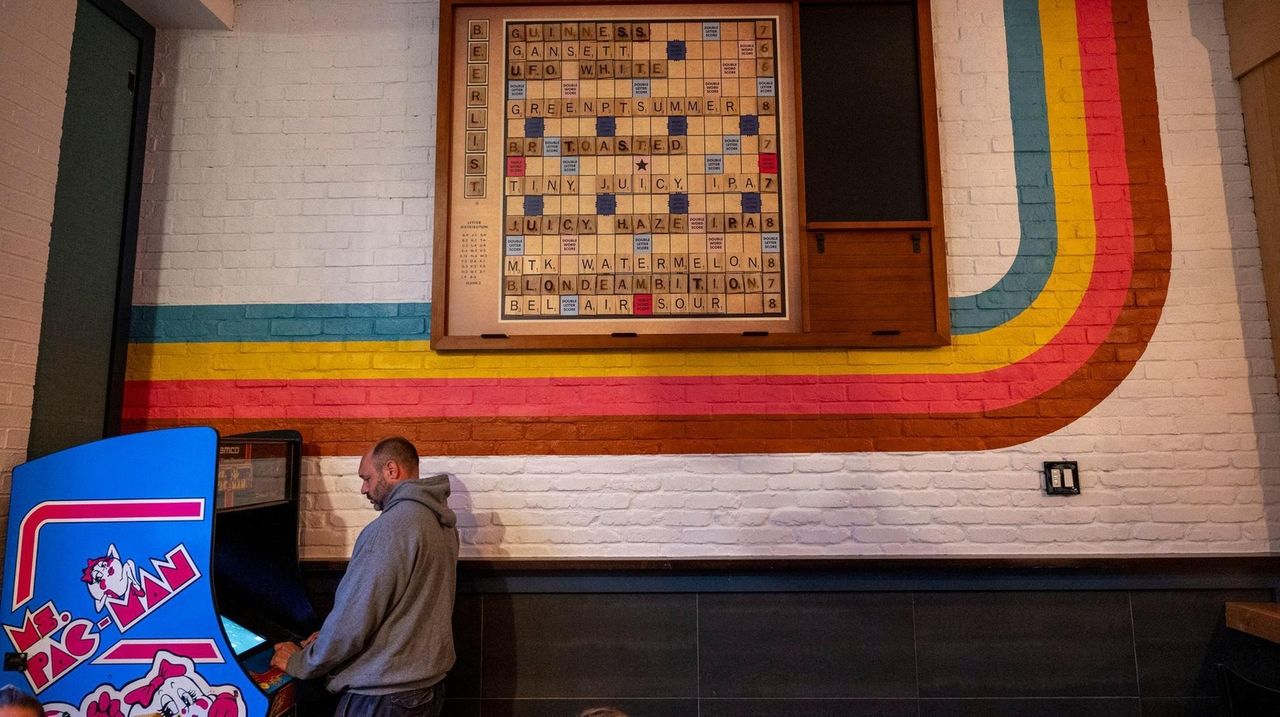 For retro arcade gamers, the goofy gobble of a dot-devouring Pac-Man is music to the ears. The flashing lights of a pinball machine is brilliant eye candy. The open invitation beat your high score? A persuasive reason to play again … and again.

"It’s a whole exciting world waiting under the glass," says Chris DeStefano, 53, a gamer and repairman who lives in North Babylon and keeps 40 machines at the 2-month-old High Score Pinball Arcade at the Westfield South Shore Mall in Bay Shore buzzing and glowing in all their glory.

"The physicality of interacting with an arcade machine is more exhilarating than a video game," says DeStefano, who has his own home collection.

Across Long Island, devoted old-school gamers agree. While leagues and communities are rare commodities for the arcade subculture, the hobby happily lives on through casual meetups mostly in homes. A popular retro gaming expo that ran for six years before being canceled in 2020 and this year the pandemic is slated to return in 2022.

Retro games are all unique and come with their own special details, attractions and buzz. What they share is that they’re all like time machines. They push nostalgia buttons, while offering moments to chill out.

Ronald Barbagallo, 60, who sells, services and refurbishes games, says the mention of pinball whisks him back to game rooms at Catskill Mountain resorts he visited as a kid.

"I quickly learned that if I bothered my parents enough, I would get a pocketful of change," he notes at the Smithtown-based nypinball.com.

Tim Ruymen, 41, a wire technician and wedding videographer in Lindenhurst whose hobby is repairing and flipping games, "has loved pinball and arcades since I’ve been a little kid," he notes at his Instagram account @timballwizard. "Now I’m a big kid and I still love pinball and arcades."

Free time thanks to canceled nuptials during the pandemic freed Ruymento dive deep into his passion, says Ruymen, who bought himself a 1973 Fun-Fest pinball machine for his big-4-0. Fun fact: the game makes an appearance in "The Godfather" and "Deliverance."

"Every pinball machine has a story," Ruymen says.

The pandemic and people hunkering down at home boosted interest, demand and prices. "The market has skyrocketed," says Ruymen.

Dave Wolper, 56, who works in the transportation industry and lives in Centereach, purchased his first pinball machine in 2000 and now has more than 40. Alongside them in his basement are arcade games including the you-drive-it Cruisin USA, the ready-aim-fire Mercs.

He acknowledged that arcade-a-mania is a niche interest. "I bought my wife, Tracy, a 'Game of Thrones' pinball machine and she never played it," he says. "I sold it and she didn't know."

IT'S A SMALL WORLD

Mike Ghiraldi, 51, who lives in West Islip, says pinball passion is a small world on Long Island. "Everybody knows everybody," he says, adding that before the pandemic he and his friends would rotate houses for gatherings. "Everybody has a little something different in their collection."

He also has a half-dozen arcade games including Asteroids and Space Invaders.

Vincent LoVerde, 46, who lives in Wantagh and runs the 3-year-old mobile retro arcade, Metrocade, is nostalgia on wheels with games such as Pac-Man, Ms. Pac-Man and Mortal Kombat.