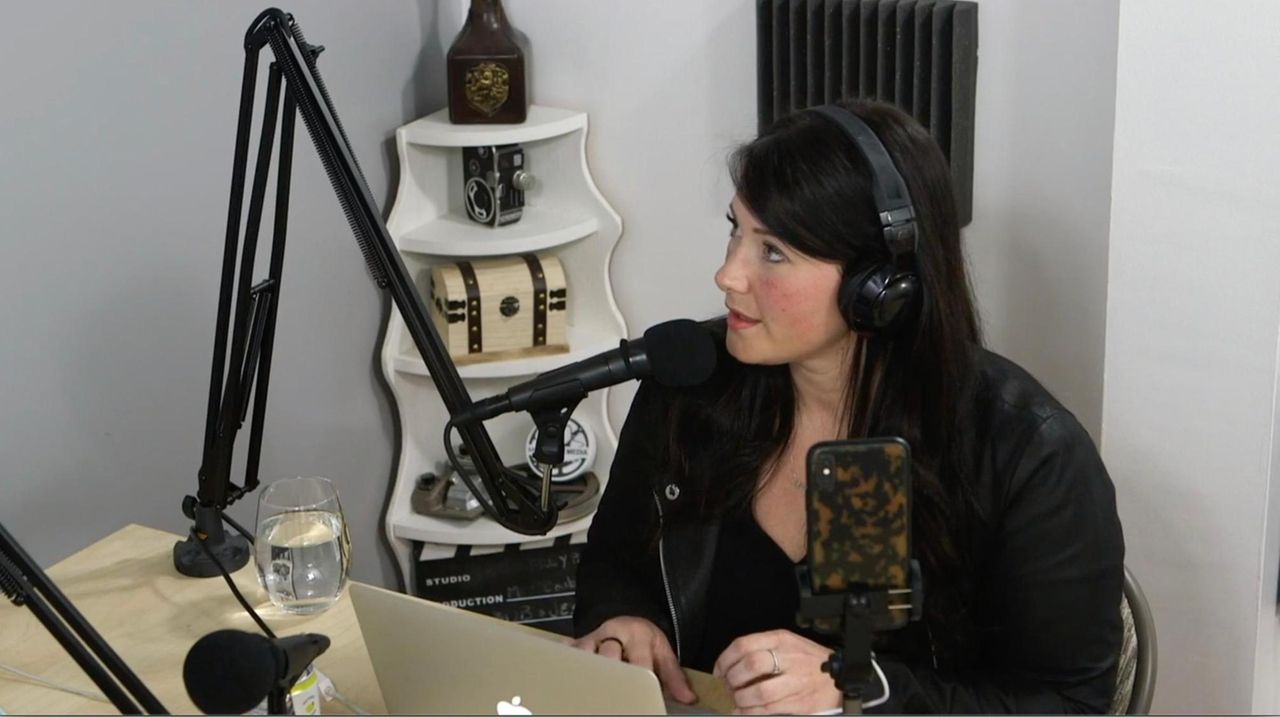 Dan Tresham and his wife, Jackie, unpacked their mozzarella sticks, macaroni and cheese bites, jalapeño pepper and broccoli poppers, chicken wings, fries, rum punch and beer to get ready for their big night in.

The Patchogue couple ordered their feast from The Tap Room — one of several local businesses offering new virtual trivia and bingo nights featuring everything from bar food packages to celebrity guests, drag queen performers and bingo cards that carry a tune.

Tresham, 35, who for work handles small business loans, says the couple had been regulars at The Tap Room in Patchogue and had enjoyed its in-person trivia nights before the virus hit, so they were game to go for its new virtual, Wednesday night versions, complete with some of their favorite foods and drinks from the bar.

“It gave us something to look forward to. I got to go out to pick up the order and then log in and get in on the [trivia] chat — and on top of that I got to support a local business.” He adds, “It was actually really fun and we’re going to do it again next week.”

Co-owner James Bonanno says trivia night “gives people a sense of normalcy — we’ve been doing them [in-person] for 10 years at all of our locations.” In addition to Patchogue, The Tap Room has locations in Massapequa Park and Bay Shore.

Other bars or restaurants that offer takeout as prep for their virtual games include South Shore Dive in West Sayville, which hosts trivia nights on Tuesdays. Virtual bingo, also played on Instagram Live, is held every Wednesday night.

“Both virtual trivia and bingo have been a massive hit with our followers,” says Rachel Margaritis Herbst, a spokeswoman for South Shore Dive. “We've had people playing remotely together by using Houseparty, Skype, group texts and other group call apps as a team.” Anyone is free to tune into @southshoredive on Instagram Live to watch and play along, but to play for a prize, participants must register by placing a to-go or local delivery order directly with the Dive.

There’s also a bingo and drag queen combo available courtesy of Hitch — a Babylon boutique known for its crafting classes — which has sponsored the game in the past at the local American Legion hall. Drag Queen Bella Noche, of Yaphank, performs songs for 10 minutes at the beginning and end of the game, which is played Friday and Saturday nights. A one-time Celebrity Charity Bingo featuring Margaret Josephs, of "The Real Housewives of New Jersey," is set for April 25.

“It brings bingo entertainment into your household,” says Hitch owner Joseph DeBello of his virtual games. “It’s a fun evening.”

Music and painting are in the cards for games that are being offered virtually by Yaymaker Long Island — a national painting and crafts events company. Area Director Tammy Tavarone-Bishop says Musical Bingo will feature music from all genres, with “dancing optional.” Players will be given a bingo card where traditional bingo numbers have been replaced with song names, music titles or both. Music is played, then you mark off spots on your card. A pop-culture-themed paint and trivia night combo is also available.

“The games are played in Zoom rooms and they’re a feel-good thing to do,” says Tavarone-Bishop.

Chris Giaquinta, 35, of the Bronx agrees. He signed up for one of Yaymaker’s recent “Friends” trivia nights during which participants also created their own “Friends”-inspired paintings.

“I’m just way too much of an active person to sit at home regardless of what it is — I have to have plans,” Giaquinta says. “When I saw the theme was ‘Friends’ it was a no-brainer — I’m a ‘Friends’ fan, so as soon as I saw it, I said, ‘I got this.’ "

Port Jeff Brewing Company is also among the businesses moving in-person bingo nights to the virtual sphere. Online games are on Wednesday nights. Owner Michael Philbrick says he likes to have fun with the game by awarding such prizes as today’s much-coveted toilet paper.

“It’s something for people longing for that interaction,” Philbrick says. “They’re seeing me on the screen — a familiar face — and they’re also interacting with other regulars connecting and making jokes.”

WHEN | WHERE Every Wednesday at 8 p.m. at crowdpurr.com. To chat, visit facebook.com/TapRoomPatch. Order food and beverages on universe.com.

INFO Players can order food packages — one that cost $20 for pickup and $25 for delivery and another that costs $30 and $35, respectively. Both come with all the appetizers the Treshams ordered (they added the chicken wings and fries and extra drinks). The lower priced package comes with a rum punch and a Blue Point craft beer, and the other comes with two rum punches and two craft beers. Orders can also be made a la carte from The Tap Room menu. Deliveries are available only in the areas of Massapequa Park, Patchogue and Bay Shore. Call 631-569-5577 for more info.

WHEN | WHERE Trivia every Tuesday at 8 p.m.; bingo every Wednesday at 8 p.m. To receive a bingo card to play, a customer must make a to-go or delivery purchase on the same day as the game. Card is stapled to the takeout bag.

INFO Ticket included with food order. There is no order minimum to participate. Call 631-218-6500 for more info.

WHEN | WHERE Friday and Saturday nights. Prices include cash as well as virtual gift cards and items from Hitch, which sells items made by Long Islanders.

INFO $10; includes one game card, every additional card $1. Tickets can be purchased at hitchlongisland.com/pages/events. Celebrity Charity Bingo is $20 to enter and includes one card, with $10 for each additional. Money raised will buy food from local Babylon Village Restaurants to feed those on the front lines of the pandemic. Call 516-860-5543 for more info.

WHEN | WHERE Paint night plus trivia biweekly at 9 p.m. on Fridays and regular trivia games weekly at 8 p.m. on Tuesdays. Players will receive a private link to the game room. Themes include TV shows, “Friends,” “The Office,” “Tiger King” and “Game of Thrones.”

INFO $15 and up; can be purchased at yaymaker.com.

INFO There’s no cost to play the game but participants must get their game card through a purchase made through delivery, curbside pickup or pickup through the store, which is open just for takeout orders. Call 877-475-2739 for more info.

Bingo on LI through the yearsHere's a look back at the bingo halls of Long Island in the past, when gamers would line up their good luck charms, bingo chips, markers and cards for a chance to win the big jackpot.