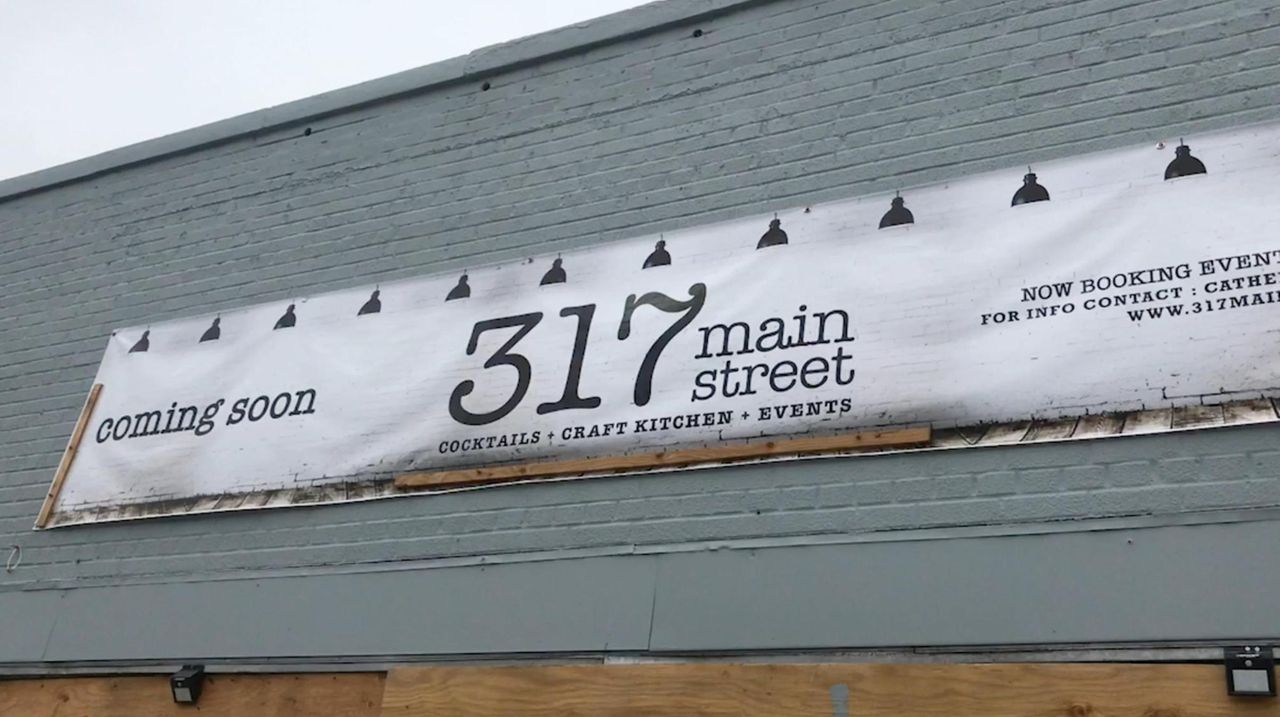 The Nutty Irishman in Farmingdale is spawning a new venue, 317 Main Street — an American gastropub serving gourmet comfort food with craft cocktails and beer plus a live music concert stage. The venue is expected to open in July. Credit: Newsday / David Criblez

The Nutty Irishman in Farmingdale is spawning a new venue next door, 317 Main Street — an American gastropub serving gourmet comfort food with craft cocktails and beer plus a live music concert stage, with eyes on opening in July.

“We are trying to do something different,” says co-owner Joe Fortuna. “This place will have a little more of an upscale feel for the mature crowd.”

The restaurant will offer a rustic décor sporting touches of brick, steel and wood with 8,000 square feet seating 120 and holding more than 500 in the music space.

Walking in, it's clear the star is going to be the open kitchen, which will be run by executive chef Eric LeVine, a season 6 winner of The Food Network’s “Chopped.”

“My focus is local, seasonal, sustainable and trendy. It will be a wide variety of food that speaks to everyone’s palate,” LeVine says. “We want this to be a place where people feel comfortable but also have a different experience each time.”

LeVine says he's excited about the concept of an open kitchen, where there will be a counter in the front with seating for eight. This will serve as a Chef’s Table experience with LeVine curating a private multicourse dinner starting at $100 per person.

“It will be a tasting menu with me where I’ll talk about the food, which will be paired with craft cocktails, beers or wines,” says LeVine. “It’s important to build that relationship with my customers.”

LeVine is also excited to have a live herb wall in his kitchen. “Fresh basil, rosemary, thyme, mint and cilantro will be growing in the kitchen and used daily at the restaurant,” says LeVine.

“We put it all in a jar with the dressing, then the server shakes it like a cocktail tableside and pours it onto a plate,” says LeVine.

All desserts will also be interactive, being displayed on a cart and hand plated for presentation.

The kitchen won’t be the only place LeVine has influence as he will also design signature cocktails and hand pick each craft beer on tap for the bar. “This won’t be your grandparents’ whiskey sour. I will use some local whiskeys and vodkas, plus freshly squeezed juices,” says LeVine. “Additionally, we are going to serve 24 craft beers, paying special close attention to local Long Island breweries and some in the tristate area.”

As dinner winds down, the music venue in the back of the house will get in gear at 9 p.m. on the weekends.

“There will be a pairing of national touring acts with a tribute band from the same genre,” says music director Frank Sheridan. “Each night will have a theme like New Wave Night, ‘80s Pop Night, Hair Band Night, Country Night and Classic Rock Night. But, there will be no rap or metal.”

The series, which will include some Broadway-style performers and stand-up comedy, kicks off Oct. 19 with Nine Days and opening act Decadia. Bars will be situated on stage left and stage right, both serving a late-night menu designed by LeVine.

Holidays such as Halloween, Thanksgiving Eve, New Year’s Eve and, of course, St. Patrick’s Day will feature a dance party with sets from headline DJs and special effects.

“We will bring in special décor, furniture and lighting,” says Sheridan. “Every party will look different and be customized.”

WHEN | WHERE Expected to open in July, 317 Main St. in Farmingdale