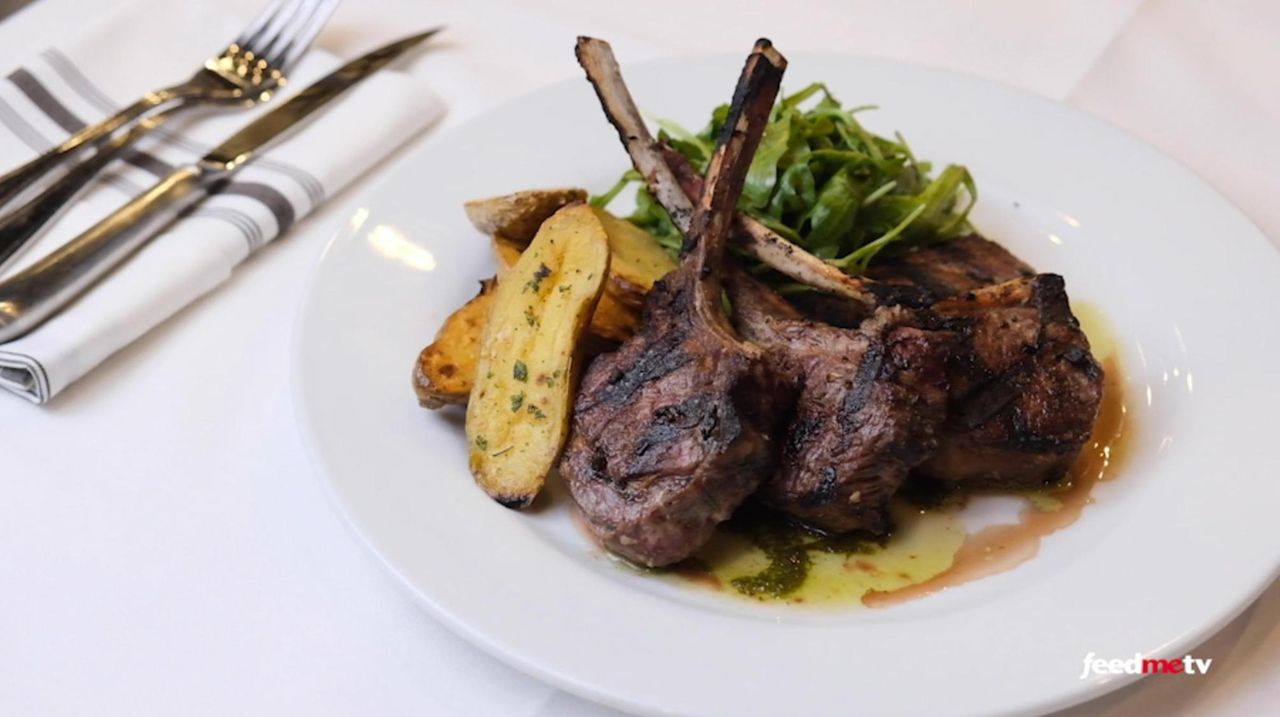 Barman Sharifi, owner of Barmani's Kitchen & Bar, on Nov. 23 talked about opening his restaurant in Huntington, a town he says reminds him of New York City. Credit: Newsday / Daniel Brennan and Chris Ware

AMBIENCE: Soothing tones, dim lights, and a gentle hush; a dining room built for a serious talk or a second date

When Barman Sharifi opened his latest spot in Huntington this fall, the longtime restaurateur asserted that Barmani’s Kitchen and Bar would give people exactly what they want. “We never say ‘no’ to anyone,” he said at the time. “You want the chicken off the bone? No problem.”

That resolute flexibility  probably springs from decades of feeding people; Sharifi has owned several restaurants, from Aqua Blue in Roslyn to Pasta’s Cafe in Manhasset (both no longer) and Harbor Mist in Cold Spring Harbor (still going strong). No doubt, Sharifi has learned that special requests — no gluten, no bacon, hold the nightshades — are here to stay.

So, at dinner one night, when a fellow diner asked for French onion soup, sans bread, the server barely batted an eye. Improbably, it worked: The broth was rich, but not overly salty, the onions caramelized and the Gruyère cap golden and gooey. If you never knew this soup was to have a giant crouton, you probably wouldn’t miss it.

Inside Barmani's timeless dining room, each detail — from white tablecloths to low lights, from walls the color of pewter and steel to an aquarium between the dining rom and bar — seems designed to soothe. The front-of-house staff is genial and relaxed in both the dining room and a separate bar, one that has already acquired a lively over-40 scene.

It's there they also pour a tart, jewel-toned hibiscus martini, made with Monkey 47 gin, that’s an instant classic. Barmani’s wine list, though, is short and uninteresting, a puzzler given the fine-dining vibes — I hope it's in progress.

In step with these moving parts, the kitchen stays mostly within safe Mediterranean bounds. Even so, dinner can be a roller coaster, one that might swerve from delicate, practically greaseless fried calamari (with a Korean gochujang sauce, a rare but welcome twist) to a pot of steamed mussels, clams and shrimp severely lacking in “garlic-chardonnay sauce,” and which possessed a funk that I don't think was intentional. Coins of braised octopus, drenched in broth and smoldering with smoked paprika, a zing of citrus and lots of herbs, were followed a lackluster crab-lobster cake plonked unhappily in a puddle of heavy tomato sauce. Avocado toast as a dinner app is a fun idea, but the bread was as thick as two thumbs, barely toasted and almost impossible to cut.

In a twist, it was the entrees (from chef Ramon Laurido) that possessed more prowess, even if garnishes and accompaniments occasionally languished. Lamb rib chops were hefty, fatty and adroitly cooked, peppery on the outside and a spot-on medium-rare inside (but also, these arrived with arugula so over-vinegared it was inedible). The salty bacon jam draped over seared scallops was a genius stroke, though a few baby carrots rolled around the plate as if orphaned. I was ambivalent about filet mignon, cooked as requested, which had apparently been maple-smoked — though it sounded good on paper, I think it slightly toughened the meat. However, a panko-crusted pork chop over braised red cabbage, billed as schnitzel but thicker than that might imply, was nevertheless a perfect autumn dish, a lingonberry sauce brightening each bite.

The kitchen’s take on bouillabaisse righted the wrongs of the earlier mussel pot, a treasure chest of shellfish in a briny tomato broth thick with orzo. One night, I was caught off guard by a simple side dish of broccoli rabe, its bitterness gently tempered, but not squelched; I could eat just this and some of Barmani’s excellent bread basket (Italian bread, pita, served with pesto and hummus) for a light dinner, and leave happy. Oh, and also some of the wispy truffle-oil-drizzled fries, which looks as if they were split and split again before being crisped into curls.

Pastry chef Michelle Cipriano creates Barmani’s desserts, and they are solidly conceived to follow the straightforward food — a hunk of apple-cranberry cake, for instance, or an oozy mini-chocolate souffle. However, her skill can work at cross purposes with the kitchen’s timing. The first time I ordered the souffle, it came out barely warm, and all vestiges of heat had exited a bananas Foster crème brûlée by the time it hit the table. Eating room-temperature custard is no one’s idea of a good time.

Try something new: Recent LI restaurant openings
What to eat (or not) at LI's first Top Golf
10 new LI restaurants to try this fall
Vegan pop up market comes to LI communities
Alberta leader apologizes, imposes restrictions and passport
DoorDash sues New York City over rights to customer data
Didn’t find what you were looking for?