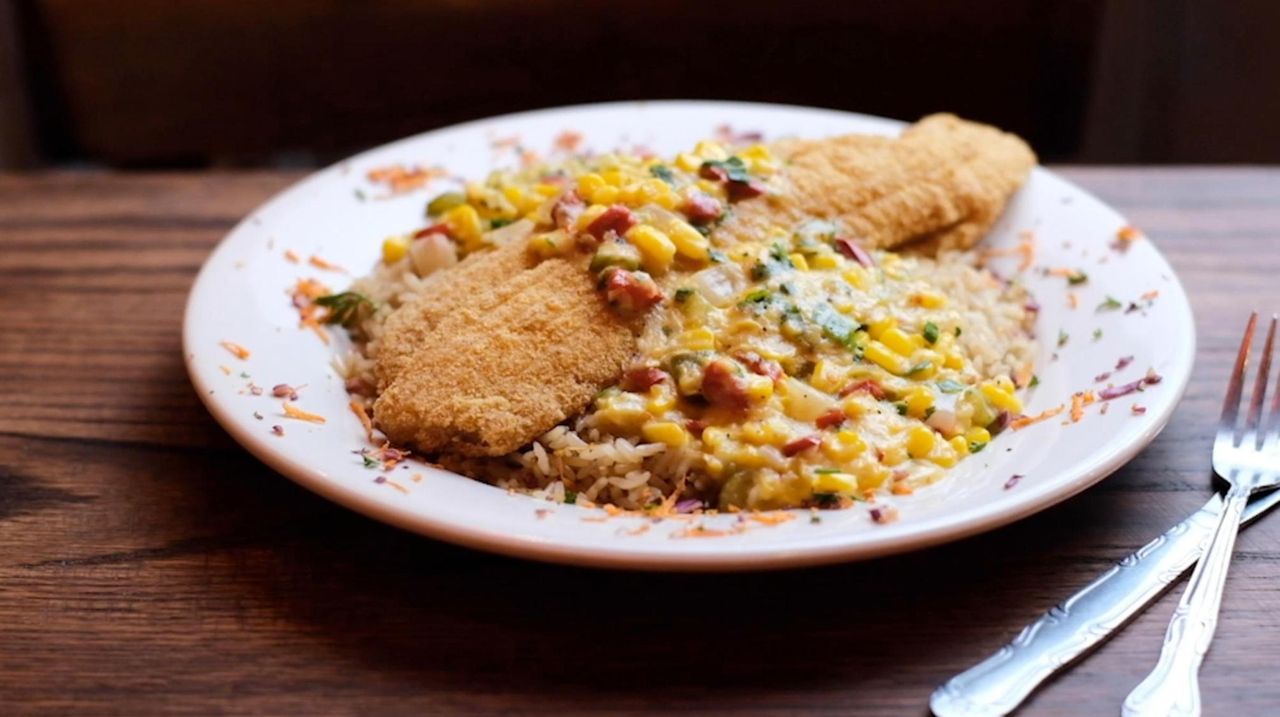 Bayou Jones is a restaurant to restore your faith in fried pickles. And if that doesn’t sound like much of an achievement, well, you and I have obviously been eating different fried pickles. All of it — the crunch, slimelessness, rémoulade sauce — conspires to prevent you from remembering that the world does not need fried pickles, that you do not need them. This is not unusual, of course. Restaurant greatness and caloric neglect have long gone together, and while Bayou Jones is not a great restaurant, it is a place you desperately want to be great, in part because of the chipper vibe, in part because of the island’s dearth of credible Nawlins-esque haunts.

A Louisianian friend and self-styled expert on the glories of its eateries humbly swears that vibe and pedigree matter more than food in such establishments. And Bayou Jones’ origin story is certainly compelling: like a phoenix, it arose from the ashes of two landmark closings, Merrick’s R.S. Jones (1993-2019) and The Bayou in North Bellmore (1986-2018). When Lisa Livermore, who owned the latter, heard the Jones space was available, she partnered with Staci Tucci, leapt from restaurant retirement, and here we are.

“It’s mostly the Bayou menu with a sprinkling of R.S. Jones dishes,” Livermore told me after Bayou Jones opened in June. Its mix of Cajun, Creole, southern and western dishes recalls nothing so much as a car trip from St. Augustine to Tucson via Interstate 10, with all the merriment and disillusion that implies. Exit 230 means the Big Easy and the requisite stop for a boozy and fruity French Quarter hurricane. One sip of Bayou Jones’ effort and it all comes back to you — the things you did for beads, the reason they voted you off the Mardi Gras float, the crimson-hued retching on Bourbon Street.

And the carnival in Merrick continues, inevitably, with generously spiced chicken wings that crackle and burst with juiciness. Among the entrees, my pick is the maque choux, a sort of Creole succotash that, though soupy, ably supports a nice piece of fried catfish. The shrimp étouffée is perhaps uninspired and by-the-book, but the seafood has a nice bite and floats neatly over a well-executed, richly flavorful roux. The voodoo chicken, in which a tartly seasoned and blackened breast is perfectly set off by, in my case, Bayou Jones’ wonderfully peppery jambalaya, is another winner.

About the aforementioned vibe: festive red twinkle lights preside over a compact dining room crowded with tables and determinedly rustic — you half-expect to get splinters from brushing against a wall. Of the cozy, obscenely friendly bar, all I can say is that it’s destined to become your place, even on weekend evenings when they squeeze in a four-piece band — which feels a bit like being trapped in an escape room with Fleetwood Mac. But for some reason you overlook that.

Do you mind that Bayou Jones’ shrimp po’boy contains just a few specimens on French bread and the barbecue pork tacos leave an acrid aftertaste? You do. Would an addition of more andouille perk up the jambalaya salad? Undoubtedly. Should Jenny’s “homemade biscuits” have stayed home? Perhaps. But none of that matters — this is your place. Besides, you can bet that the gumbo will be hearty and rib-clinging, the hefty Iberia Parish steak grilled to perfection, and the large slice of peanut butter and jelly pie — an R.S. Jones remnant — a zaftig delight.

On my final visit, a Saturday evening, the couple to my left was so wrong about climate change I almost felt the need to jump in, another table's ravings about those biscuits made my jaw drop, and a server spilled a drink on my dining companion, whose squeals were inaudible owing to the band’s confident cover of "Lady Marmalade," which had prompted an elderly woman to get up and dance. But I objected to none of it, and neither did anyone else. It’s her place, after all, and his, and theirs — and maybe yours, too.