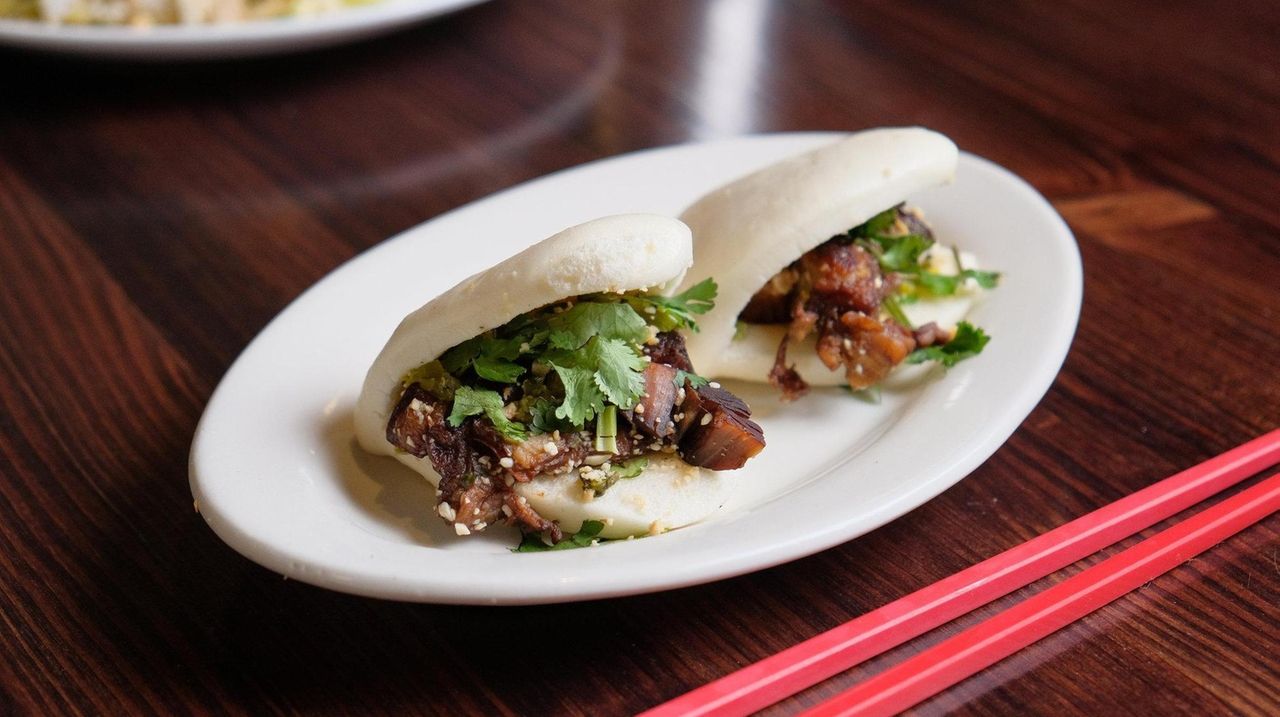 Forget politics. Where to go for Chinese can tear families apart. Parents may be the adventurers, seeking out new flavors and bodily organs in ever-sketchier digs. The kids just want an egg roll.

Cheng Du is the Chinese restaurant that promotes family unity. The sprawling venue took over the old Jani address in Franklin Square three months ago and it retains Jani’s comfortable, almost opulent décor, ornately carved booths, solicitous service and full bar. Even the soundtrack seems designed to bring generations together. One night it was Frank Sinatra segueing into Frank Ocean, another night it was midcareer Michael Jackson.

At Cheng Du, you can still have your egg roll, spare ribs, wonton soup and chicken with broccoli. (The menu segregates 20 such entrees into an “Americanized Chinese food” section.) Jani’s sushi bar remains intact so you can even have a spicy tuna roll.

The main event, however, are the regional Chinese specialties.

Chengdu is the capital of Sichuan province, and chef Junyou Pan expertly deploys that region’s incendiary red chili peppers, balancing them with a panoply of other flavors so that you are not just tasting heat.

Among the appetizers is a whole slew of cold dishes bathed in chili oil. Instead of going for my usual order of beef tendon and tripe, I ordered the fresh bamboo shoots, not the little slices you get in a can, but pliable, flaxen lengths, tender as hearts of palm, showered with scallions and sesame seeds. Another fine starter was the Sichuan standard dan dan noodles, toothsome pasta tossed with minced pork and spicy oil.

Cheng Du covers the Chinese dumpling spectrum with Sichuan wontons in chili oil, Northern-style steamed dumplings and soup dumplings, the pride of Shanghai. Most restaurants on Long Island serve frozen soup dumplings, but, after appraising the gossamer-thin but still firm skins on Cheng Du’s, I decided to believe the manager’s sworn testimony that the kitchen makes them fresh. I’ve not had better ones on Long Island. Another Shanghai specialty rendered beautifully was a plate of braised shiitake mushrooms surrounded, sunflower style, by a border of shockingly green baby bok choy.

The most arresting thing I ate at Cheng Du was the Taiwanese bun, a bouncy half moon of steamed bread cradling a slab of tender roast pork, crushed peanuts, salty-sour pickled mustard greens and fresh cilantro. Another great Taiwanese dish here (one eaten all over China) is braised beef noodle soup, a rich stock transported by star anise and cinnamon, the wheat noodles mingling with flanken-esque chunks of beef.

The popular Cantonese dish salt and pepper shrimp is adapted here to shelled, fat headless shrimp, but they still had the delicate coating that only a brief dredging in cornstarch can bestow, seasoned with plenty of salt, pepper and flecks of chilies.

Cheng Du’s Sichuan renditions of the greatest hits are all recommended: tea-smoked duck, moist and rich; eggplant in garlic sauce, lusher and heartier than vegetables have a right to be. Many of the main dishes are helpfully grouped by preparation, among them those with cumin, hot sauce, scallions or pickled chilies, dry-fried or twice-cooked or hot-potted. It would be the pleasurable work of a month or two deciding which meat (chicken, pork, lamb, beef, shrimp, etc.) worked best with each method. I’m here to tell you that the dry-fried chicken was sensational, crisp fried chicken tossed with red chilies, green peppers, sesame seeds and lots of Sichuan peppercorns. It’s these peppercorns that lend Sichuan food its distinctive mouth-tingling quality (called ma la, “numbing and spicy,” in Chinese).

Add ma la to more cumin than you can shake a stick at and you’ve got Sichuan cumin lamb, another winner. The only dud among this crowd was the twice-cooked pork, which had developed an off flavor during one of its bouts of cooking.

There were a handful of other dishes I would not order again: an appetizer of beef wrapped in a scallion pancake (the beef was cold), West Lake beef soup (bland) and the egg roll (almost all cabbage; I missed the dried shrimp).

But the spare ribs were a meaty, sticky delight, and we all got fortune cookies after the meal.

LI's best Chinese restaurants of 2019We are in the midst of a regional Chinese food boom. 86 Cheap Eats to try on LIThe latest Cheap Eats restaurant reviews.