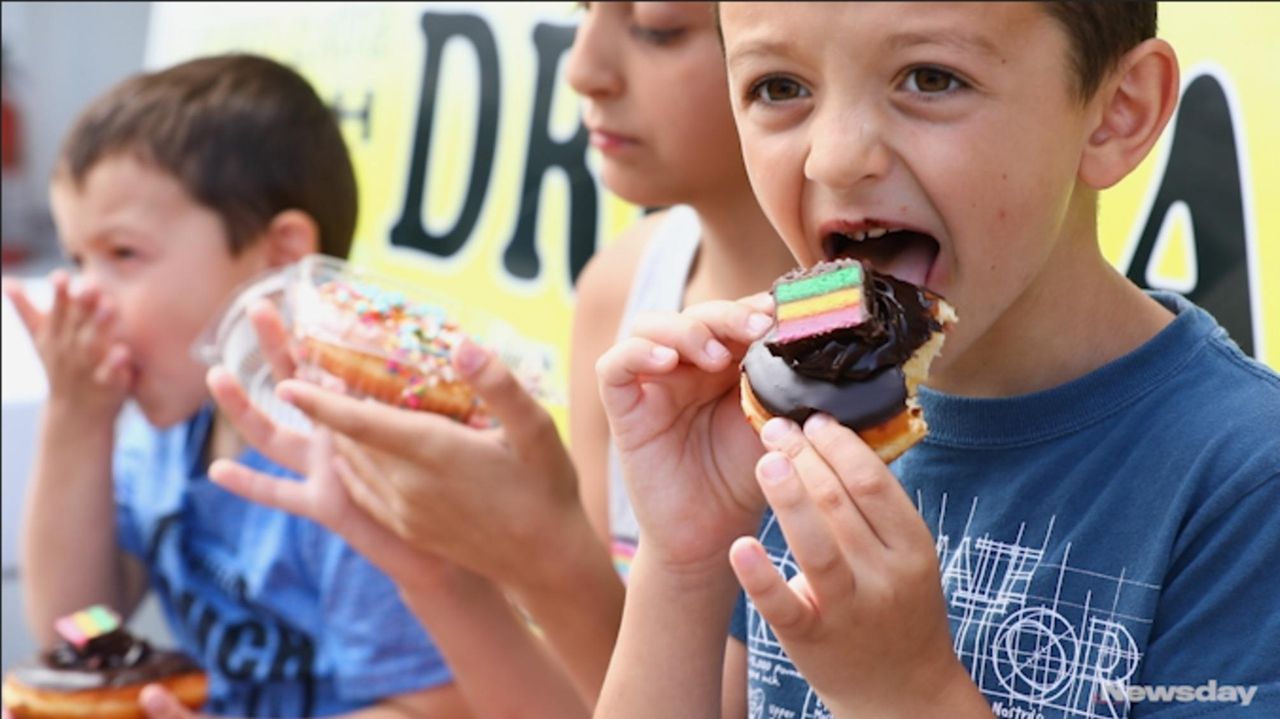 On Thursday, June 29, 2017, dozens of people gathered outside Dough Me A Flavor in Wantagh to try some of the shop's quirky flavors like the maple bacon or rainbow cookie doughnut. The shop features many new-wave varieties and a decorate-you-own-doughnut bar. Partner Justin McCarthy says the shop has sold out its doughnuts every day since opening on June 24. Credit: Newsday / Marcus Villagran

Doughnuts, it seems, are the new cupcakes. Dough Me A Flavor opened in Wantagh over the weekend, joining the ranks of such nouvelle LI doughnuteries Doughology in Lynbrook, Dough Hut in Long Beach and Grindstone Coffee and Donuts in Sag Harbor. (Click here for an overview of Long Island’s doughnut scene.)

As is the fashion, Dough Me A Flavor’s rings come in a profusion of new-wave varieties: rainbow cookie, s’mores, French toast, strawberry shortcake, coconut pineapple, cannoli, maple bacon, coffee crumb, Fruity Pebbles, peanut butter and jelly, Key lime, among them. Most of the doughnuts are yeast-raised, but the churro is a cake doughnut half dredged in cinnamon sugar and half dipped in melted chocolate.

If none of these varieties appeal, there’s also a decorate-you-own-doughnut bar (think Chipotle style) featuring glazes, sprinkles, marshmallows, cereal and candy. Most doughnuts hover around $3.

Partners Rikki Giordano and Justin McCarthy bring in naked doughnuts daily from a distributor, then dress them on the premises. They plan to introduce cookie dough in the near future. Also on tap: drip coffee, espresso drinks and Sailaway cold brew.