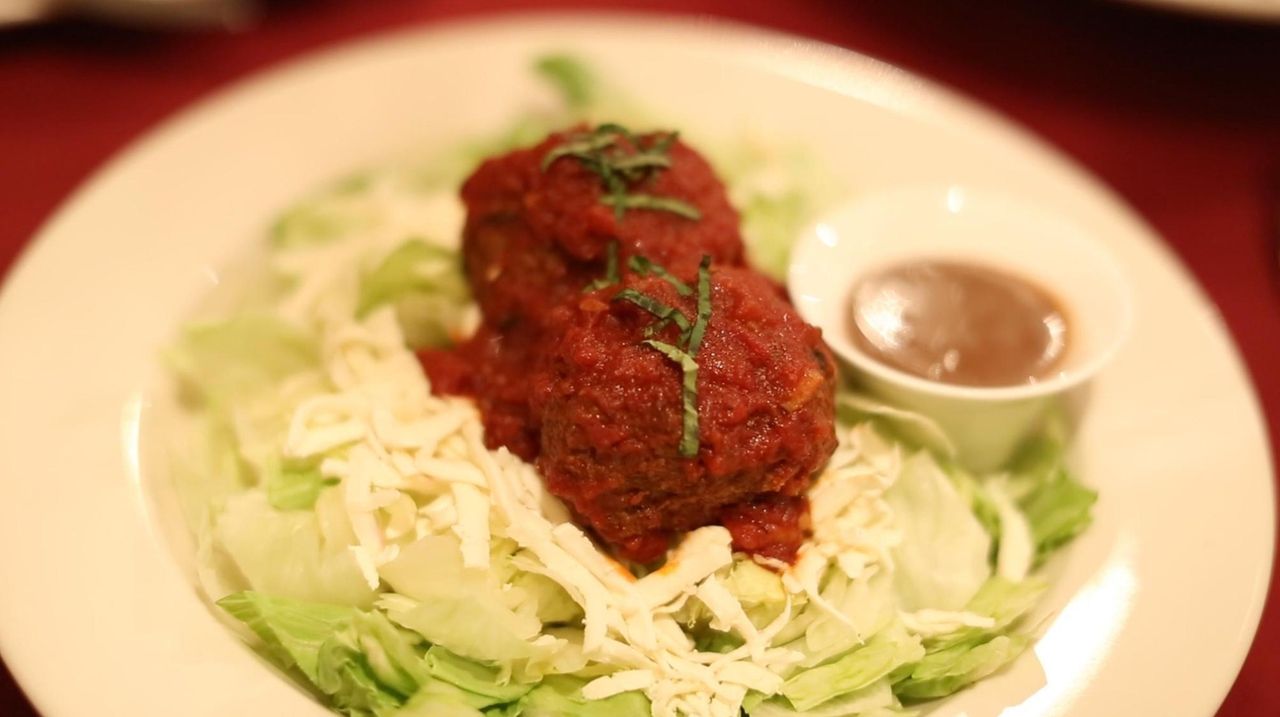 AMBIENCE: Burgundy tablecloths, a giant amethyst and a harbor view — you decide

Sitting empty and lonesome on the edge of the Port Jefferson harborfront, at least for the last few years, was a white structure whose front sign read The Graceful Rose. As the seasons came and went, the sign faded — until this summer, when a new one rose in its place: Due Baci, an Italian-slash-Sicilian restaurant slinging burrata, gnocchi and veal chops, novelties in a way on a strip known more for fried clams and steamed lobster.

Unlike The Graceful Rose, which was opened by lottery winners, this is not the first rodeo for owners Maria and Patrick Aubry, who live in town but also run a restaurant in Connecticut called Amarone. Their son, a pilot, flies them between the two places. To reach Due Baci's second-floor dining room, you climb a staircase (or take an elevator) to a soaring, columned space that feels part Bleecker Street trattoria circa 1992 (hello, burgundy tablecloths) and part New-Age Italian palace, due to a massive split amethyst that resembles angel wings. Just off this dining room is a sunken bar that’s already acquired a happy hour scene, with live performers belting out ballads (heard the guy who croons Sinatra at Uncle Giuseppe's? He was singing here one night).

From decór to music to treacly cocktails and generous wine pours, Due Baci seems designed for a certain, maybe a mature, crowd, one that finds comfort in Italian-American standards, such as mozzarella sticks whose pebbly edges are embedded with herbs. “I think these are the best mozzarella sticks I've ever had,” said my companion one night. As I stretched one with my teeth, I had to agree. The dipping marinara was soft and a little bit sweet, too, and appeared again later alongside fried calamari that, though respectably light and crisp, wasn’t really memorable. Neither was an antipasto plate — a salty blossom of decent prosciutto and soppressata sporting roasted red peppers and olives that was underwhelming in size and scope. A lobster bisque was thin and sad, and gamberi saltimbocca, shrimp tightly wrapped in ribbons of bacon, came slathered in a balsamic reduction so sweet I couldn’t finish them.

Unfortunately, that salad was a rare bright spot. Another was a bone-in pork chop smothered in bell and cherry peppers and onions (braciole di maiale Siciliano), succulent and almost medieval and crowned with wispy fried potatoes akin to potato chips, but better. A bowl of cavatelli with broccoli rabe and sausage had ample garlicky charm but suffered from an overabundance of hard stems.

In other words, Due Baci is still finding its footing, at least on the culinary front. Servers, a charming and attentive force, seemed aware of this and eager for feedback. Their attention could unfortunately not salvage the uneven food, from dry Bolognese on pappardelle to a veal Marsala of leathery cutlets whose sauce couldn’t be revived by a truckload of capers (the manager later insisted on comping this dish). “Gnocchi pesto” drowned in cream instead of singing with basil. The kitchen improvised well with a special request of chicken Milanese — crisp fried cutlets, fresh arugula, lots of diced tomatoes — but stumbled during a busy night with things like rib-eye and salmon, with some dishes tasting as if they had taken an extended vacation under a heat lamp.

At first, Due Baci’s dessert menu seems almost boundless, but upon closer inspection is mostly frozen. Coppa stracciatella, a parfait of vanilla gelato, hazelnuts and cocoa powder, is heavenly, as was a flute of lemon sorbet. Mini-cannolis, filled with a sweetish, silky cream, ran a close third. The sweetness that dominated during other parts of the meal find a home here, at least, and for that I was grateful.