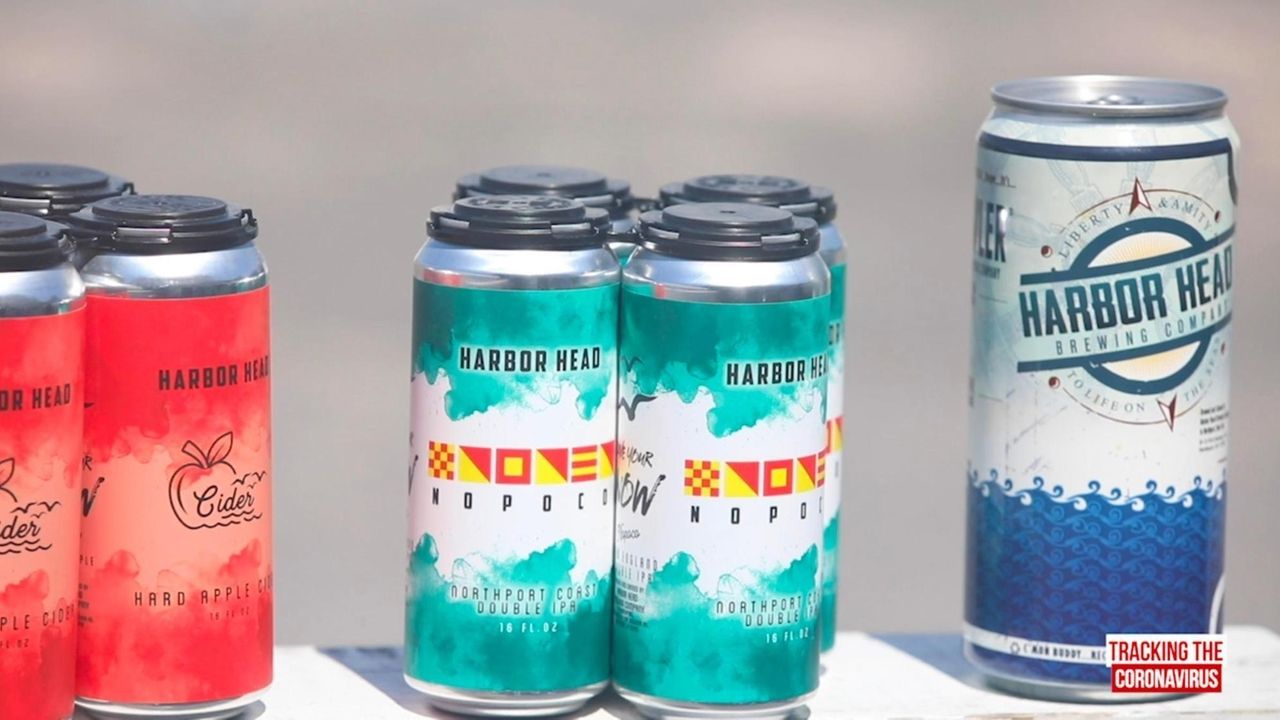 Bars and breweries on Long Island are keeping sales and spirits alive by producing orders to go and for curbside pickup during this pandemic. Newsday's Steve Langford has the story. Credit: Newsday / Shelby Knowles; Yvonne Albinowski

Newsday is opening this content to all readers as we provide Long Islanders with news and information you can use during the coronavirus outbreak. All readers can learn the latest news at newsday.com/LiveUpdates

Most Long Island breweries are still producing beer for to-go sales and curbside pickup, but a growing number will drive their IPAs, stouts and sours right to your doorstep, at least if you live nearby — or even a bit further. “We’re willing to go fairly far,” said an order-taker at Harbor Head Brewing Co. in Northport last Friday, “as long as it’s not ridiculous.”

A few particulars: Someone who is 21 and over, with an ID, will need to accept the delivery. Check websites and Instagram accounts for availability (Secatogue Brewing Co. in West Islip was temporarily sold out earlier this week, for instance, but is replenishing) and order with plenty of time to spare, especially for same-day delivery. Sheltering in place with a slew of people? Long Ireland Beer Co. in Riverhead and DUBCO (below) sell five-gallon slim kegs (sometimes called 1/6 kegs) for home ... use.

BrickHouse Brewery and Restaurant. (67 W. Main St., Patchogue): One of Long Island's original craft breweries delivers beer Thursday to Saturday, with loose geograhpical parameters ("So far we have gone as far west as Babylon," wrote head brewer Chris Dolan. "Willing to drive the beer to the people.") Crowlers are $10, growlers at $15, and the list of available beers and ales (found on the brewery's website) is long, from Hop Under IPA to BrickHouse Red. Payments are taken via Venmo, along with a photo of your valid ID. More info: 631-246-4129, brickhousebrewery.com

Destination Unknown Beer Co. (1 South Chicago Ave., Bay Shore): DUBCO exemplifies flexibility and smarts when it comes to delivery: Orders are taken via Instagram, the website and email, with beers trucked throughout Suffolk and some of Nassau, depending on day (the range stretches from Merrick to Patchogue along the South Shore, and up to the North Shore, too). Virtual payments are taken via Venmo, PayPal and Zelle, and the lengthy beer list appears on beermenus.com — right now, you'll find the highly rated double IPA Abuse of Power, a line of hard seltzers, and Strawberry Frosted Donut Milkshake IPA, among many others. $30 minimum for delivery, with crowler cans starting at $13. More info: 516-343-7898, destinationunknownbeercompany.com 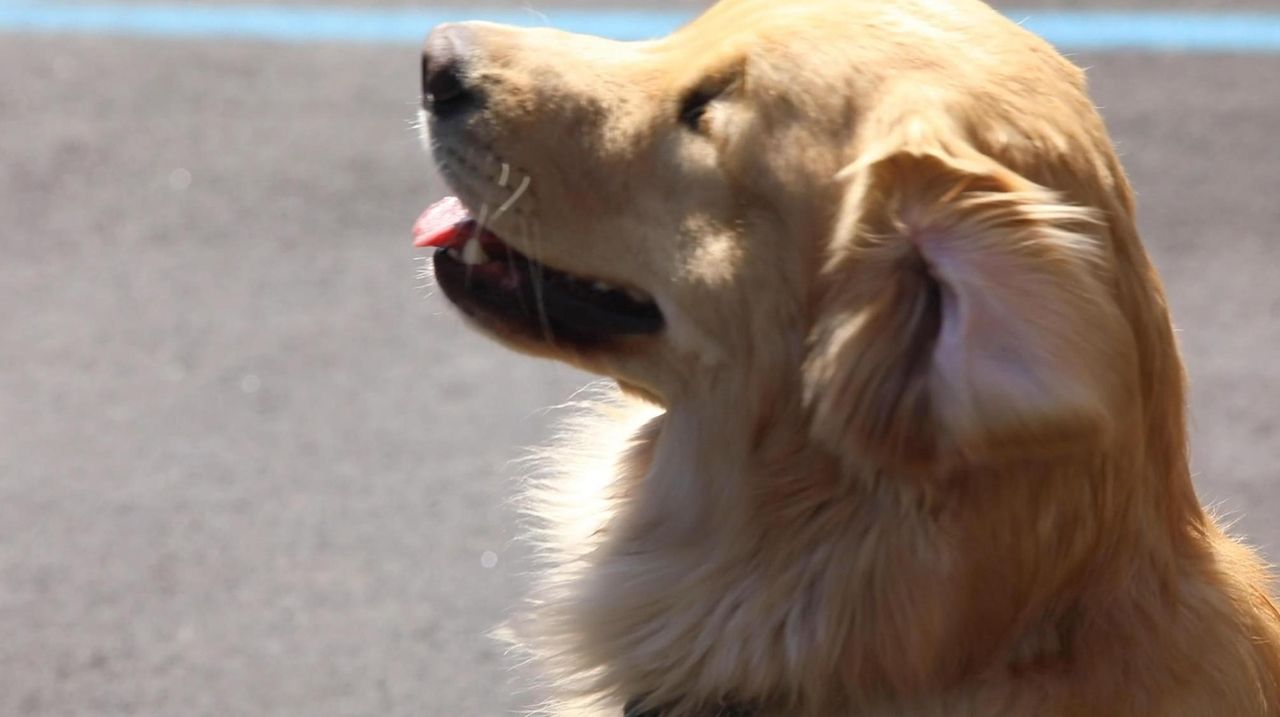 Harbor Head Brewing Co. (81 Fort Salonga Rd., Northport): It’s a bummer you can’t linger to drink in the waterfront views here, at least for now, but this can-do brewery (whose tasting room is open for to-go beer) will deliver growlers and cans within a reasonable distance, a few times each week. Growlers ring in at $20 to $24, and there are crowlers and cans, too, of beers such as Oat-tay Stout, Northport Coast Double IPA (NoPoo) and Dockyard Lager. More info: 631-815-5588, harborheadbrew.com

HopWins Brewery (1460 North Clinton Ave., Unit L12, Bay Shore). HopWins had been in the works for years, and was due to open on March 21 — then, of course, eveything changed. For the time being, the brewery is doing curbside pickup and delivery — beers include a marshmallow stout called Fluff Daddy and a vanilla golden ale called One Hella Vanilla! 25-ounce crowlers are $10, and growlers are $18. More info: 631-235-2189, my-site-109657.square.site

Garvies Point Brewery (1 Garvies Point Rd., Glen Cove): Though it’s hard to get this squad on the phone, you can order online for same-day local delivery of their IPAs and sours; those orders generally go out in the early evening, after 5 p.m. The six lucky ZIP codes are listed on the site, radiating out from Glen Cove, and 64-ounce growler fills are $20 (whereas 32-ounce crowlers are $15, and cans are $16 to $20 per four pack). More info: 516-277-2787, garviespointbrewing.com

Lithology Brewing Co. (211A Main St., Farmingdale): If you live within a five-mile radius of Lithology, on Main Street in Farmingdale, providence smiles on you: Someone from the brewery will deliver to you in early evening, Wednesday to Saturday, after the tasting room closes. Place your order online for 32-ounce crowlers  ($13 to $15), mix-and-match four-packs or even DIY IPA Pizza Kits, with IPA-infused pizza dough, which include a four-pack of Loyal to the Soil IPA. More info: 516-962-0585, lithologybrewing.com

Long Ireland Beer Co. (87 Pulaski St., Riverhead): Long Ireland, home to Celtic Ale and Beach Please golden ale, has a handy map on their website that shows their wide range for same-day delivery — from Nicolls Road to the west to Riverhead in the east, Miller Place down to Shirley. The options are go from four-packs to growlers to slim kegs (about five gallons of beer), with a minimum order of $50 and free delivery. More info: 631-403-4303, longirelandbeer.com

Sand City Brewing Co. (60 Main St., Northport): While the tasting room is still open for cans and $18 growler fills-to-go, there is sporadic delivery of online orders to Northport and surrounds — check their website and Instagram account, @sandcitybrewery, for updates on schedule (it’s in flux) and what’s pouring. A $50 minimum is required, with a $5 delivery charge. More info: 631-651-2767, sandcitybeer.com

Secatogue Brewing Co. (375 Union Blvd., West Islip): As of this week, this barely year-old brewery (Secatogue opened last May, to massive crowds) had a good problem on its hands: It had sold out of growlers and crowlers of beer, some with names (such as That Microwave Really Ties the Room Together) that add a ray of levity to the times. The beer coffers are being replenished and local delivery takes place Friday to Sunday. Orders are taken online or via text at 631-228-8914. More info: 631-228-8914, secatoguebrewing.com

Six Harbors Brewing Co. (243 New York Ave., Huntington): Not only can you order beer for delivery from this two-year-old brewery, but it might be brought to you by the owners' two dogs, Buddy and Barley. These golden retrievers usually hang out in the brewhouse but lately, they've been loping up to front doors with cans dangling from their necks. The beer lineup runs from IPAs and wheat beer to brown ale, pilsner and lager, brewed by co-owner Mark Heuwetter, and you can customize four-packs to try one of each. Delivery is free in Huntington but incurs a charge further afield; minimum order is $25. More info: 631-470-1560, sixharborsbrewingcompany.com

Spider Bite Beer Co. (920 Lincoln Ave., Holbrook): Spider Bite also has a dizzying delivery range throughout Suffolk County that stretches from South Shore to North (the list is on their website, and deliveries run Wednesday to Monday). The Pro-Am Saison is among the brand-new releases, but there’s dozens more beers listed on the website, available in crowler cans (starting at $11) and four-packs. After placing your order, text the number above to indicate delivery. $30 minimum. More info: 631-942-3255, spiderbitebeer.com