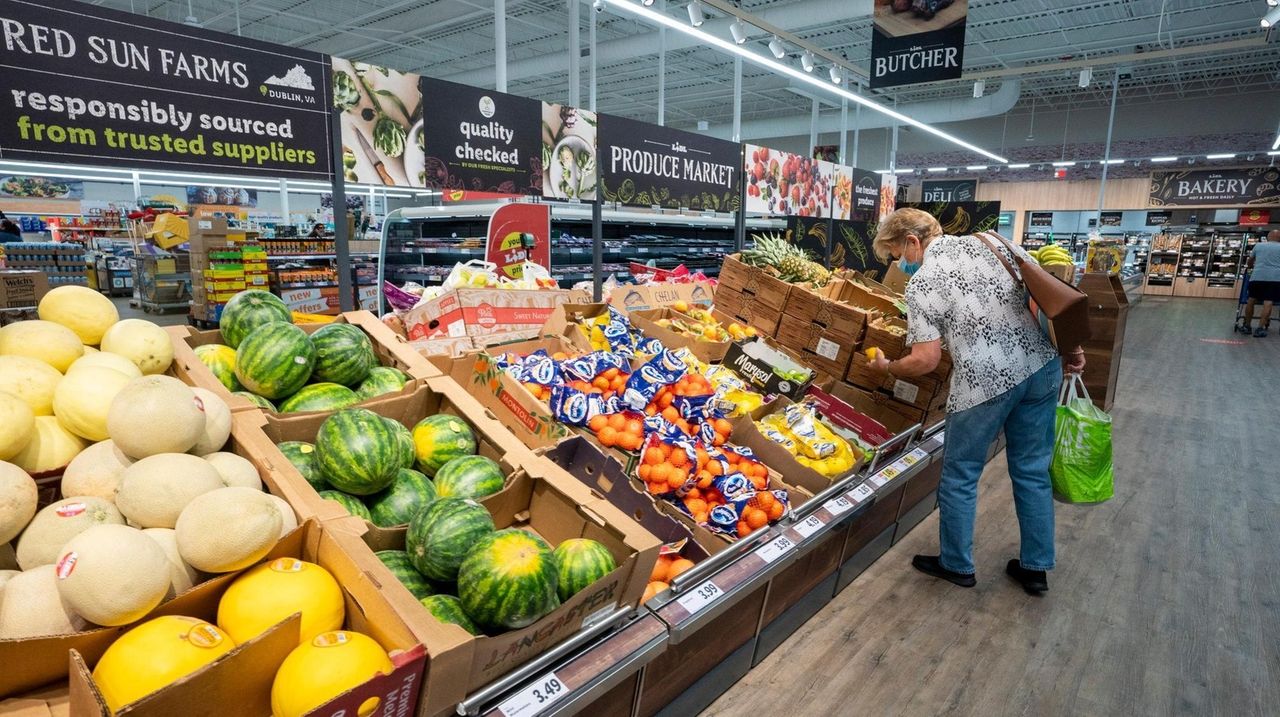 When Lidl opens its doors at 531 Montauk Hwy. in West Babylon on Sept. 29, it completes the supermarket’s takeover of Long Island’s Best Markets, the local chain it bought in 2019. With more than 11,000 locations in Europe and, since 2017, 100-plus in the US, the Germany-based Lidl (pronounced LEE-dull) has been steadily increasing its American presence. On LI, 21 Lidls have opened in the last two years, and the company has said that it has plans to operate 50 stores on Long Island by 2029.

In short: If there’s not a Lidl near you, there will be soon. (Click here to find your closest Lidl.)

Unquestionably, the main advantage Lidl has over traditional Long Island supermarkets is price. While prices at Lidl are markedly lower than what you’d expect to pay other grocery stores, selection is also drastically reduced. A traditional supermarket stocks about 20,000 different items; at Lidl the number is 3,500. Much of the difference is due to Lidl’s relative paucity of brand names: Some categories, such as mayonnaise, might have two or three name brands in addition to the store brand; other categories, such as paper goods, feature only Lidl labels.

You also won’t see labor-intensive services such as a butcher counter, seafood counter or deli. All merchandise is prepackaged for sale, and the setup, with many items displayed in the cartons they are packed in, is more bare-bones than a traditional supermarket, too.

(If you’re thinking "that sounds like Aldi," you’re right. Aldi is also a German-based supermarket chain with about 10,000 stores that is now expanding into the United States. In general, the eight Aldis on Long Island are a bit smaller than the Lidls, and they sell even fewer brand-name goods.)

Over the last few months I’ve explored Lidl, shopping the stores in East Meadow, West Babylon and Center Moriches. In general I found the employees friendly and helpful, the stores clean and pleasant, and following COVID-19 protocols. If you’re inclined to give Lidl a try, here are 11 things that you won’t want to miss:

Note: Prices are generally consistent across all local Lidls, but during weekly specials, prices may vary from store to store.

A signature brand in the South, Duke’s is a hard-to-find cult item in these parts but, because Lidl’s first American stores were in Virginia, North and South Carolina (and its US company is headquartered in Arlington, Virginia), the chain adopted Duke’s as one of its standard brands. As opposed to Hellman’s (which Lidl also carries), Duke’s contains no sugar. A 32-ounce jar is $3.34 for 32 ounces. (Another peculiarly American item I came across was Red Lobster Cheddar Bay biscuit mix for $1.78. I had to add my own shredded Cheddar but it produced nine very creditable biscuits.)

Most of Lidl’s seafood is frozen — and most of the fresh items are salmon. While fish that has been quickly frozen and then slowly defrosted can be excellent, the only seafood that I regularly buy frozen is shrimp, and here’s why: Virtually all shrimp sold in American supermarkets and fish stores has been frozen — if you see it "fresh," it’s because it’s because the store defrosted it. Lidl stocks a wide variety of frozen shrimp — small to jumbo, peeled and unpeeled — but I was drawn to the wild-caught American shrimp from the Gulf of Mexico. The jumbos (10 to 15 to a pound) were a bargain at $19.99, but they went as small as 50 to 60 to a pound for $6.49.

This frozen French-style flatbread with goat cheese and olives reminded me of Trader Joe’s "Tarte d’Alsace" (topped with onions, bacon and Gruyere), a longtime favorite. Lidl’s tart did not disappoint. After about 15 minutes in the oven it emerged crisp-bottomed with the cheese still creamy. Pair with a green salad for a great vegetarian supper. Price $3.99

As you peruse the merchandise at Lidl, you’ll notice products bearing the label "Preferred Selection," often with a flag appearing below the type. Lidl considers these to be premium items, most of them are imported from Europe. I buy a lot of canned tomatoes and usually consider canned cherries a splurge but at 99 cents for 14 ounces, they cost less than many cans of Italian San Marzano tomatoes. (Lidl’s regular peeled canned plum tomatoes are a steal at 95 cents for 28 ounces but I found them tough.)

Another of Lidl’s "Preferred Selection" items is the bronze-cut pasta imported from Italy. Most macaroni, whether domestic or imported, is made by extruding semolina dough through a teflon-lined die. The old-fashioned method, using bronze or copper dies, is less efficient (and more costly) but produces a pasta with a pleasantly uneven surface that’s better at hanging on to sauce. These "better" pastas can run up to $8 a pound at specialty stores; at Lidl, it was $1.19 for a pound of spaghetti, $1.09 for "pipe rigate," fat little shells.

If you’re a fan of fancy-pants dark chocolate, make sure you pick up a couple of these bars which come in colorful, gift-suitable packages and are also Certified Fairtrade, signifying that the cocoa farmers were paid a fair wage. With its 70% cacao content, the Madagascar bar hit my sweet spot; the 60% bar from Peru is a real crowd-pleaser. 3.52-ounce bars are $1.99.

Lidl is proud of its bakery and with good reason. Breads, pastries and cookies are good across the board with special commendation going to the croissants, made with a large percentage of butter and costing $2.35 for a package of four. These are not the best croissants I’ve ever had, but they are without question the best 59-cent croissants I’ve ever had. Other bakery recommendations include the German sourdough bread and the oversized chocolate-chip cookies.

In addition to its regular line of preserves, Lidl also offers a "Preferred Selection fruit spread" of which my favorite was tart cherry, which rather than just tasting "red," actually tasted like tart cherries. Bonus: I’ll use the sturdy, wide-mouthed jar for years to store leftovers. $2.29 for 15.8 ounces

In Europe, butter is often "cultured," which means that the milk has been allowed to ferment slightly before being churned — and not that the butter likes the opera. The fermentation lends a richer, tangier flavor and, usually, a higher price tag. Lidl sells half-pound bricks of cultured Irish butter for $3.29 in both salted and unsalted versions, though I’ve never seen both at the same time.

Lidl’s produce section is relatively small. Each store receives a fresh delivery every morning and prefers to display only a day’s worth of product at a time. (For this reason, if produce is your main quarry, you’d be advised to shop early in the day.) I found a 2-pound bag of crisp, unblemished organic Gala apples for $2.89; organic bananas were 59 cents a pound; conventional bananas were 44 cents a pound. I bought a 2-pound bag of lemons — 6 heavy specimens — for $1.99.

Each Lidl store devotes about 15% of its floor space to nonfood items, ranging from to apparel for kids and adults, blood-pressure monitors and heating pads, car covers and windshield sun screens, rakes and brooms, art supplies and seasonal holiday items (such as animated books that move on their own for Halloween). New items show up every Wednesday and, once they sell out, are not restocked. (I wish I’d bought two of the 60-spool sewing thread sets I saw last December $7.99 and am still wondering about $2.99 pushup bras I passed up.) Among the items that I couldn’t resist on my most recent trips to Lidl were a set of four tiny refillable silicone toiletry bottles ($3.49), a nylon sleeping bag ($19.99) and a 4.2.-quart enameled cast-iron Dutch oven for $24.99. (I’m not saying this pot will last as long as a comparable Le Creuset; I’m just saying it costs about a tenth of the price.)