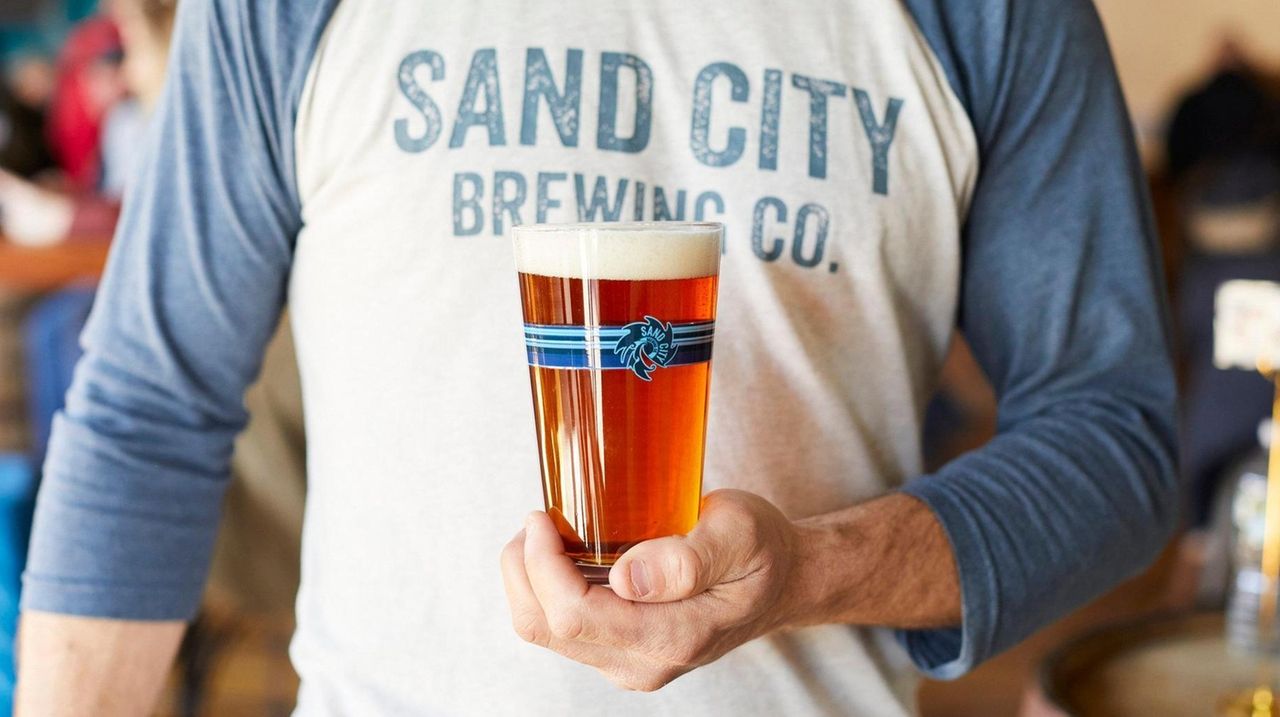 Are we finally stepping through the looking glass? If measured by new breweries alone, maybe so. Like everything else, though, the brewery mini-renaissance in our midst hasn’t come without suffering.

At the start of annus horribilis 2020, a slew of new breweries were set to come online — in Riverhead, in Bellport, in Lindenhurst — but some were buffeted by coronavirus-related shock waves and slowdowns. "Because of COVID, a project that was supposed to take a few months took much longer," said Jeff Schaeffer, president of Peconic County Brewing in Riverhead, where renovations began last April with an eye on a September opening. "We couldn’t get materials, and staff was hard to come by."

In Massapequa Park, partners Angel Santiago and Kris Constantelos opened Motion Craft Brewed a few weeks before the lockdown last spring, after years of home brewing and collaboration. "We had to evolve quickly," said Santiago, which meant pivoting hard to canning and to-go sales. At half-capacity, they were only able to seat 10 in their tasting room. "We kept telling ourselves if we had a crystal ball, we’d probably have tried something sooner."

The pandemic also reorganized segments of the scene. Fills of pre-used growlers are still on hold, due to COVID; Moustache Brewing Co., one of Long Island’s craft-brewing pioneers, declared bankruptcy last summer and closed in February. While Moustache beers have not vanished for good, Moustache’s former head brewer Rob Raffa is transforming the Hallett Avenue space into the first brick-and-mortar home for his nomadic brewing operation, übergeek brewing.

In fact, Riverhead is now a beer mini-verse of sorts, with at least six breweries — including Tradewinds Brewing Co. (which replaced Crooked Ladder at 70 W. Main St.) and Twin Fork Beer Company (at 807 Raynor Ave.) also debuting in 2020. New breweries are on deck for Mineola and Manorville, too.

Here’s a closer look at five breweries that have recently opened, or are poised to.

Two years in the making, the highly anticipated South-Shore outpost of Sand City Brewing Co. unveiled its face in early March as a stunning conversion of a former CVS into an indoor-outdoor, reclaimed-wood playground of beer. Co-owner Kevin Sihler said the team ripped out a second floor to make room for the brewing system, three times the size of the one at the original Northport brewery. Its gleaming tanks are fully visible from the tables scattered throughout the space. "We wanted to showcase the craft of brewing, and turn the place into an experience," said Sihler. IPAs are still en force — the first beer brewed here, an IPA dubbed Oops! I Lindyed My Pants, was released in tandem with the opening — and "some pretty playful series" are on deck, said Sihler. The outdoor patio has a flickering gas fire pit, and while food trucks will soon visit, guests can also order in food from neighboring Hermanas Kitchen & Cocktails. Fans of the Northport location, fear not — it isn’t going anywhere.

Former Moustache head brewer Rob Raffa is busy renovating that brewery’s former space into the brick-and-mortar abode for his company, übergeek. Raffa is something of a mad chemist who calls his beers a "departure from the norm," and plays with flavors such as cacao nibs, turmeric and tamarind for a lineup of sours, IPAs, and fruit beer. The new space will reflect that spirit of experimentation, with art installations and immersive seating. "We want the space to be evocative and cathartic," said Raffa.

A few steps off of the main drag in Bellport, this spot is the culmination of a decade-plus of itinerant brewing for owner and head brewer Brian Baker. Baker patiently waited for this space, which had been a succession of restaurants and cafes, to become free. Once he had the keys, he and assistant brewer, Travis Turner, as well as partners Georgia and John Turner transformed the kitchen into a five-barrel brewhouse, painted the tasting room a navy blue and added a bar, 10 taps and seating for 70. There are plenty of IPAs — Travis Turner was once on the Sand City brewing team — but also a wheat beer flavored with peaches, an espresso stout and a nitro red ale, plus cocktails (such as a Bellport Bloody) made with spirits from Patchogue’s The Better Man Distilling Co. Trivia nights and board games keep guests entertained, and while giant, cheese-filled Bavarian pretzels are the main nourishment (besides beer), patrons can order in from a few local restaurants. Later in the spring, a food truck will park here on weekends, when the outdoor seats on the patio and lawn are sure to fill up.

This airy Riverhead brewery is tucked around the back of the Riverview Lofts. If you can tear yourself away from the lounge-like deck and its views over the Peconic River, inside is a soaring space that can fit 300 (at least, when at full capacity) and has plenty of room between tables. "I wanted to bring the winery feel to breweries," said owner Jeff Schaeffer, who grew up in restaurants and worked with Sysco for a decade before founding the brewery. He hired James Miller, a former assistant brewer Barrage Brewing Co., to head brewing ops. "We spent a year perfecting what we wanted," Schaeffer said, from a classically flavored coriander-and-orange witbier to peppery rye saison and a strong lineup of IPAs, plus pilsner, a nitro stout and others. Unusual for a Long Island brewery, there’s a full kitchen on hand, one helmed by chef Luke Andrews and focused on finessed pub food such as cheese toasties (prosciutto and brie or pork belly and cheddar), wings, flatbreads, hot and cold lobster rolls and burgers both meaty and Impossible.

It’s been a heck of a year for partners Angel Santiago and Kris Constantelos, who met in a home brewing club and mulled brick-and-mortar for a long time before opening this brewery-slash-cidery-slash-meadery a few weeks before lockdown. The pair squeezed a tasting room and production area into 855 square feet, with a bar, a few high-tops and 10 taps out front and a nano-scaled brewing and fermentation operation in the back. The upside of constantly producing microlots of beer, mead, and cider is the freedom to experiment, from sours and IPAs to a chocolate-cherry milkshake stout. A saison brewed with honey, peppercorns and orange peel, called My First Crush, is a mainstay. Constantelos is a longtime meadmaker, so the mead game is strong — literally, with high-ABV meads made from pinot noir or berries, plus lower-alcohol meads flavored with the likes of cherries and orange peel. Ciders pour here, too, meaning something for every taste.

Looking for craft beer? Visit these LI breweriesFrom pale ales to Pilseners, these breweries have it all on tap. Try something new: Recent LI restaurant openingsThe latest restaurants to open on Long Island.