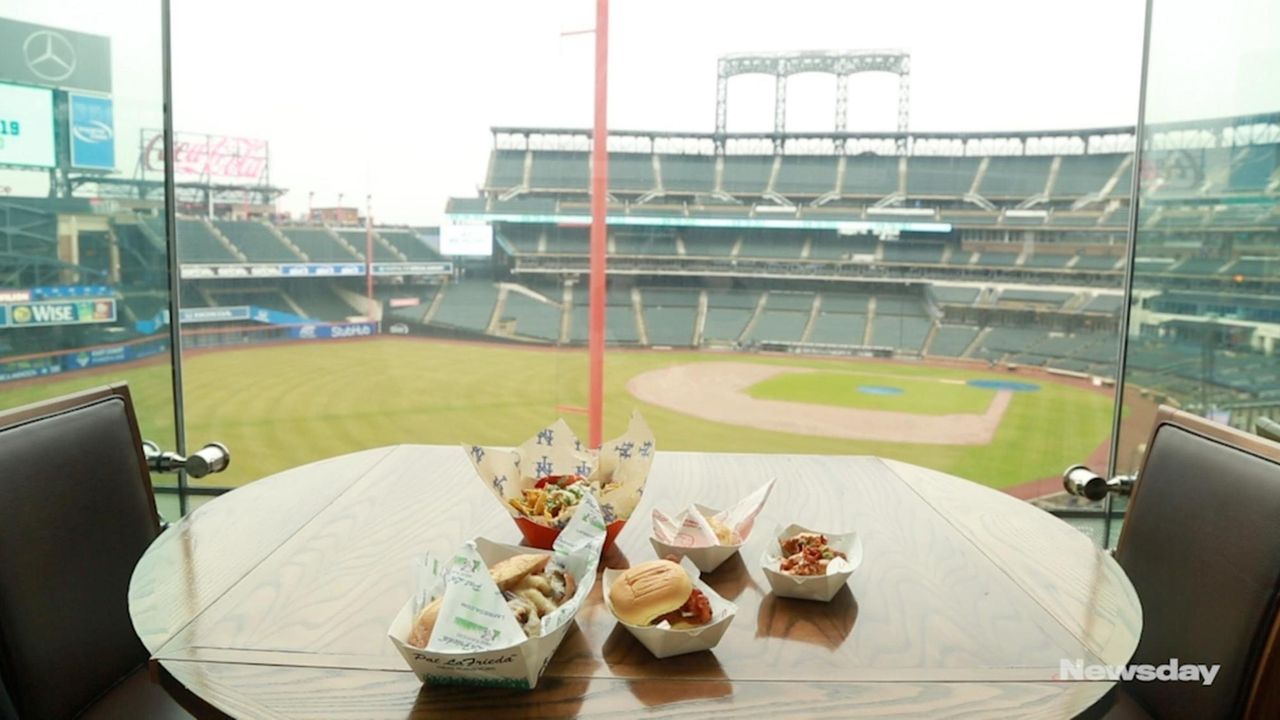 The Mets revealed the new food lineup at Citi Field for the 2019 season on Thursday. Additions include dumplings and pizza in the shape of cupcakes. Credit: Newsday / Shelby Knowles

Mets fans have at least two things to look forward to this season: the 50th anniversary of the Miracle Mets and the new food lineup for the 2019 season, unveiled Thursday at Citi Field. (For a look at the food on offer at Yankee Stadium, click here.)

This year’s food lineup includes several newcomers, such as Emmy Squared, Destination Dumplings, Dulcinea, Pizza Cupcake, Stuf’d and Sliders & Sinkers. At Emmy Squared, fans can dine on pizza and burgers; at Destination Dumpling, pork, beef and edamame dumplings; at Pizza Cupcake, pizza that takes the shape of cupcakes; at Stuf’d, sandwiches and fries, plus dessert s’mores Nutella bites; at Sliders & Sinkers, burgers and fries. Dessert spot Dulcinea serves churros, with Nutella, dulce de leche or Boston cream dipping sauces. All can be found on the promenade level; Emmy Squared can also be found on the excelsior level.

Owners of Pizza Cupcake, Andrea and Michelle Meggiato, credit Aramark senior executive chef Patrick Schaeffer for getting their inventive eats into Citi Field. It was during a Smorgasburg event the three met.

“I was looking for a solution to make pizza so it didn’t get stale within a couple of minutes. I was trying to do something that was easier to eat and portable. So you could hold your beer and hold your pizza; something that’s available for red carpets, corporate events...something that pizza is not really meant for. I wanted to fix that. I re-engineered the dough so it stays soft for hours,” Andrea said about his mess-free invention, which launched in November 2018. Margarita and pepperoni pizza cupcakes are available at the stadium in sets of 3, for $10, or sets of 6, for $16.