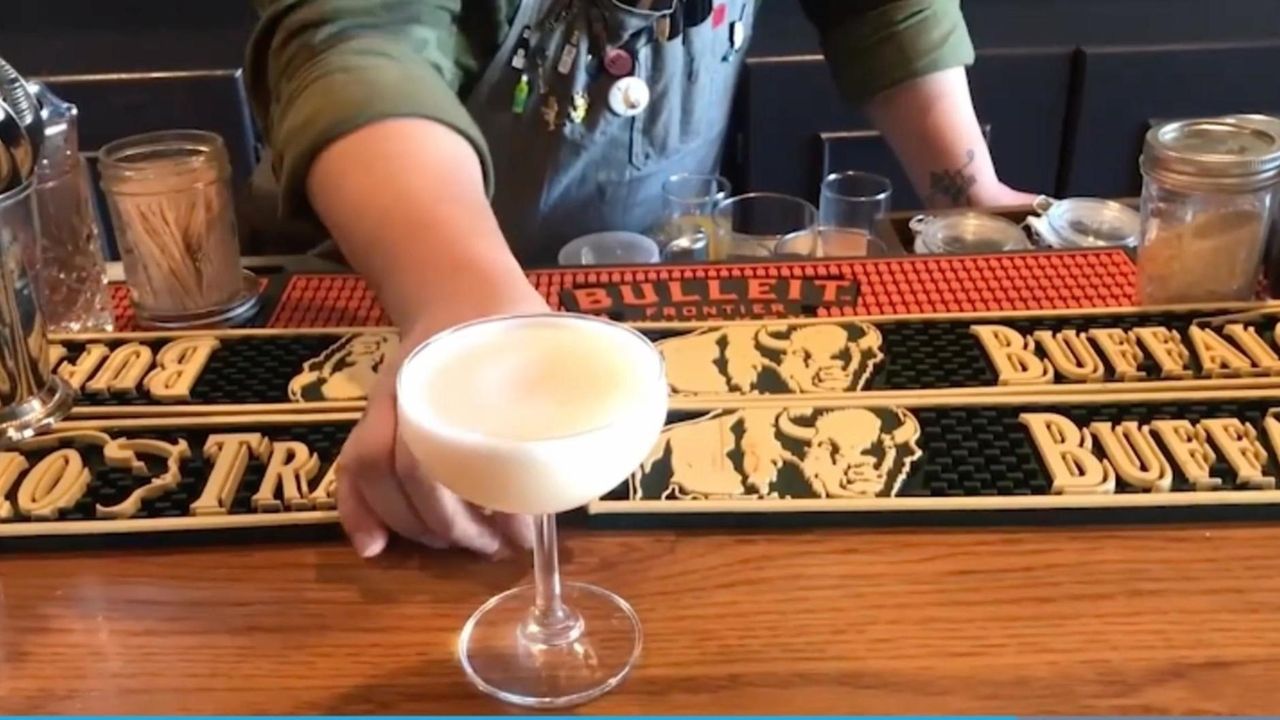 Local bartenders will shake things up with their most inventive cocktails at the NY Cocktail Expo Long Island on Sunday, May 20, at Mulcahy’s Pub & Concert Hall in Wantagh.   Credit: Newsday / Janelle Griffith; Bleu Fox Productions

The Baldwin native says it left him thirsty to discover what kind of distilled concoctions were being poured at drinking outposts and hideaway bars closer to home — on Long Island.

So he set out on a local craft cocktail quest.

Kourie, an event organizer and social media manager, 37, identified a handful of bartenders and brought them together for the first time in 2016 for the NY Cocktail Expo Long Island in Rockville Centre. The event has been held annually since, satisfying the thirsts of more than 400 spirit seekers at each go.

The 2018 craft cocktail crawl is Sunday, May 20, at Mulcahy’s Pub & Concert Hall in Wantagh, over the course of two sessions featuring award-winning mixologists from 10 Island bars and one from Queens. Organizers are expecting their biggest turnout this year — 800 to 1,000 attendees.

“You get to taste the very best of what the Island has to offer with a variety of delicious spirits in a social and fun environment and that has so much value,” Kourie says. “With all the top cocktail bars and spirit exhibitors set up in sort of an indoor street fair adventure setting.”

More than 25 craft spirit tastings will be showcased, as will selections from various distilleries.

Competitors will face a panel of judges made up of industry veterans, past award winners and cocktail enthusiasts, Kourie says, with plaques distributed for the top three drinks.

Food and drink are like rock and roll, Kourie says, which makes events like these very popular. Rising craft spirits such as bourbon makers Elijah Craig and Larceny, Pama pomegranate liqueur and the ginger-flavored Domaine de Canton will be on site with samples. Attendees will also be able to get a taste of Dead Rabbit Irish whiskey released by The Dead Rabbit Grocery and Grog bar in Manhattan, Copper & Kings American Brandy, Catskill Provisions honey-infused rye whiskey, Barrow’s Intense Ginger Liqueur, Death’s Door Spirits and Don Q rum.

What constitutes a craft cocktail is debatable. It’s commonly characterized as a drink that focuses on flavor and high-quality ingredients and a degree of inventiveness.

For Jonathan Gonzalez, the beverage director at Blackbird’s Kitchen & Cocktails in Wantagh, there’s one qualifier: care.

He will defend his title from last year’s first place win for The Hipster Cocktail Party, a drink he spent two years developing.

“It was always in the back of my mind — mixing tomatoes with raspberries,” the North Babylon resident says. “It’s kind of incongruous, but it works.”

The Hipster Cocktail Party is made with raspberry, roasted tomato with an almond syrup, orange bitters, sesame leaf, calamansi (an Asian orange/lime), lime juice and tequila.

Gonzalez will be using Benham’s Gin for his entry in Sunday’s competition. That’s as much as he’ll spill on his 2018 concoction.

PARTICIPANTS: Blackbird Kitchen & Cocktails in Wantagh; The Rust & Gold, Hush Bistro and Vauxhall, all in Huntington; Treme in Islip; Babylon Carriage House and The Brixton, both in Babylon; Salt & Barrel in Bay Shore; Grotta di Fuoco in Long Beach; Jacksons Restaurant in Commack and Queens Bully in Forest Hills, Queens.

The Craft of CocktailsLong Island nightlife has recently evolved. Innovative bartenders are persuading hesitant diners across the island ...