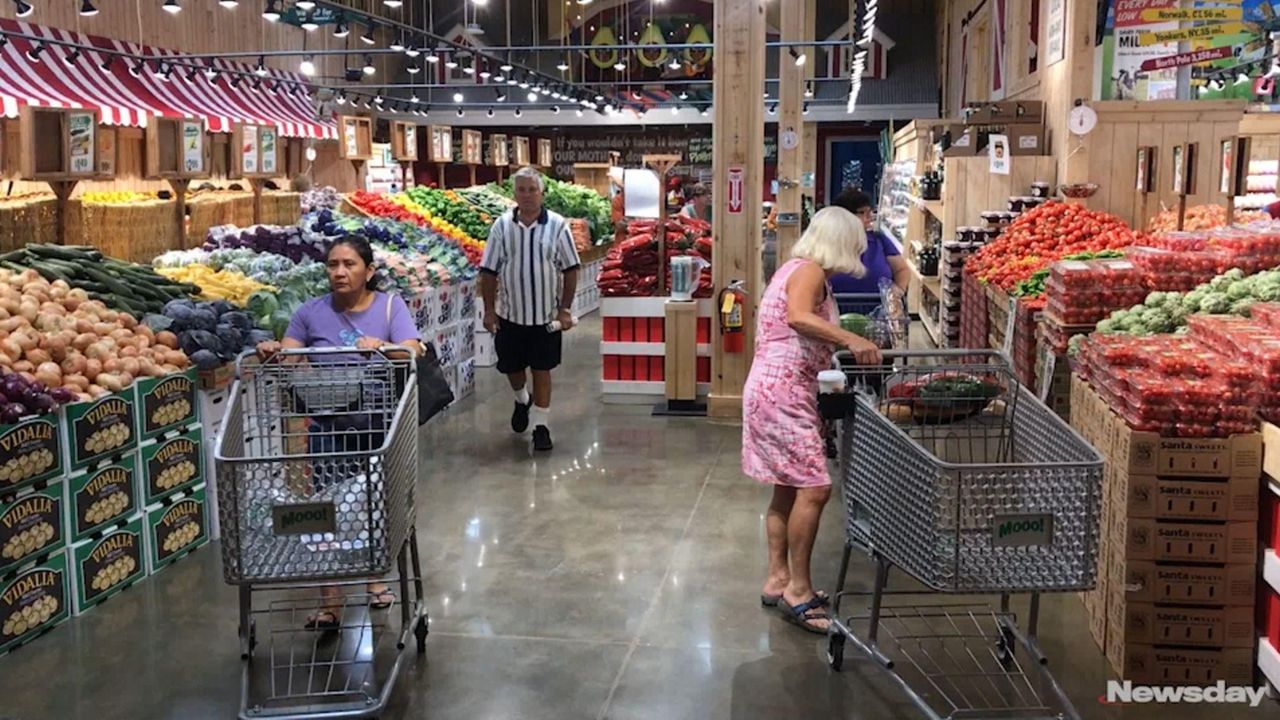 On Tuesday morning, the day before Stew Leonard’s opening in East Meadow, Michelle Atallah was warning the troops. The bakery manager had been at the grocery chain’s Farmingdale opening on Jan. 20, 2016, and she would never forget the “doughnut meltdown.”

“People, be prepared!” she exhorted her colleagues in the bakery. “As soon as customers come in, they are going to see the doughnut machine and smell the doughnuts. They will smell them over the bread and over the cookies. We have to keep it moving.”

All over the new supermarket, formerly a Pathmark, the staff was readying itself for the onslaught. On opening day in Farmingdale more than 25,000 people had crossed the threshold. Here, on Front Street in East Meadow, new recruits and forty-year veterans of the Connecticut-based company were all working to stock the shelves and finalize the displays.

After a year and a half operating on Long Island, Stew Leonard Jr., president and son of the store’s founder, has become a student of Long Island’s eating habits. There are the doughnuts, of course: In its first year, the Farmingdale store sold 20 times more apple cider doughnuts than any other store. 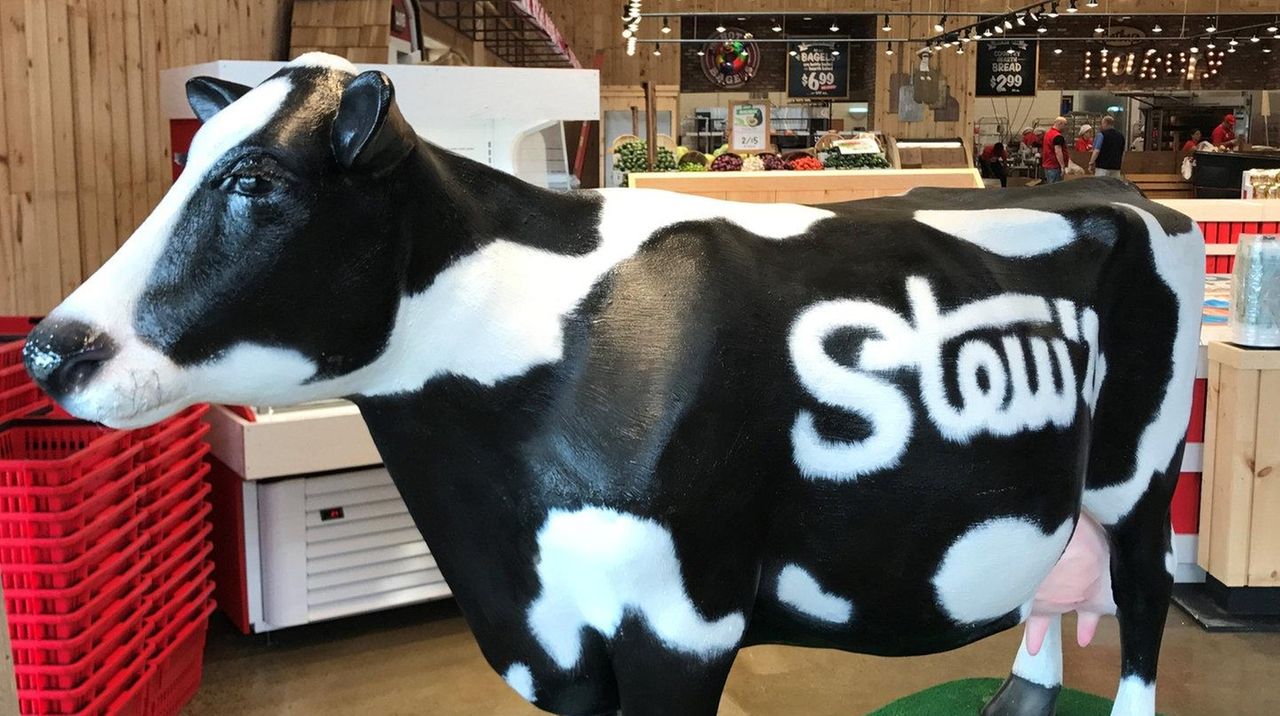 Stew Leonard's newest location opens on LI Stew Leonard's management gave a tour of the new East Meadow location on Tuesday, Aug. 22, 2017, before the grand opening. This is the second Long Island site for the supermarket chain which prides itself on featuring the freshest possible foods in a fun, kid-friendly atmosphere. Credit: Newsday / Megan Miller

“And Long Islanders like their steaks cut thick — at least an inch and a half and up to three inches,” he said.

Long Islanders also like to see local products on the shelves. This ranges from Bryant & Cooper steak sauce (Roslyn) to Tate’s Bake Shop cookies (Southampton) to Holy Schmitt’s horseradish (Riverhead). In season it also means lettuce from Deer Run Farms in Brookhaven, corn from Windy Acres Farm in Calverton and squash from Wells Farms in Riverhead.

The store also caters to non-cooks, with a vast prepared food section that makes everything from Chinese barbecued ribs to Indian vegetable samosas. “But nothing we cook will ever dislodge the traditional top three items,” said Leonard. “Chicken Parm, macaroni and cheese and anything with salmon.”

On Tuesday, Leonard was in East Meadow following the store’s distinctive one-way aisle that starts with doughnuts and coffee and then wends its way through bakery, produce, dairy, butcher, seafood, deli and, finally, prepared foods. Traditional grocery items — cereal, dried pasta, canned goods, frozen foods — are in short supply here. The emphasis is on fresh.

“We are competing with online shopping now,” Leonard said. “With Amazon Prime and Whole Foods coming down the pike, we have to have a great fresh product.”

Since its founding in 1969 and an expansion from the original Norwalk store to Danbury and Newington in Connecticut and to Yonkers and Farmingdale in New York, Stew Leonard’s has not only focused on fresh, but also on making shopping an adventure. Inspired by Disney and by the singing animals at Chuck E. Cheese, Stew Leonard, Sr. began installing such animatronic child-mesmerizing displays throughout his first store.

As at all Stew Leonard’s, East Meadow customers are greeted by Hank and Beau, the giant dog robots dressed in Country Western gear perched above the coffee display, singing and picking out tunes on guitar and banjo. New in East Meadow, mounted high above the produce-preparation station, are three “avocado girls” singing a guacamole-appropriate ditty.

“We really want families to walk out of here and say we had a fun time in that store,” said the younger Leonard. “And one way we are going to keep customers is to create an experience they can’t get online.”