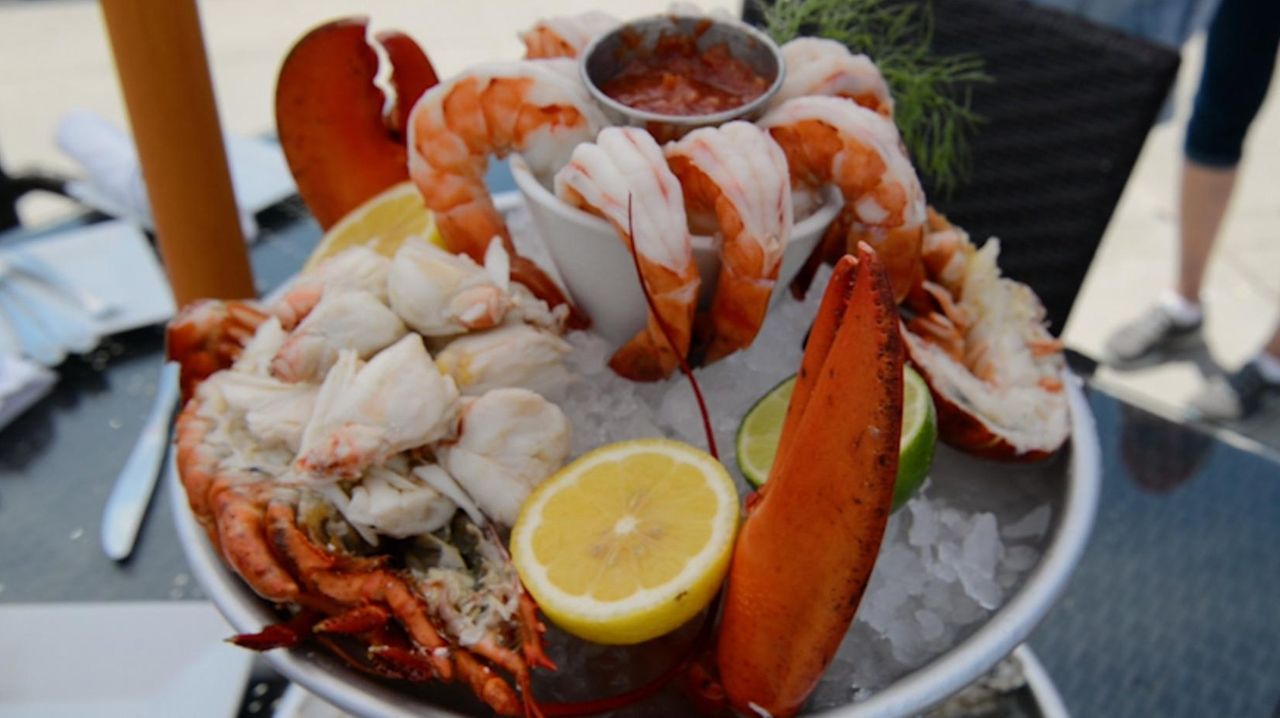 As Long Island has gotten more food savvy, its beachside concessions have taken a giant leap beyond hot dogs and ice pops.

Nowhere is that more evident than along the South Shore of Nassau County, where the most popular beaches — Long Beach, Jones Beach and Tobay Beach — have stepped up to the breakfast, lunch and dinner plates. Here’s a rundown of what’s new for summer 2017.

When the town of Oyster Bay severed its relationship with indicted former concessionaire Harendra Singh, that meant the beachside venues at Tobay Beach were in play. Ultimately, the town gave the contract to Carlyle Catering, which also operates Carlyle on the Green in Bethpage State Park in Farmingdale, among other spots.

Crazy Oyster has taken over the old Seafood Shack. The restaurant is all patio, and the patio sits right on the sand leading to the bay. At sunset, you can watch the herons and egrets pecking at the surf for their dinner while you eat yours. The menu is pretty straightforward seafood — clams and oysters on the half shell, crabcakes, fried clams, lobster rolls, fish and chips — with some “crazy” twists: a “doormat dinner” featuring two local fluke fillets with rice and vegetables; lobster grilled cheese with Gruyère; seafood potpie with shrimp, lobster and scallops. Most starters range from $12.95 to $20.95; mains from $15.95 to $27.95. Crazy Oyster is open from 11:30 a.m. to 11 p.m. (in fair weather) at Tobay Beach Marina, 1 Ocean Pkwy., Massapequa; 516-826-1292.

Mango Bay, succeeding Salsa Shack, is set back from the water and is edged on two sides by a nautical-themed miniature golf course. The elevated patio is decorated with full-size palm trees; there’s also a spacious indoor area for knocking back margaritas during inclement weather. The pan-Latin menu includes guacamole made table-side; chicken flautas; a Cuban sandwich; short rib tacos; grilled salmon over Tuscan kale with chorizo and poblano cream; chili-marinated pork chop with grilled pineapple and avocado. Most starters range from $7.95 to $16.95, mains from $17.95 to $29.95. Mango Bay is open from 11:30 a.m. to 10 p.m. at Tobay Beach Marina, 1 Ocean Pkwy., Massapequa; 516-785-0310.

For quick meals on the run, there’s a burger shack in the parking lot that also sells hot dogs, chicken tenders, hot pretzels and the like.

Last year, the City of Long Beach began the process of converting the boardwalk’s four “comfort stations” into food concessions, but the last one didn’t open until September — with an abbreviated menu. This year, all four establishments are cooking on all cylinders, serving boardwalkers breakfast, lunch and dinner. (Note: All four offer everything in the way of comfort — not only food, but water fountains and clean restrooms as well.) Here’s the rundown on the comfort stations, from west to east:

Beach Local Café: Owner Sean Sullivan is a longtime Long Beach presence, having been a founding partner at Swingbellys Beachside BBQ in the West End. Here, Sullivan pays homage to the surfside shacks he’s frequented during surfing trips around the world. Far-flung proteins such as Kailua pork (inspired by Hawaii) and Mexicali chicken (Baja, California) as well as wasabi-tuna and spicy shrimp show up in tacos ($12 for two), burritos and bowls ($14). There are imaginatively topped hot dogs and burgers ($7 to $15), chips and salsa (all house made), and Max & Mina’s ice cream (made in Queens and kosher). Order at the counter; eat at picnic tables. Beach Local Café, open 9 a.m. to 9 p.m., is on the boardwalk at Grand Boulevard; 516-431-8800, beachlocalcafe.com

Gentle Brew Coffee Roasters: Gentle Brew’s shop on Park Avenue in Long Beach has been a hub for local coffee aficionados since 2012. The boardwalk satellite doesn’t have the room to do single-serving pour-overs or vacuum-siphons, but all other extant java methods are performed: drip, espresso-pull, cold brew on tap (the “nitro” tap gives it a foamy head like a beer). Gentle Brew’s lightly sweetened bottled cold brew is also available, as is a selection of baked goods from the mother house. Order at the counter; drink on the run. Gentle Brew, open 6 a.m. to 9 p.m., is on the boardwalk at National Boulevard; 516-605-2370, gentlebrewcoffee.com

Riptides 11561: Not content to overlook the beach, Riptides 11561 has set up its own. A few steps down from the building is a large sandy expanse (more sandbox than beach, truth be told) with picnic tables and Instagram-demanding life-size cartoon “cutouts” of faceless musclemen and bathing beauties. There are more tables on the boardwalk. Owners Brian and Gina Braddish have created a beach-friendly menu that includes fried clams, shrimp and calamari, fish and chips (all $12 to $15), lobster rolls (both cold with mayo, $16.50, and warm with butter, $18.25), tacos (chicken, vegetable, shrimp, fish and tuna, $8 to $13) as well as wings, chicken fingers and hot dogs. Riptides, open 7 a.m. to 9 p.m., is on the boardwalk at Edwards Boulevard; 516-600-9011.

Shakes & Shuckers: There’s a case to be made that all you really need to eat at the beach are clams and oysters on the half shell and milkshakes. Which is exactly what you’ll find at Shakes & Shuckers, a self-described “raw bar-n-shake shack.” Littleneck clams are $15 a dozen; Bluepoint oysters, $20; shakes (made with Sedutto ice cream) are $5 to $9. But the shack, owned by Gregg LaPenna of Whale’s Tale in Long Beach’s West End, expands on that repertoire by adding ceviche ($13), chopped salads (with dozens of options, $9 and up), hot dogs (with an extravagant variety of toppings, $4.25 to $12), soups and wraps (including “what the shuck” with sesame-crusted tuna, avocado, spinach, pickled onions and soy-ginger dressing, and the “shaka shack” with hot corned beef and pastrami, Russian dressing, melted Swiss and homemade slaw; both $14). Shakes & Shuckers, open from 9 a.m. to 9 p.m., is on the boardwalk at Lincoln Boulevard; 516-528-2733.

Last year, Centerplate, an international firm based in Stamford, Connecticut, took over all seven Jones Beach food venues: the Central Mall, East and West bathhouses, Fields 1, 2 and 6, and Zach’s Bay.

With the help of noted Long Island chef Tom Schaudel, Centerplate rolled out a contemporary menu including “sea biscuit” sandwiches with fried chicken, fried fish or crabcakes, foot-long hot dogs, meatball and chicken Parm heros, chicken Caesar salads and wraps, and Caprese heros. Many of the items make use of such Long Island products as Backyard Brine pickles from Cutchogue and Holy Schmitt’s horseradish from Riverhead. This year, that horseradish figures in the cocktail sauce for a new item: fried shrimp boat, served with French fries ($12).

The Central Mall is also the site of a new bar (no table service) that will pour a full line of liquor and serve sticky chicken wings, as well as pickle-brined chicken sandwiches and clam fritters.