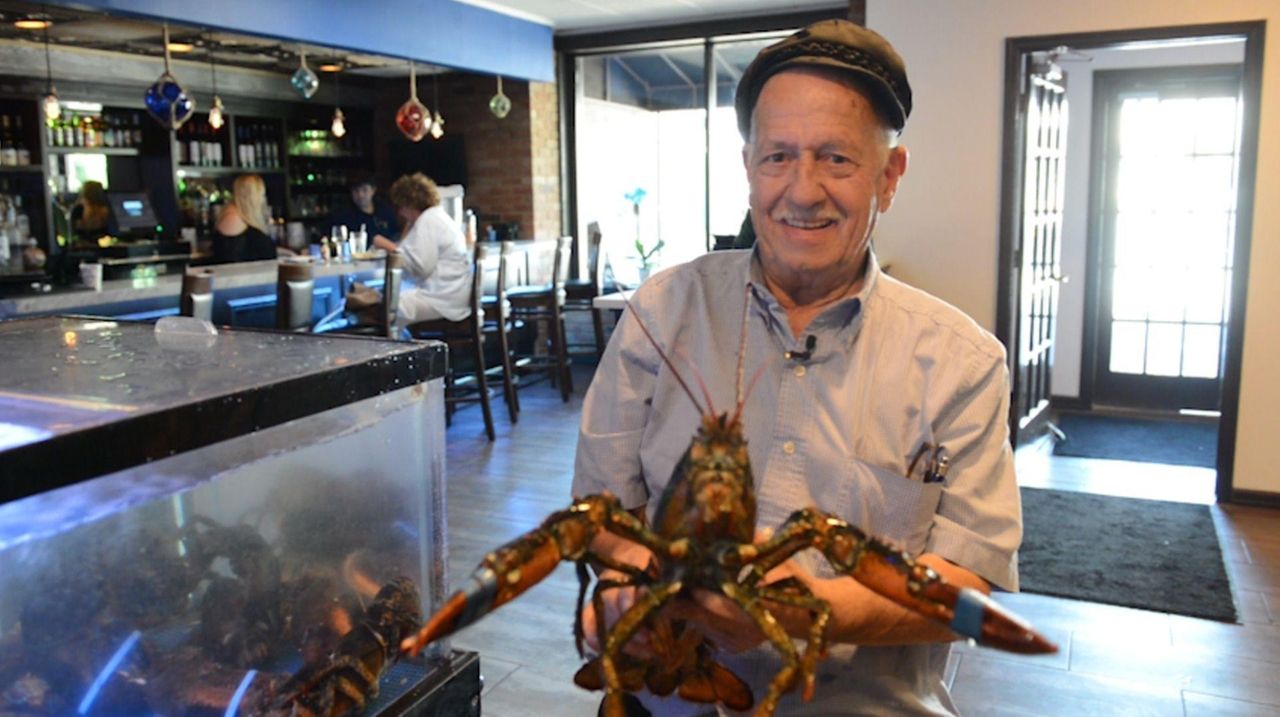 Restaurants that specialize in a wide variety of sea creatures are rare and, usually, very expensive. Greek Captain seafood restaurant, which opened in June at 284 Glen St. in Glen Cove, and seen here on Aug. 10, 2017, bucks that trend. Credit: Daniel Brennan

The dream of a simple, reasonably priced seafood restaurant burns bright in the hearts of Long Islanders who have looked at a map and noted that they are surrounded by water.

Sushi we have in droves. Salmon shows up on almost every menu. But restaurants that specialize in a wide variety of sea creatures are rare and, usually, very expensive.

Greek Captain, which opened in June, bucks that trend; prices also seem to be from another age: an entrée-sized starter of grilled octopus is $16, a swordfish steak is $18, the “fried captain combo” of sole, shrimp and scallops is $20.

The menu also appears to have been composed in some alternate universe where the last few decades of fish trends — from blackened catfish and sesame-crusted tuna to miso-glazed cod and crudo — never happened. Instead, there are more than two dozen species of seafood which can be had grilled, broiled, fried or stuffed with crabmeat.

The restaurant’s seafood bona fides are strong. Owner Nicholas Kritikos is the son-in-law of Angelo Skentzos, a seafood wholesaler who also owned three Greek Captain restaurants in Queens in the 1990s and early 2000s. Skentzos supplies the seafood here, as he did, from 2008 to 2011, when Kritikos operated the Greek Captain on Route 110 across from the Walt Whitman Shops mall.

Before you take a seat in the dining room, cast a glance at the fish display in the foyer. There, on a bed of ice, recline a small school of whole fish that usually includes porgy, red snapper, fluke, sole and branzino. This selection warmed my heart since farmed branzino has edged out all the whole-fish competition on most menus. You can feel confident about ordering any of these fish grilled or fried.

Frying fish is hardly fashionable, but Greek Captain does it well. Our favorite starter by a nautical mile was the fried whiting, a pile of little, headless butterflied fish that you eat whole. Plump, briny raw clams and oysters on the half shell are another fine starter. Steamed mussels were tasty, if on the small side.

Anyone out there remember fish-fry night at Howard Johnson’s? Greek Captain’s mild, greaseless fried fillet of sole brought me back there. The sole was the standout element of that “fried captain combo” whose accompanying shrimp and scallops were your standard UFNs (unidentified fried nuggets).

If you like your grilled octopus super tender, give Greek Captain’s a try, though the second time I did so, it had crossed the line from tender to spongy. Fried calamari was inoffensive, if flabby-textured. Grilled calamari, on the other hand, was rubbery and eerily devoid of flavor.

Far too often here, the kitchen sends out slapdash dishes that wouldn’t cut it at a good diner. Maryland crab soup was nothing more or less than a slightly gummy minestrone with a few shreds of crabmeat. A special of swordfish kebabs was generous, but the chunks of fish, threaded between tomato and onions, were mushy and bland.

The regular fries are previously frozen. The house salad is made with iceberg lettuce. The bread basket, with its bland sesame-seeded rolls and foil-wrapped packets of butter, made me wonder what I was supposed to do with the bottle of fancy Terra Medi extra-virgin olive oil that also graced the table.

On three visits to Greek Captain, the floor staff seemed largely unsupervised. Enjoying a dozen clams at the bar, I found the bartender informative and efficient. But in the dining room one night, our server was intrusively chummy to us and rude to the busboys, loudly blaming them for his own oversights. Another night, our detached server seemed not to have been apprised of changes to the menu.

Slapdashery extends to the restaurant’s décor, whose only embellishment is a series of four tableaux along one wall, each featuring an assortment of buoys, nets and other nautical knickknacks. Otherwise, the setup is strictly diner: wood-veneer tables set with flimsy blue place mats (without even the adornment of a Greek key pattern), standard-issue plates, stemware and flatware.

Ultimately, however, my beef with Greek Captain isn’t that the room is nondescript, nor am I deducting points because the menu is old fashioned. (Frankly, I’d be thrilled to see the back of lobster mac and cheese.) The problem here is a lack of leadership. With an experienced general manager on the floor and an executive chef in the kitchen, this captainless ship could be righted.