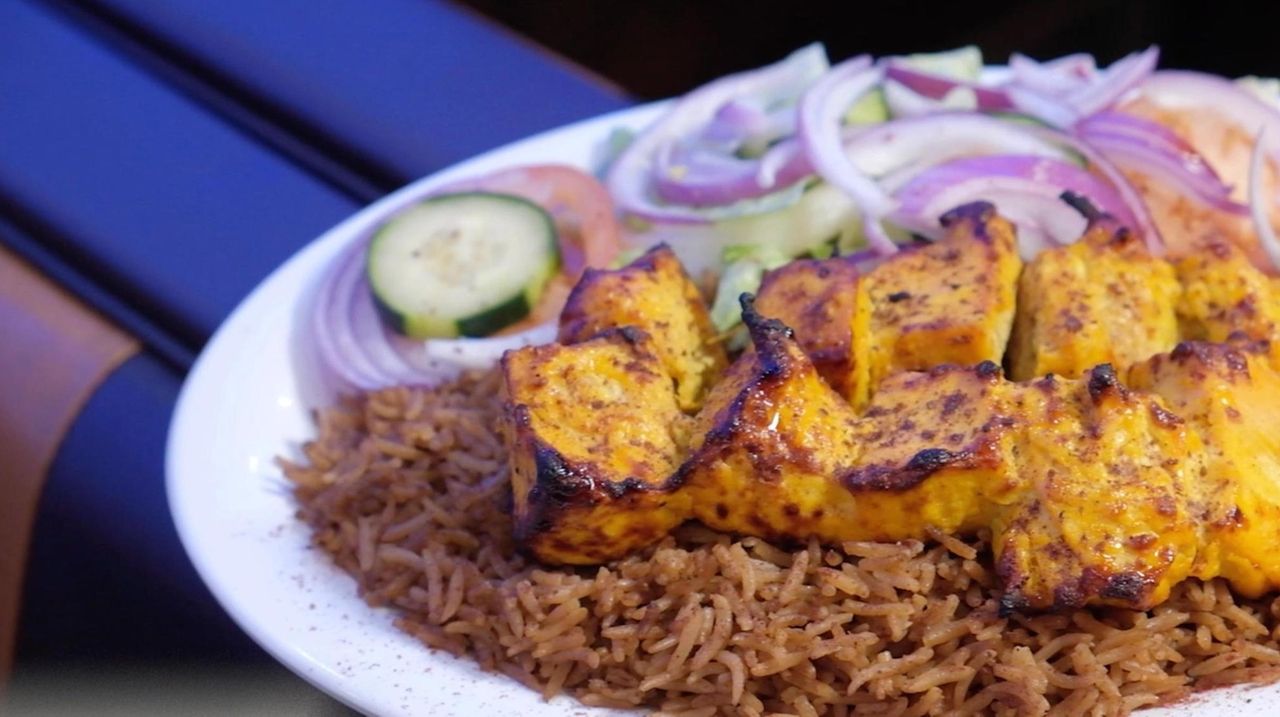 What started as a family tradition, grilling kebabs on Sunday afternoons, turned into a family-owned restaurant. Hashmat Ghani talks about Kandahar Grill, which he owns with his father.  Credit: Daniel Brennan

AMBIENCE: A half-step above fast food

When I was in college, a common myth had it that the foods we crave when inebriated are actually foods we’re allergic to. Tater tots, in my case. The growing evidence for tater tot allergies notwithstanding, culinary boredom is the true culprit behind such urges. We all find ourselves in such ruts from time to time, neglecting the peculiar power of unfamiliar foods to revitalize the spirit and palate. I saw it happen when my grandmother tasted her first Taco Bell tostada, and it can happen for you, too.

Afghan cuisine might provide that much-needed spark for many, especially the lamb palow at Kandahar Grill — its meat so tender it vanishes in the mouth, its rice redolent of wisdom. Even my grandmother, for whom Afghans were things you crochet, would have been powerless against palow. That pilaf of cardamom and cloves made marvelous by plump, soft raisins, onions and carrot matchsticks is one of the world’s great dishes, and justifiably so.

Still, there’s something greater than great about what Hashmat Ghani is up to at his five-month-old halal place in Hicksville. There, in a small kitchen off a modest 12-table dining room — simply decorated with a map of the region and a strangely compelling wall installation resembling underwater Plinko — every element of Ghani’s palow is given astute consideration, every grain of rice dyed the same shade of mahogany by caramelized onions. Not surprisingly, the pilaf provides a soft foundation for many of Kandahar Grill’s best dishes, most especially the chicken tikka kebab, in which large briquettes of meat — glowing turmeric orange but crisp and black at the corners — drip juicy cumin-ness on the rice with each slice of a knife. But the palow holds its own against a plate of lamb chops too, the sweetness delicately canceling salty grilled lamb.

Getting a large chorus of spices to sing in unison is one of the 26-year-old Ghani’s more admirable feats, and one that required years of work by him and his father Asad. One way of describing Hashmat’s childhood is as an unending string of Sunday afternoons watching his dad grill kebabs in their Melville backyard, all the while experimenting with marinades, spices and cooking techniques, and dreaming of the moment last September when Kandahar Grill, né Kandahar Kabab, sprang to life. A decade or so of tinkering by the Ghanis — who have deep roots in the region — led to an assuredness, especially regarding the spice rack, that informs the minced chicken and beef in Kandahar’s boldly flavorful koftas, and mitigates a slight rubberiness to the final result.

“Hummus you can find anywhere, baba ganoush you can find anywhere,” Ghani told me. “You’re not going to find mantu anywhere else.” The veracity of this claim notwithstanding, I doubt you’ll taste a better take on the celebrated meat dumplings, which Ghani fills with chicken. (“A lot of my customers are of Hindu background and can’t eat beef. I’m Muslim, I can’t eat pork.” Ergo, chicken.) Impressive on their own, the dumplings make a bolder, more colorful statement when double-drizzled with sauces — one chickpea-and-tomato, the other yogurt-and-dill — and sprinkled with dried mint, that statement being this is why we eat. Indeed, Kandahar’s mantu is a testament to a peaceful merging of Asian, Turkish, and Middle Eastern influences, aka more than a thousand years of Afghan history in dumpling form.

Kandahar’s chapli kebab — the pride of Pakistan’s northern border, not far from the real Kandahar — would work if not for the toughness of its smallish patties of minced, smartly seasoned ground beef. And the naan khasa, called simply Afghan bread on the menu, is oddly bland and victimized by nonstick spray. Not to worry, though. Kandahar’s bolani — triangles of flatbread stuffed with a thin layer of potato puree and lightly fried — are epically edible, the stuff addictions are made of.

Kandahar Grill will doubtless find many fans among the halal faithful, but I hope that you tater tot types will take a chance on it too. What better cure for palatal blues than the greatest food you’ve never eaten?