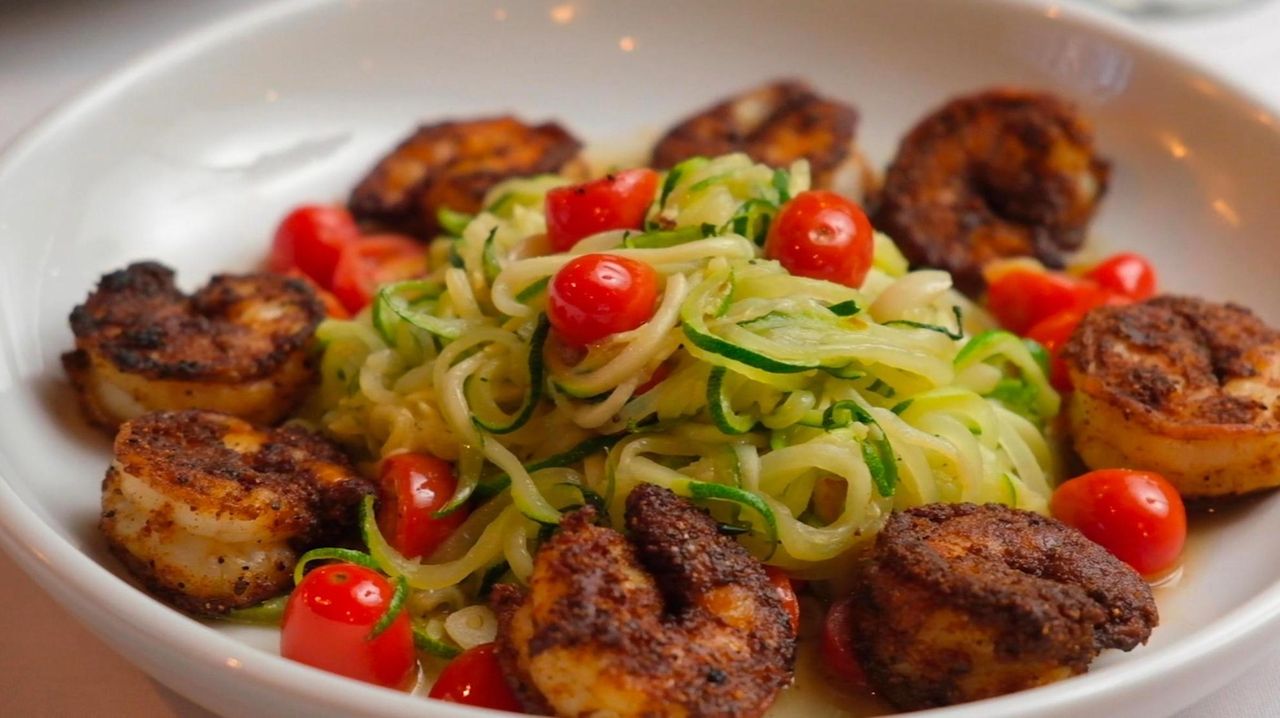 When it comes to eating out, January is the equivalent of a record scratch. In the cold light of post-holiday malaise, many take stock of collateral damage from weeks of cookies/ham/pasta/wine and, like clockwork, swear off sugar/fat/carbs/gluten/alcohol. For a little while, at least.

Gym memberships spike in January. So, too, do so-called “free-from” diets, especially those that banish carb and sugar.

“It’s like a Ferris wheel,” said Madeleine Berg, a registered dietitian and nutritionist in Woodbury. “[Diets] come in and they go out, and every year there is something new that people are looking at.”

Of late, that torch might be held high by the keto diet, a high-fat, no-carb program designed to send the body into fat-burning ketosis. Google searches for the term "keto" (shorthand for ketogenic diet) were flat for years until a dramatic spike during the first week of January 2019, according to Google Trends. And while the marked reduction in carbohydrate consumption can yield rapid weight loss (remember Atkins? Paleo?), Berg is not necessarily a fan of keto or any other labeled trending diets. “Ketogenic does not seem sustainable, and is not something I ever recommend to my clients — especially a diet that completely vilifies certain fruits and vegetables,” said Berg, who has practiced for over 25 years. While she prefers to design individual eating plans for clients, she also recognizes that fads like keto have an impact on how people eat and, consequently, restaurant menus. “Ninety-nine percent of the time, restaurant owners and chefs are willing to comply with what customers want, and they are smart to do that.”

The gluten-free and keto winds certainly blow at Robke’s, the wildly popular Northport restaurant that has long dealt in current public enemy number one: Pasta. During a recent menu redesign, owner Louis Selvaggio, Jr., wove in some keto-friendly dishes that had already been offered as specials, but kept their presence subtle. “I decided to stick with what we do, and didn’t want a whole section for vegan and gluten-free,” he said. Customers can always order freshly spiralized zucchini noodles, which come with spice-crusted shrimp and blistered cherry tomatoes. Another dish, a broiled, double-cut Berkshire pork chop in vinegar-splashed pan juices, surrounded by broiled cherry peppers, tastes pretty luxe. “If we write ‘gluten-free,’ [on a menu item] it flies out the door,” Salvaggio said. “There’s always options and we can always come up with stuff.”

That tailored approach has won over Don Saladino, a Robke’s regular and trainer for celebrities such as Blake Lively and Emily Blunt. Saladino has high praise for Robke’s reliance on ingredients such as prime meats and high-quality olive oil, as well as knack for turning out quasi-indulgent dishes he can eat when prepping for, say, a Men’s Health magazine cover. “The thing about Robke’s is [Selvaggio] pays such close attention to food quality, and if you’re on a diet you can be confident going to that restaurant.”

The keto diet may find its polar opposite in veganism, which has fueled the rise of businesses such as the plant-based gluten-free Sweet Soul Bakery, which opened in St. James in November. Customer Danielle Von Strandtmann, also of St. James, has already become a devotee of the breakfast bars. She’s also a living example that January resolutions can stick.

Last January, Von Strandtmann and her husband, Alex, decided to go take the plant-based challenge promoted by the U.K.-based website Veganuary, which encourages people to try vegan diets during the first month of the year. An added twist: The Von Strandtmanns are both competitive bodybuilders. “With that comes eating a lot of animal protein. It’s not the healthiest sport,” said Von Strandtmann, who was beset with digestive and other health issues. “I was struggling, and looking for a change. It seemed like the right time. We were only going to [go vegan] for a month.”

As that month has turned to a year, Von Strandtmann said she’s encountered no challenges giving up meat and dairy. Using the app HappyCow, and combing Instagram and other social media, she and her husband discovered a trove of places where they could find plant-based meals that didn’t feel punitive, such as the Purple Elephant in Northport and the chain of Three Brothers pizzerias. “It felt natural, and never felt restricting,” said Von Strandtmann. Her digestive issues dissipated and cholesterol level fell after cutting out animal products, she added.

That is likely music to the ears of Michael Strahl, co-owner (with Pat Charity) of Sweet Soul Bakery. “My goal is to lower the bar [to eating gluten-free and vegan] so low that people don’t even realize they’re stepping over it,” said Strahl.

The bakery’s cases are filled with indulgent-tasting doughnuts, cupcakes, bars and other pastries made with chickpea and almond flour, with flaxseed occasionally subbing for eggs and cashew cream underpinning elaborate cheesecakes. The average walk-in customer might not immediately pick up on the bakery’s twist, except perhaps for the absence of dairy milk on the coffee menu. (Oat and almond milks are used instead). “If you don’t feel like you’re sacrificing, you’re more likely to sustain [a diet],” Strahl said. “When people feel like they’re suffering, or giving up something, they revert back to their old behaviors.”

Berg, the nutritionist, agrees. “The first, most important thing, is to really ask yourself why you want to do [a particular diet],” she said. “Motivation that’s positive is what you want to accomplish something. If you rely on something negative, like willpower, and you’re not 100 percent clear on why you’re ordering something, you’re going to go off script.”

Berg advises reducing sugars and eating less meat and more vegetables as common-sense rules. Beyond labeled diets, though, she drills a simple tenet into her clients: Choose your dining partners wisely. “Who you eat with — that informs how you eat. If you want to eat in a healthy way, you have to eat with healthy people,” she said. “If you want to stay healthy and keep going to restaurants, you have to figure that out, because if you don’t, you’ll never stick with your plan.”

Like everyone else, I catch the resolution bug in January, but rarely with regards to food (I'm a resolute omnivore). Mindful that scores of people will be giving up gluten or meat in coming weeks, it is my solemn duty to remind you of a cuisine that hits both points with panache: Indian food. And, specifically within that cuisine, dosas, the crisp, paper-thin crepes made from lentil and rice flour that can taste totally indulgent. On Broadway in Hicksville are at least four spots devoted to dosas, and when one as big as your arm arrives to the table (such as the masala dosa at Dosa World, with a mound of spiced, mashed potato inside and coconut chutney for dipping) you'll feel the sting of January resolutions melt away. Keep in mind, though, that a few dosas, as onion rava dosas, do contain semolina flour.