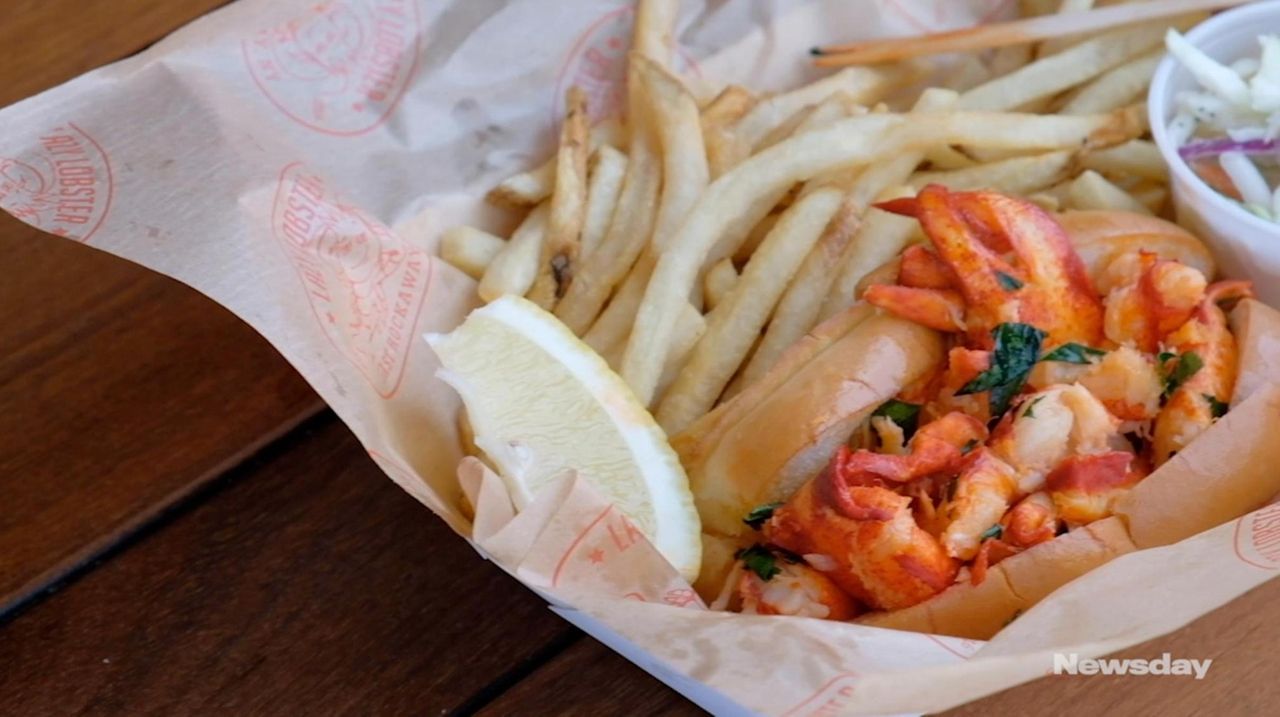 AMBIENCE: Stylish beer garden, with a food truck, bar in shipping containers and walled patio with a view of the Mill River

ESSENTIALS: Open Sunday to Thursday noon to 9 p.m., Friday and Saturday noon to 10 p.m. Closed in inclement weather and from the end of September to late May. Municipal parking. Credit cards accepted; wheelchair accessible.

Dining outside in the summer often involves trade-offs. The deck may overlook the water, but the food is greasy and uninspired. Or food is actually fantastic but takes forever to arrive, and the “view” is marred by belching trucks or a boisterous crowd.

The owners of the Lazy Lobster in East Rockaway, open from May to September, seem to have contemplated these potential hiccups and teased them out before opening their low-key party complex along the Mill River in 2016. You can feel the buzz emanating from the place a half-block away: The clamor of people at the outdoor bar (housed in shipping containers), or at picnic tables in the beer garden, or standing in a line at the food truck as they mull what to order — clam chowder, fish tacos or one of four (!) different lobster rolls.

Two of the Lazy Lobster’s owners, Marco Lionetti and Paul Pandolfi, grew up nearby and used to catch crabs on the cove out front. When superstorm Sandy ruined the plot — one where a bait and tackle shop had once stood — it sat empty for years before Lionetti and his partners purchased it. “We had visions of turning it into an upscale restaurant,” he said. “Then we kind of changed gears, and said, ‘Let’s keep it simple and not complicate things too much.’” Wise move. They carted in former shipping containers as the bar, built thick picnic tables and topped them with umbrellas, and installed a full, albeit cramped kitchen inside an old hot dog truck parked at one end, where they kept the menu succinct and seafood-focused.

The formula seems to attract diverse groups of people: On a weekday afternoon, moms with strollers sipping frosé, or, later on, clusters of thirtysomethings (some with older kids in tow) catching a live band belting out '90s covers. There are a few X-factors that may help bump the Lazy Lobster heads above other waterfront places: Talent in the kitchen, where executive chef Keith Gleason holds the wheel, and efficiency throughout, starting at the food truck window, where the line can get long but moves quickly.

Once you order from a giant board, you are given a number and grab plastic utensils to migrate to a table in the walled garden. On the way, you’ll pass the bar, its walls thrown partially open to glimpses of machines spinning tart, slushy frosé or punchy house sangria. Mixed drinks come in plastic cups, simple but well-crafted and not too boozy: Whiskey muddled with blueberries, for instance, or mojitos improbably minty and refreshing for being put together in less than 20 seconds. Most people, though, are drinking beer.

Food is delivered quickly, a feat for such a small kitchen, and in cardboard boats and containers: Clam chowder that’s rich and dense with meat, a standout rendition. Lobster rolls that are studies in proportion, heaps of claw meat on deeply toasted, buttered split-top buns alongside handfuls of crisp shoestring fries. The traditional version, barely touched by mayonnaise, holds its own, but the warm, Connecticut-style roll is truly decadent, glazed with butter and threaded with tarragon. The “angry lobster” gets a crafty dose of sriracha mayo, but beyond the extra kick, I don’t think it improves on a classic.

Seared flaps of tuna frame about the only virtuous thing on the menu, a bouncy greens-and-seaweed salad drizzled with a smoldering wasabi dressing that is one of the tastiest salads I’ve had lately. Looking around, though, more tables seemed to skew toward classic fried snacks, such as popcorn-style fried shrimp that eclipses greasier versions elsewhere.

The lengthy taco rota can send you in multiple directions, but don’t forego battered and fried grouper tacos, perfectly crisp filets tressed with sriracha aioli on petite, grilled flour tortillas, three to an order. (Grouper reappears in a middling version of fish and chips, but the tacos are a better vehicle). Pulled-pork tacos were luxe in texture but too sweet, while the grilled shrimp tacos felt poached, somehow, and lacked snap. All come with a tiny plastic tub of chargrilled corn that reinforces the summery vibes — as does, somehow, a killer bacon cheeseburger cooked spot-on (in my case, medium-rare) and sheathed in melted Cheddar.

Freeport’s Nautical Mile may be a 10-minute drive from here, but the experience that many people hunt down there — well-crafted drinks, a spirited crowd, decent food and a view — lurks here in East Rockaway, done better, faster and with more care.