In the land of 1,001 Italian restaurants, there always seems to be room for one more, and each finds its niche. Some places up the bling with valet parking and $200 Barolos, while others try to create a home away from home with lavish portions of finely tuned classics.

MaBella Restaurant, which opened in Commack last September, falls into the latter category. Tucked into the corner of a beige strip mall, the restaurant is so unassuming from the outside that you might miss it while whizzing by on Commack Road. That would be a shame: Inside, MaBella is an oasis of warmth, a place that already attracts its share of boisterous families and dedicated solo diners who return for oversized plates of pasta and occasionally dazzling specials. And hostess Maria Algieri doesn’t seem to forget any of their faces.

The names Frank and Maria Algieri might evoke déjà vu in some locals. Just 12 when he began bussing tables, Frank Algieri eventually became chef and partner at the Italian fixture Sal D’s in Huntington. During 15 years there, Algeiri honed an oeuvre of Italian classics, such as osso buco. He also met Maria, a native Calabrian, with whom he now has three children.

When Frank Algieri stepped away from his grill a few years ago for “a change of pace,” the itch to run a restaurant never quite went away. “I promised if we could find the right location, we would do it again,” Algieri said. 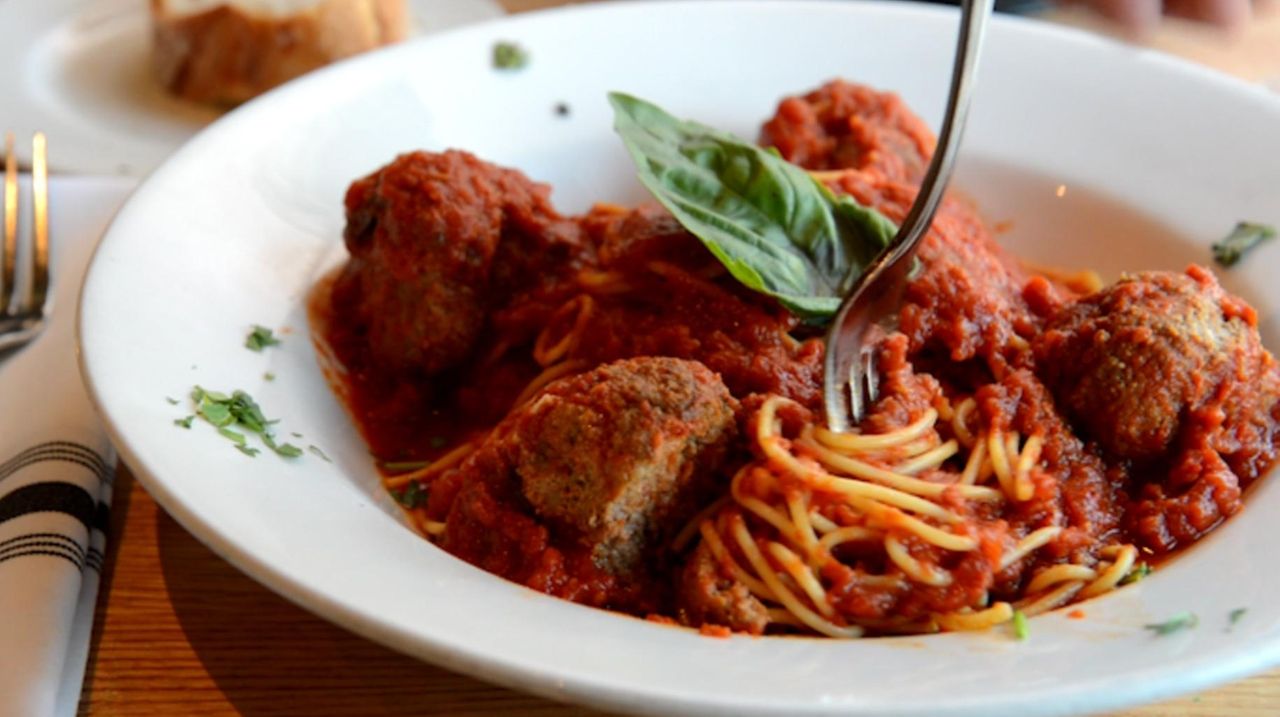 LI's own Little Italy restaurant Zuppa di pesce, risotto funghi, a bowl of pasta fagioli -- if Italian is the flavor you're craving, Ma Bella restaurant is there to satisfy. Located in Commack, this family-owned restaurant is a little slice of "al dente," offering takeout, catering, and both lunch and dinner specials of classic Italian favorites. Credit: Daniel Brennan

Eventually, they found it in the space where Café Mendoza and, before that, Mannino’s, used to be. Twenty or so tables, Tuscan hues, and a string of lights over a cozy bar later, they opened MaBella. The name is a mashup of Maria and Isabella, the couple’s oldest daughter, and the menu is rooted in the Italian dishes that Algieri has honed over his decades in the business.

An Italian chef’s calling card may be his red sauce, and Algieri’s has a generous vein of acid that enlivens some dishes, but might not be to everyone’s taste. It works as the accent to delicate fried calamari, spooned around eggplant rollatini with velvety, cheesy innards, or atop pillows of ricotta-stuffed ravioli.

Yet its aggressiveness smothers an appetizer of steamed, dainty Little Neck clams, and overly sharpens the edges of a hulking portion of lasagna. Conversely, there is not enough marinara atop a wafer-thin Margarita pizzette to bring it to life — the pie’s excess of cheese dominates.

That unevenness disappears when it comes to the kitchen’s meat and fish dishes. Specials such as braised short ribs and osso bucco appear regularly, but you don’t have to wander from the regular menu for the meatballs, glorious bundles of ground beef and veal that are falling-apart tender. Or a veal Marsala lurking in an earthy, slurpable sauce. Or Algieri’s superb riff on chicken scarpariello — renamed here Bella’s Scarpella — a tangle of caramelized thighs and drumsticks, electrified with slivered peppers, sausage and a puddle of racy, vinegary sauce that soaks into the dish’s potato wedges in the very best way.

Algieri shops at Jeff’s Seafood in Huntington for his fish, and his seafood dishes reflect this diligence: A springy sole oreganata topped with bread crumbs, or a zuppa di pesce teeming with bouncy mussels, clams, calamari and shrimp, served over spaghetti (it’s offered with red sauce, but a creamy wine-based sauce lets the fish shine). Though linguine with clam sauce arrived on a bed of spaghetti, its shelled clams were uberfresh and plump, winking from a delicate, buttery veil.

The side dishes at MaBella, from escarole and beans to sauteed broccoli rabe, are garlicky and generous. Don’t skip dessert, though: Maria Algieri mines her family recipe for MaBella’s tiramisu, a low-slung, cloudlike wonder of cream, cake, and dustings of cocoa. The affogato is a rare treat, hot espresso poured over vanilla ice cream, then topped with hazelnuts, for a happy clash of temperatures and texture.

Whatever you chose to eat, you will immediately be made to feel like a temporary part of the family at MaBella, with a farewell as hearty as the food. In an immense sea of Italian restaurants, MaBella knows its place.