Cocktails are getting a jolt of novelty at Manny's Sweet Treats in Mineola, where the newest drinks involve over-the-top special effects — they're delivered to patrons in elaborate "treasure boxes" that use smoke, sound and light.

Most notable is Manny's Love Potion, an alcoholic production owner Hector Carvalho says he literally saw in a dream and spent many hours bringing the details to fruition.

The Harry Potter-inspired drink starts with either spiked raspberry lemonade or the "Hot Mess" (pear vodka with Sprite, Portuguese grenadine and edible glitter) poured into a heart-shaped glass. It's placed inside a custom serving box decked out with tiny bottles of potions and old books. The experience starts when the patron opens it — a hidden lighting effect that gives the illusion that it’s changing colors. A professional voice-over recording recites lines from a short story Carvalho wrote about the drink as "smoke" swirls at the base of the glass. It costs $49.99. 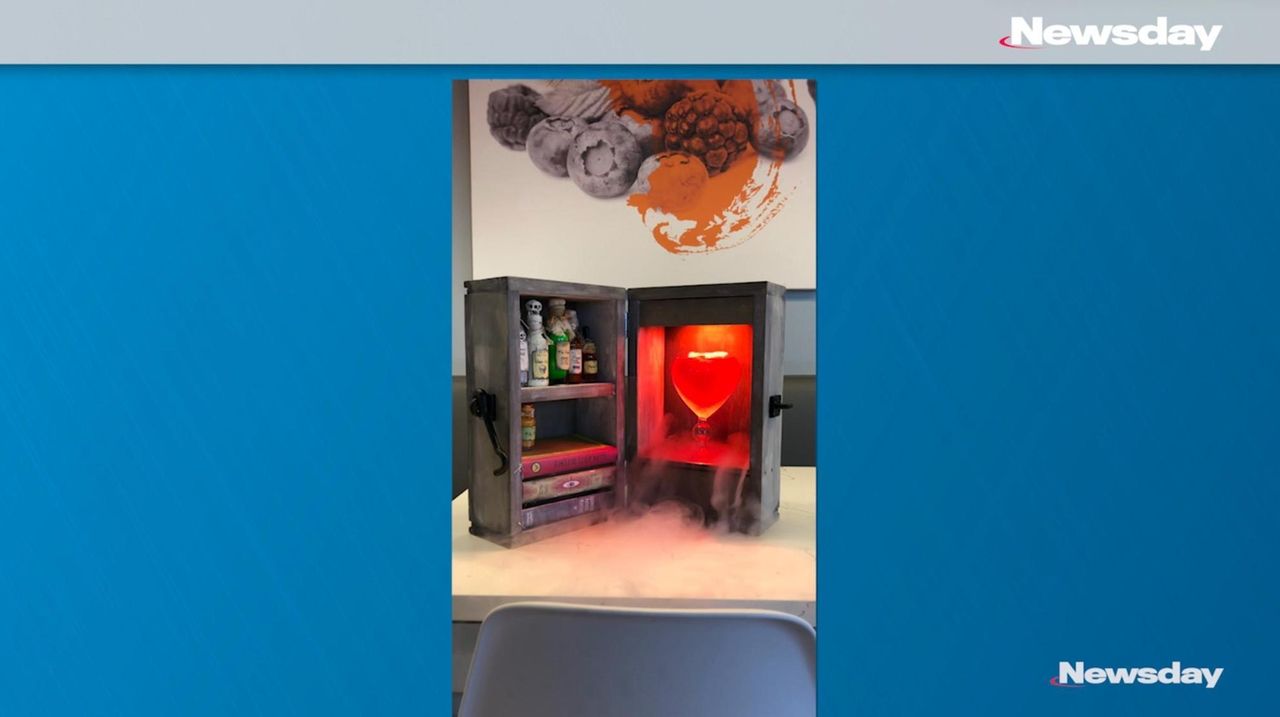 Then there's the Pandora’s Box, a treasure chest that, once opened, features a skull-shaped glass filled with Manny’s version of a Long Island Iced Tea surrounded by faux coins and gems. This also comes with sound, light and smoke and costs $49.99.

“We actually got our liquor license last year and [that’s when] we launched our alcohol lineup,” said Carvalho, whose family owns nearby Portuguese restaurant Churrasqueira Bairrada. “But this is definitely the year for it. More adults are coming in now.” he said.

In keeping with the spot’s more adult theme, its ultra bright décor has been upgraded. Orange and white booths were swapped for gray and there are more black and dark tones to the walls.

Although it no longer offers savory eats like quesadillas, burgers, sandwiches and nachos, Manny's continues to serve such treats as crepes, waffles and sundaes. There's also non-spiked ice cream, gelato and milkshakes for the kids, too. Customers can get bubble tea, soda floats, parfaits and a variety of candies as well.

Manny’s is open for dine-in and takeout, and is available for delivery via UberEats, Grubhub, Seamless and DoorDash; it also has an outdoor area in the back parking lot where guests can eat and drink.

8 frozen cocktails you have to try this summerCareful — not all adult slushies are created equal.