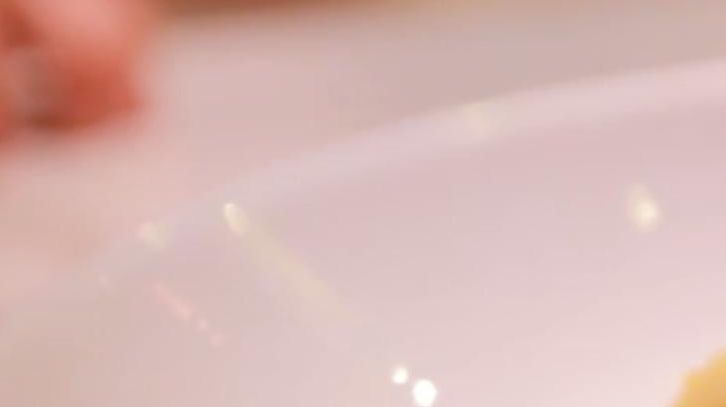 For Long Island diners, 2017 is ending with a bang. A triplet of bangs, actually. Three big, bold restaurants have just opened, each a crowning achievement for its owners and a boon for its community. Credit: Newsday / Raychel Brightman

For Long Island diners, 2017 is ending with a bang. A triplet of bangs, actually. Three big, bold restaurants have just opened, each a crowning achievement for its owners and a boon for its community.

One North, an immense pan-Mediterranean eatery from Anthony Scotto, has taken over the old Maine Maid Inn in Jericho. In Cedarhurst, Doma Land + Sea is redefining kosher dining. In Huntington Station, the reborn Matteo’s is a temple to family-style dining.

“I’m 74 and I’ve built 40 restaurants in my life. Now I want to do something nobody has ever done before.” — Anthony Scotto

Almost five years after Anthony Scotto bought the old Maine Maid Inn, and three years after he started wrangling with the Town of Oyster Bay Landmarks Preservation Commission, One North opened on Nov. 13. Scotto is known for his big, brassy restaurants, but at 20,000 square feet, One North is almost twice the size of Insignia in Smithtown, the next-largest one. For the exterior, Scotto tried to honor the 18th century structure by matching original shingles and rebuilding the chimneys with original bricks. Inside, award-winning designer Morris Nathanson labored over every detail — from the soundproof ceiling that looks like a Futurist sculpture, to the wine “cellar” elevated one story above the bar, to the black-and-white-tiled entrance that could accommodate a nice-size restaurant of its own.

At 20,000 square feet, One North is permitted to accommodate 565 diners, but for now there are seats for about 400 guests. It employs about 100 people.

As for budget, Scotto said that it ran “$4 million over budget,” and speculated that it was “by far the most expensive restaurant build on Long Island.”

The Mediterranean menu is largely Italian: crostini, crudo, pasta, mozzarella with various accompaniments (including 24-month-aged Prosciutto di Parma and caviar), but there are also grilled seafood and barrel-aged feta cheese that owe a debt to Greece, as well as steaks and chops and a raw bar. Most starters range from $10 to $24, mains $32 to $59. With more than 40 items that could be classed as starters, grazing is a good strategy.

The restaurant is divided into a bar-lounge area, an indoor terrace that opens out, in fine weather, onto an actual terrace, a vast main dining room that is flanked by two more dining rooms that can be cordoned off for parties (there’s another private room upstairs), a mozzarella bar where you can sit at the counter, and a casual dining room in full view of the open kitchen.

“Before I was kosher, I used to eat at the best restaurants in New York. Just because it’s kosher, that doesn’t mean it can’t be great.” — Boris Safaniev

Boris and Eddie Safaniev, the brothers who own DOMA Land + Sea in Cedarhurst, did not grow up kosher, and the restaurants that inspired them were such vaunted Manhattan ventures as Quality Meats and Estiatorio Milos. When they took over the old Mother Kelly’s location (that was, briefly thereafter, Amsterdam Burger Co.), “we wanted to challenge people’s idea of kosher,” Boris said. And he’s gotten a great response. “The kosher community has always had the income and desire to support a place like this,” he said. “Now they have the venue.” His other major demographic is the non-kosher diner who has a kosher family member. “ ‘Finally,’ they tell me, ‘we have a place to eat with our brother that we like, too.’ ”

DOMA is the second Cedarhurst restaurant from the brothers; their first venture, Cork & Slice, serves a dairy menu three doors down. For their grill-centric menu, they hired executive chef Oscar Martinez, who led the kitchen at such steakhouses as The BBG in Williston Park and, before that, Old Homestead in Manhattan. Another fine-dining vet, Peter Corea (whose résumé includes Manhattan’s Smith & Wollensky and David Burke’s American Kitchen), is general manager.

The restaurant measures 6,000 square feet, has 180 seats and employs about 35 people. The cost to build it? “A lot,” said Boris, whose father, Gregory, was the contractor. The brothers collaborated on the design.

With its dry-aged meat, grilled fresh fish, sushi bar and array of global starters, from barbacoa beef tacos to rockfish tempura, DOMA’s menu is the very model of a modern steakhouse. (The supervision by the Vaad of the Five Towns is the only clue it’s kosher.) Because the restaurant serves meat, dairy is verboten, so instead of finishing his steaks with butter, chef Martinez brushes on a rich melted beef fat he renders from rib-eye caps. Dairy-free desserts are more challenging, but the guests are loving the towering cloud of cotton candy, the apple crostata and doughnuts with chocolate ganache. Starters range from $18 to $22; mains from $32 to $59.

“Doma” suggests the root of the word for house in both Latin (domum) and Russian (dom), and Boris likens his restaurant to a home. The bar just off the entryway looks straight into the open kitchen at an enormous Grillworks Infierno wood grill, which cost a cool $50,000. “It’s the Maserati of grills,” said Boris. Beyond the bar, you’ll pass a glassed-in walk-in cooler that displays both the aging meat and the day’s selection of whole fish. The first of the restaurant’s three dining rooms is the most casual, hung with Edison light bulbs and photos of distinctly non-kosher pop-culture icons Marilyn Monroe, Biggie Smalls and John Lennon. This “living room” gives way to two more dining rooms, opulently appointed with heavier furniture, sconces and rich brocade.

“I wanted to redefine the idea of family-style dining, make it relevant for the next generation.” — Jerry Sbarro

Jerry Sbarro took over the Matteo’s group in 2008 and, soon thereafter, began re-imagining and renovating the group’s four restaurants (in Roslyn, and in Hallandale and Boca Raton, Florida). “The family-style concept has been around for almost 30 years,” he said. “I didn’t want the restaurants to become passe.” The Huntington Station location wasn’t renovated so much as knocked down and rebuilt. It took three years for the work to be completed and the new restaurant, sleek and luxurious, is unrecognizable. Despite the white-marbled grandeur of the setting, however, it remains, at heart, an affordable Italian restaurant, where the most expensive family-style platters (serving four) are $39.

Sbarro owns the four Matteo’s as well as Rothmann’s Steakhouse in East Norwich. (His sister Anna Missano is also a partner.) In Huntington Station, the general manager is John Kayantas, and overseeing the kitchen is longtime corporate executive chef Mark Serrantino.

The 5,500-square-foot restaurant, designed by Julie and Kathleen Brown of Julie Napoleon Brown Design, seats more than 200 people and has 50 employees. Sbarro said the cost was well over $4 million.

Matteo’s offers a straight-ahead roster of Italian and Italian-American standards. In Huntington, the kitchen has gotten more adventurous with individual brick-oven pizzas, head-on grilled prawns, shishito peppers and a mozzarella menu encompassing house-made fior di latte and imported mozzarella di Bufala (toppings include roasted peppers, roasted figs and shaved black truffles). Aside from the pizzas and the steaks and chops, everything is available in regular “a la carte” portions and family-style platters. “About 70 percent of our customers order the apps [appetizers] family style and the mains a la carte,” Sbarro said, “though for larger parties it’s family style all the way.” A la carte starters are $12 to $19; family style, $18 to $28. A la carte pastas are $16 to $23; family style, $26 to $32. A la carte mains are $23 to $29; family style, $34 to $39.

The center of the restaurant is a dramatic, double-height bar. Off to one side is the main dining room, which can be sectioned off in multiple configurations for private parties. A smaller dining room has a view of the open kitchen, and a “kitchen bar” that faces the kitchen for up to 12 diners who want to see their food being prepared. Each dining area boasts a mix of small and large tables, and there are three tables that seat 10, each in its own little nook for privacy.

A previous version of this story misspelled the name of Julie Napoleon Brown Design.