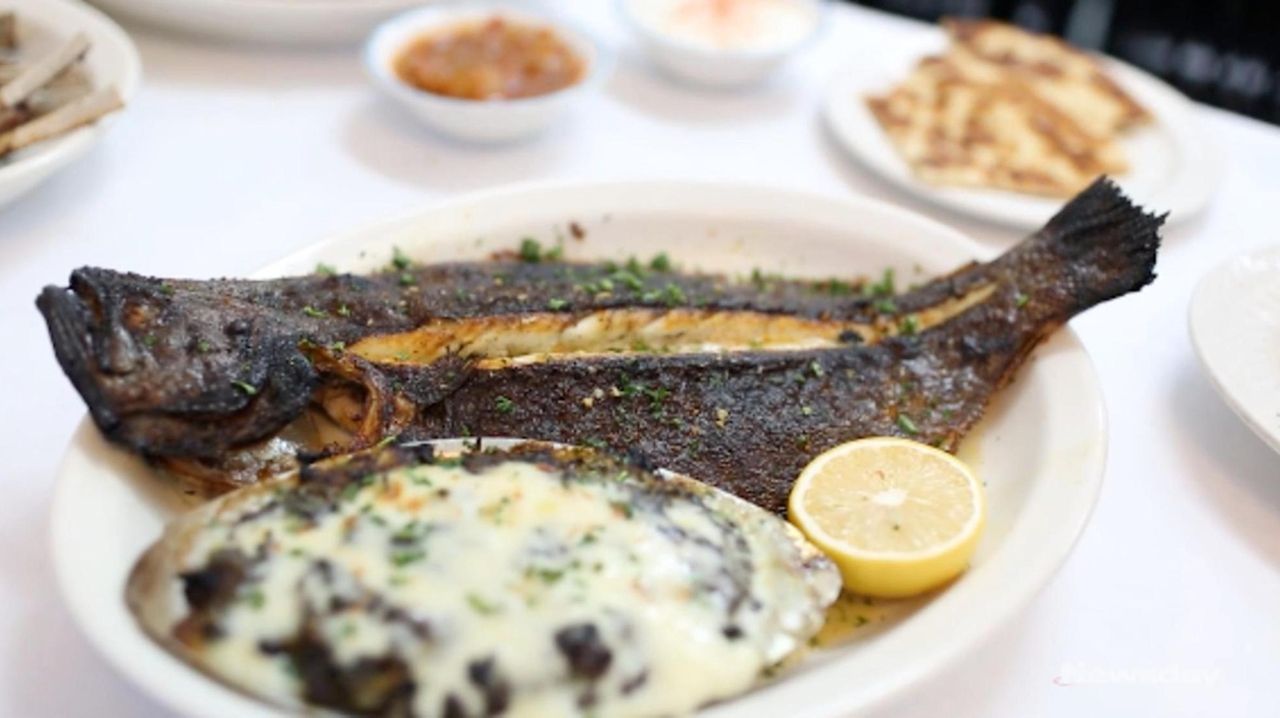 Fans of the departed Mediterranean Snack Bar in Huntington have received a holiday gift. Parea opens as more than homage. It’s the landmark reborn.

Refreshed and identical down to the telephone number, style and menu, Parea Restaurant & Snack Bar keeps to what its predecessor did best: flavorful food, mostly inexpensive, usually reliable. And, as before, you’ll be out in time to get to a movie or a show.

Steve Soulellis, who opened the Mediterranean Snack Bar in 1975, retired and sold the building to the Papavasilopoulos family, longtime friends who have owned the Plainview Diner for decades. Today, the look is a bit more whitewashed, service friendlier, and the result clearly welcome by a built-in audience.

Early on, Parea certainly has been drawing a crowd for either dining in or taking out. Its predecessor was routinely jammed, too, as if the souvlaki was being given away. And, overall, the new spot improves on its role model.

Some evocative black-and-white photos suggest Greek and Mediterranean scenes. A whiteboard lists the specials. But a lot of the diners already know what they want to order.

The choices are headlined by tender, grilled octopus and saganaki of melted kasseri cheese; addictive hummus and rustic spinach pie; the spicy feta dip and a modest Greek salad. You’ll go through plenty of pita along the way, especially with the cold platter of stuffed grape leaves, feta and tarama.

But Parea’s baked clams are big, bready and singed. The taste of the shellfish can be elusive. Traditional avgolemono soup has just enough tang and gets respectable competition from Manhattan-style clam chowder and lentil soup.

Dependable main dishes include flaky, broiled cod dusted with paprika; and broiled, whole branzino and flounder. Fish also are prepared pan-fried, though that’s a riskier route. Once, a pan-fried flounder sported a coating that rivaled a very thin layer of tree bark, cracking and falling away with a fork’s touch.

The overcooking continues with the house’s special kebab made with ground lamb and beef. The result: hard and carbonized. “Steve’s Combination,” a popular union of veal souvlaki, gyros and sausage, shows up with chewy cubes of skewered meat, arid gyros and a cut of deftly spiced Greek sausage that’s retrieved from the heat just in time.

You’re much better off with several of the other designated specials. Moussaka, aromatic and satisfying, will brace you for a chilly night, with a savory layering of eggplant, ground beef, potato and béchamel. The Greek classic, also found in the Middle East and the Levant, is easy to recommend. Pastitsio, or baked ziti with ground beef and béchamel, also is an appealing, homey main course.

Grilled baby lamb chops stand out, juicy, tender and well-seasoned. The hefty, baked lamb shank, accompanied with orzo and finished with a light tomato sauce, is their equal.

Parea sends out a fine falafel patty of ground, fried chickpeas, dabbed with tahini sauce that’s best with pita. If you’re not attracted by the Mediterranean and Greek fare, there’s shrimp salad and tuna salad, hamburgers on a bun or in a pita, and cheeseburgers, too. A side of lemon-and-herb oven potatoes and another of feta cheese are good company with almost any dish.

Desserts take in a husky but crisp-free version of galaktoboureko, the rich custard-and-phyllo production. The house’s baklava similarly is a generous affair, though on the dry side. Rice pudding: creamy, slightly soupy, to the point.

But the real sweet at Parea is nostalgia, expertly wrapped.

Refreshed and identical down to the telephone number, style and menu, Parea Restaurant & Snack Bar keeps to what its predecessor did best: