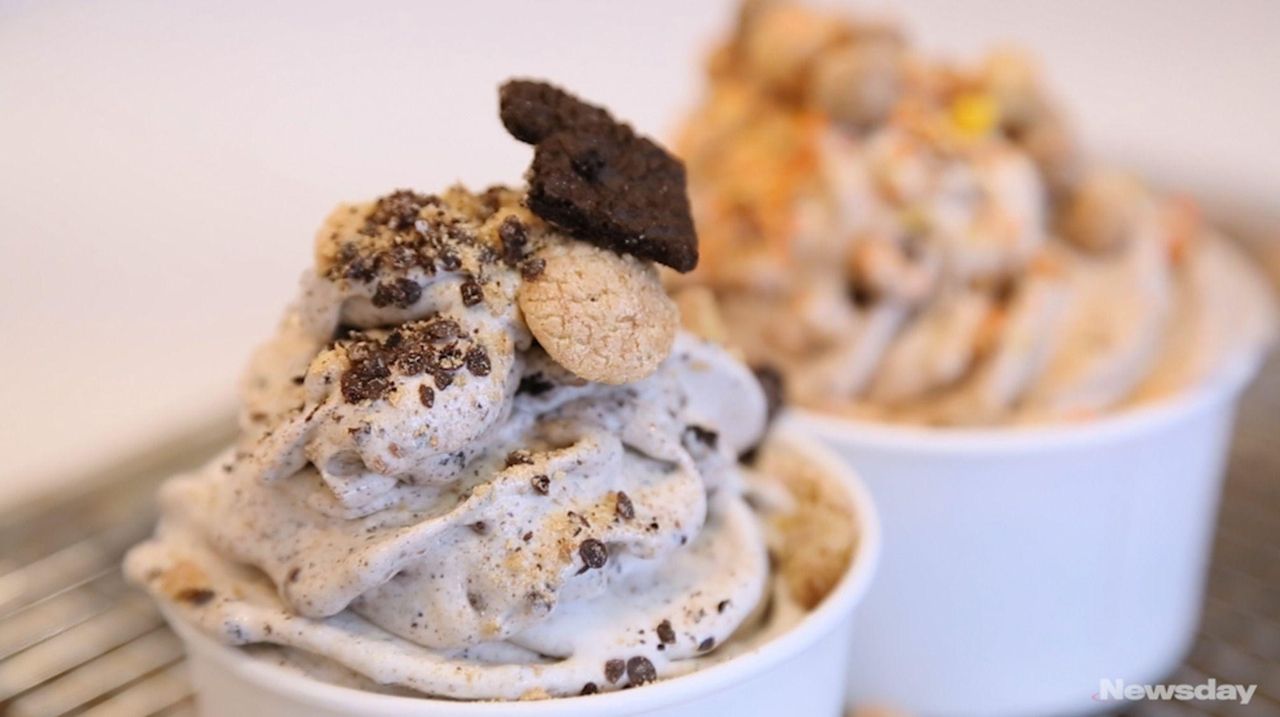 On Thursday, July 6, 2017, the owner of Seaford's Spoons Ice Cream & Cereal Bar offered a sneak peek behind the scenes of his soon-to-open eatery, which features ice cream blended with your favorite breakfast cereals. Unlike other ice cream parlors that sprinkle toppings on their frozen desserts, Spoons' offerings will feature the flavor of the cereal in every bite. Credit: Barry Sloan

If you’ve ever wished that the milk in your cereal was actually ice cream, Sergio DeCiantis has created a place for you.

“Basically, the ice cream takes the flavor of the cereal, and they get blended into soft-serve that still has some texture to it,” said DeCiantis, owner of the adjacent Cara Mia Restaurant, as well as co-owner of Park Place Restaurant & Bar in Floral Park. “When you go and get ice cream or frozen yogurt with toppings on it, it’s gone in five bites. With the swirl, every bite has flavor. It’s unique.”

By the “swirl,” DeCiantis means ice cream swirl, his name for the creation. Customers can choose from 20 different cereals, including Frosted Flakes, Fruity Pebbles and Cinnamon Toast Crunch — as well as 20 toppings, from crumbled cannoli shells and Oreo cookies to bits of York Peppermint Pattie — for hundreds of possible combinations. An ice cream swirl with one topping costs $6; it’s 75 cents more for each additional cereal or topping. Milkshakes start at $7.

The shop is housed in a building behind Cara Mia that DeCiantis had been using as a prep kitchen. When he came across a machine he describes as “basically a drill press that looks like a blender,” the idea for Spoons was born, and he renovated the spot into a bright, tiled ice-cream takeout place decorated with colorful spoons attached to the wall.

DeCiantis spent time trying to find the ideal vanilla ice cream for his base. The key to the process, he said, is making sure the ice cream is “very cold.”

“Once you put it in the blender, the temperature will rise a little bit,” said DeCiantis, whose “go-to” has become a swirl with Reese’s Puffs cereal, Reese’s Peanut Butter Cups and Reese’s Pieces.