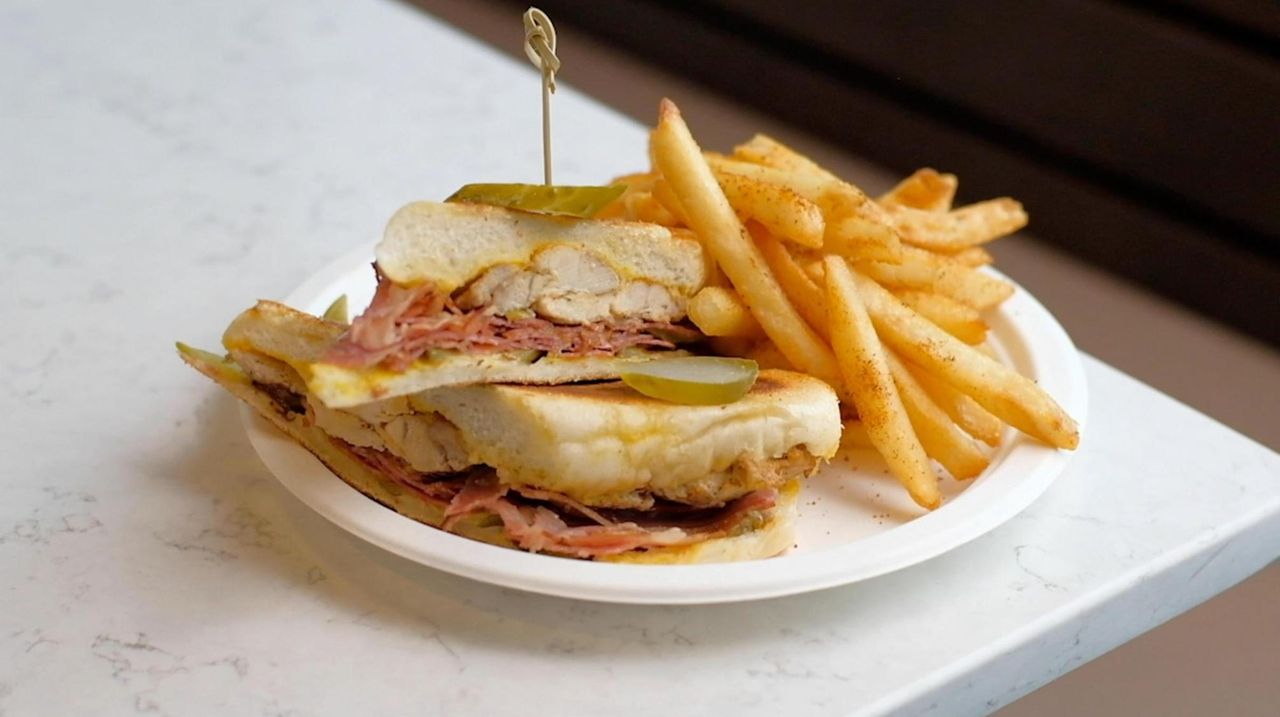 Streats stands at the informal intersection of "street" and "eats."

Just south of the railroad tracks in Cedarhurst, this fast-casual, kosher newcomer comes via the restaurateurs behind three-star Doma Land + Sea, one of Newsday's top 10 fine dining spots in 2017 and a Top 100 restaurant in 2018.

In addition to Doma, which also is kosher, Boris and Edward Safaniev operate Cork & Slice, a kosher Italian-New American eatery. The three establishments are within walking distance of each other. But the Safanievs cover a lot of territory.

Streats Food + Drink is by far the most modestly priced and most relaxed of their creations. Scan the menu from a sign above the bustling kitchen, make your choices at the counter, pick a beverage from the case in front of you, and take a seat. A model New York State license plate with the name of a Cedarhurst street will identify your table. In a bit, the fare will be delivered in 100 percent-compostable Sabert bowls.

There are two dining areas, each streamlined and spare. One has a white brick wall and tables that extend the length of  sizable banquettes; the other, equally frills-free tables for two to four.

Edison-style lights stretch overhead, as if you've happened upon an impromptu street fair. What looks like artfully arranged bicycle wheels decorate part of the ceiling. A print of street artist Banksy's memorable "Life Is Beautiful," starring Billie Holiday, finds a place to oversee the bigger room. About 75 diners fit here. Many are younger families with children. Sometimes, three generations are at table. Millennial twosomes drop in later.

You may find Streats a minimalist, eco-conscious venue for food-in-a-hurry. But, even if the approach doesn't exactly sing to you, much of the fare is very good, from shareable starters, sandwiches and salads, to market plates of protein, and a few dishes that veer from the Levant.

Streats creatively fashions a kosher version of the Cubano, in a tasty tour de force that's dubbed the restaurant's "signature sandwich." It's made with chicken, pickles, mustard, and vegan "cheese," on toasted bread, and surprises with each bite. The main competition comes from a crisp, moist and hefty fried chicken sandwich. The brisket sandwich, on the dry side, trails them.

"A bowl of Seoul" translates into a diverting, bulgogi-style beef dish enlivened with kimchee slaw, ginger, scallions and shishito peppers. Shakshuka, the colorful tomato-fueled stew with eggs, gets a boost from harissa and cilantro, plus more shishitos.

The top choice, however, is the "market plate" of well-seasoned rotisserie chicken. Side dishes are led by Yukon gold mashed potatoes, sweet potato fries, snappy slaw and hummus. A salad is added.  Roasted salmon, steak, chicken shawarma, and falafel are offered the same way.

To go with these dishes, there's raspberry-lime lemonade, Boylan sodas, sparking waters and other soft drinks, as well as a Goose Island India pale ale, a red wine and a white, and cocktails. For dessert: only cookies. But the Coco Loco, with tequila, lime and Coco Lopez could do double duty.