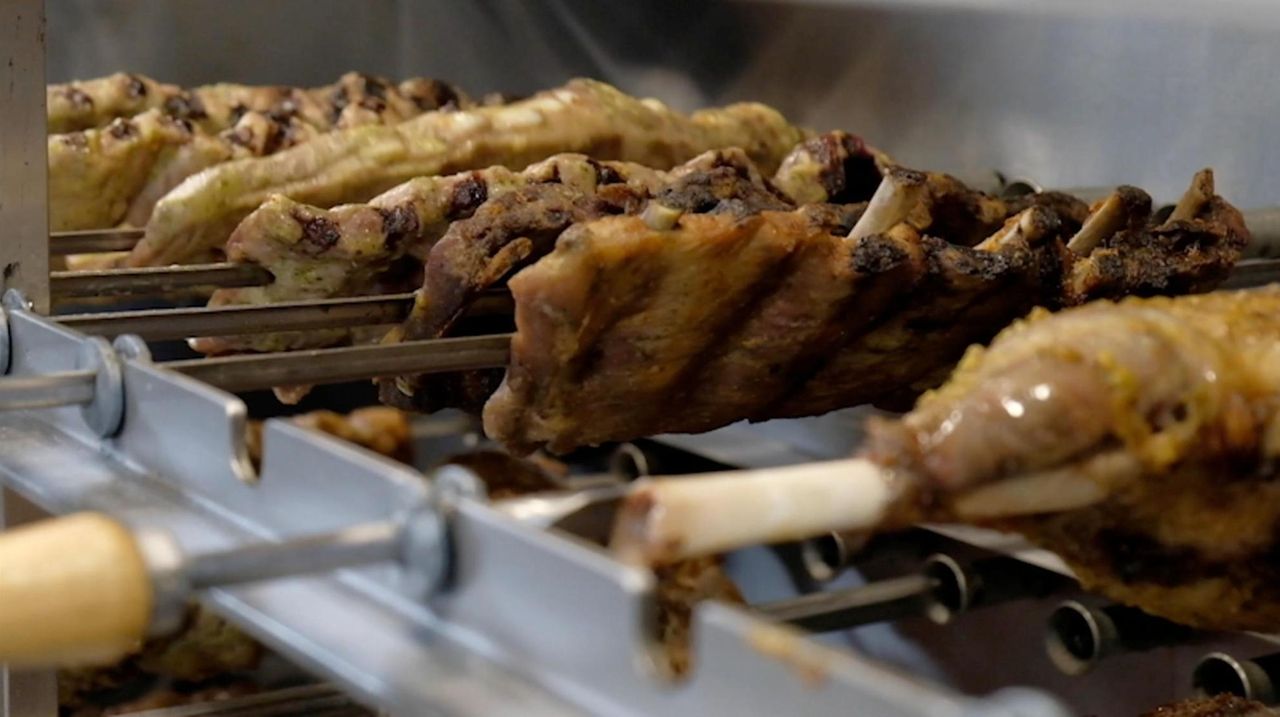 AMBIENCE: Vivid and booming, with a striking centerpiece salad bar and kinetic feel

Men with knives are coming at you, one after the other, skewers of steak in one hand, machete-like blades in another. Dressed like gauchos, they look as if they’ve just dismounted their horses — but this is the mall (the Smith Haven Mall, specifically) and they mean no harm. They’re simply looking for the color of the little plastic discs on each table.

“Picanha?” they might ask, if they see that disc is green. “Sausage?” At first, you nod and wield comparatively tiny tongs, accepting slice after slice of steak, lamb, pork loin. Just when you can’t stomach another bacon-wrapped filet mignon, though, and turn your disc to red (meaning: stop), the server appears with a tray of enormous desserts, goading you to eat just a little bit (or a lot) more.

Gluttony is the organizing principle at Texas de Brazil, the first Long Island location of an all-you-can-eat Brazilian barbecue (aka churrascaria) chain that started outside Dallas in 1998. Wedged loosely between L.L. Bean and Macy’s, it’s a vivid spot awash with natural light and eye candy everywhere you look: a wall of wines here, meats roasting behind glass there, a dried flower arrangement bigger than many people exploding from the top of the salad bar.

The concept is this: For $47.99, eat as much flame-roasted (over coal) meat as possible, and raid the superabundant salad bar ($29.99 on its own) as many times as your feet and stomach will carry you. This is a universe with its own logic, though, and since servers are still gaining their sea legs, here’s some things they may or may not tell you.